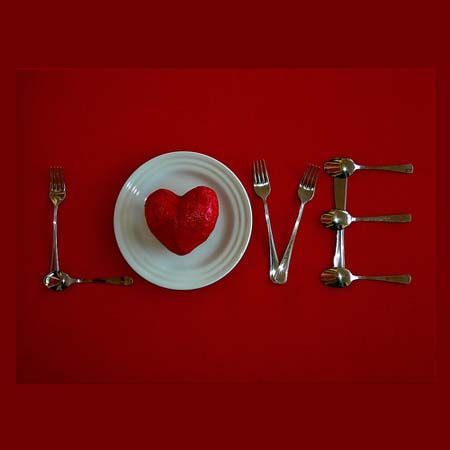 For thousands of years, humans have been trying to boost their libidos and improve their sex lives. Naturally, food has been at the center of this quest. The word aphrodisiac is derived from the Greek goddess of love, Aphrodite. Here are 10 foods that are considered to be aphrodisiacs.

Artichokes
The ancient Greeks and Romans believed that artichokes were an aphrodisiac. In the Middle Ages, women were prohibited from eating them due to their ability to provoke sexual desire. Dr. Bartolomeo Boldo wrote in 1576 that the artichoke “has the virture of … provoking Venus for both men and women; for women making them more desirable, and helping the men who are in these matters rather tardy.”

Oysters
Osters are one of the most well-known aphrodisiacs. The infamous 18th century Latin lover, Casanova, claimed to eat 50 oysters for breakfast every day. Modern research has proven that he did indeed eat a breakfast of champions. It turns out that eating oysters supplies the body with two rare amino acids, D-aspartic acid and N-methyl-D-aspartate, that cause the body to release increased levels of testosterone in men and progesterone in women. Oysters need to be eaten raw in order to reap their benefits.

Chocolate
Casanova didn’t rely just upon oysters for a libido boost. He also ate chocolate to prepare himself for taking all those women to bed. Before Casanova, the Aztec emperor Montezuma was said to drink large amounts of chocolate before consorting with his harem.

Today, chocolate is one of the most popular gifts given by men to women on Valentine’s Day. Modern research has found that chocolate contains tryptophan, which helps in the process of sexual arousal, and phenylethyalanine, which contributes to the feeling of being in love. However, scientists say the levels of these chemcials are too low to make much of a difference in our sex lives. That doesn’t mean that they’ve discovered all there is to know about chocolate’s seductive powers. Casanova was right about the oysters, after all.

Celery
Celery has been considered an aphrodisiac for thousands of years. Modern studies have found that celery contains a pheromone called androsterone, which is released by male sweat glands in order to attract females.

Beets
The Romans considered beet juice to be an aphrodisiac. Today, scientists believe that the high boron content of beets may help keep the body’s sex hormones at healthy levels. They are also rich in iron and potassium, both of which are essential for a healthy reproductive system.

Strawberries
Strawberries have long been associated with love, sex, and sensuality. Strawberries may indeed boost the sex drive thanks to the vitamin C, potassium, and zinc that they contain. Eating a ripe strawberry or, better yet, a chocolate-covered strawberry, is a sure way to stimulate your senses and your libido.

Avocados
It’s no surprise that the avocado has been considered an aphrodisiac for thousands of years, given its sensual shape and soft texture. The Aztec word for avocado, ahuacatl, means “testicle.” In the 1920s, U.S. avocado growers launched an advertising campaign that attempted to convince people that avocados were not aphrodisiacs, but nobody was convinced. In Japan, people take avocado oil for its libido enhancing properties.

Avocados are full of vitamins and nutrients that improve the overall health of the body which in turns helps boost the libido. They are especially high in vitamin E, which is known for its ability to boost the sex drive.

Asparagus
Thanks to its phallic shape, asparagus has a centuries-old reputation as an aphrodisiac. Asperge, the French word for asparagus, is a slang term for the male member. In the 19th century, grooms ate asparagus on their wedding night to improve their performance.

Garlic
Garlic breath may not be the sexiest attribute in a lover (unless you’ve eaten it, too!), but it turns out that the allicin in garlic increases blood flow to the body and, consequently, the sexual organs. The ancient Greeks knew about the libido-enhancing properties of garlic and ate it on a daily basis.

Chili Peppers
If you enjoy spicy foods, eating them may help to heat things up in your body and perhaps in the bedroom, too. Many cultures over the centuries have considered chili peppers to be sexually stimulating. Chili peppers contain capsaicin, which is generally stimulating to the body. It increases the sensitivity of nerve endings and increases the heart rate. Eating peppers also releases endorphins in the body.