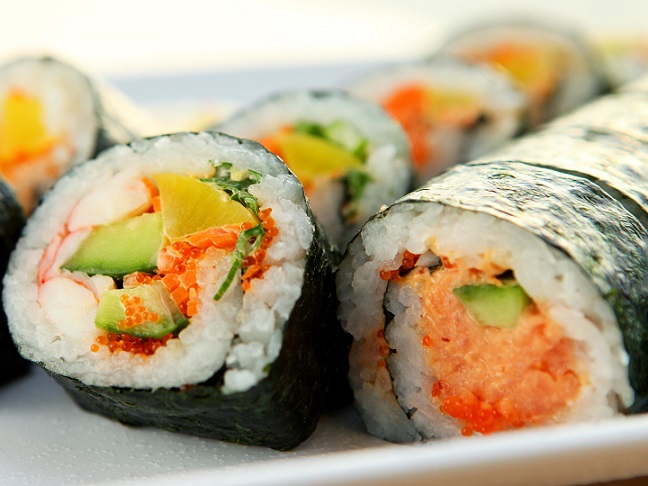 In this post from Women’s Health, Annie Daly has put together a list of 7 easiest tricks ever to eating healthy. So easy that you won’t even notice these changes!

Of course you know that eating healthy is a lifelong goal—but that doesn’t mean that it takes ages to make it happen. In fact, there are tons of quick, easy ways to be sure you’re eating well that basically involve zero effort. Here are a few to get you started:

Add Broccoli Sprouts to Salads and Sandwiches
Here’s an easy way to be sure your lunch is extra healthy: Add broccoli sprouts. A recent study from Cancer Prevention Research found that they’re the one veggie that may actually remove pollutants from your body. That’s because the sprouts contain a compound called glucoraphanin, which has been linked to anti-cancer properties in animal studies. The best part? They don’t have a strong flavor, so you’ll barely even notice they’re there.

Use Red Plates
Yep, you read that correctly: Your health could be determined by the color of your dinnerware. Gotta love science! Seriously, though: A study fromAppetite found that people who eat off of red plates tend to eat less than those who eat off of red and blue. The researchers say that could be because our brains associate the color red with stopping—meaning just seeing the bold hue could send a signal to your brain not to overeat.

Smell a Food You Love While Trying a New Healthy Ingredient
In today’s farmer’s market world, there are more mysterious and unknown foods than ever to try. And the cool part is that most of them—like the cucamelon—are loaded with good-for-you nutrients. But if you’re kinda squeamish about tasting them for the first time, try this trick from a recent study published in Appetite: While testing it out for the first time, smell a food you already know you love. It’ll make you more likely to like the new one—no joke! Researchers say that’s because smelling a familiar food reduces your fear of a new one, so you’re more willing to be adventurous.

Suggest a Sushi Place for Girl’s Night
Your 80-year-old self will thank you! The Office for National Statistics recently analyzed the lifespans of women in 21 different countries and found that Japanese women live the longest. That could be due in large part to their healthy diet: They eat lots of veggies, fish, and green tea, all of which are jam-packed with vital nutrients. The best part? It’s so easy to hop on the Japanese train—who doesn’t love a good salmon avocado roll?

Spice It Up
People eat 30 percent less when they put chili peppers on their food than when they don’t, according to another study published in Appetite. That’s because peppers are so spicy that you tend to savor the flavor more—so you’ll slow down and taste each bite and therefore eat less overall. Nice!

Have Eggs With Yolk for Breakfast
Eggwhite omelets in the morning? Pssh. Not the best idea. A study published earlier this year found that high-fat, low-carb breakfasts can help you maintain a healthy weight, whereas high-carb, low-fat breakfasts may make you gain weight. The reason’s pretty interesting: Low-fat, high-carb breakfasts mess with your glucose levels because the carbs cause your blood sugar to crash—so you’re hungrier sooner afterward (and therefore more likely to snack unnecessarily between meals). Be sure to include some fat in your breakfast—in the form of egg yolks, avocado, etc.—so you’ll be less tempted to snack on junk foods later on.

Sprinkle Cinnamon on As Much as Possible
Research has linked this spice to helping lower blood sugar, and it’s also packed with polyphenols, which are antioxidants that decrease the risk of cardiovascular disease. Since it’s so easy to put cinnamon on your oatmeal, in your coffee, in your yogurt—you get the picture—there’s basically no reason not to keep a bottle of cinnamon handy and use it liberally.

Source: The 7 Easiest Ways Ever to Improve Your Diet | Women’s Health Magazine