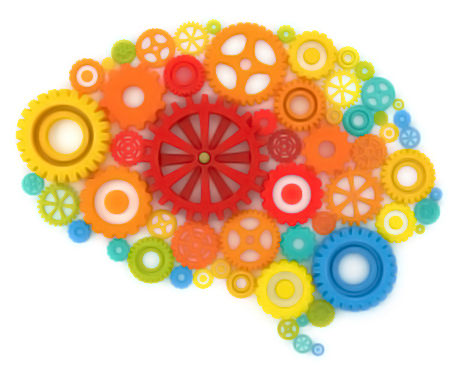 (BeWellBuzz) Alpha Lipoic Acid or ALA has been a hot topic for scientists, health professionals and even beauticians for a number of years for a number of good reasons. It’s being studied and implemented as a treatment for Diabetes II, Peripheral Neuropathy and signs of aging on the skin such as lines and wrinkles. It’s also being put to work to treat all forms of cognitive dysfunction, from common brain fog all the way to severe cases of Alzheimer’s Disease. Here’s why the body loves ALA, and how you can beef up your brain nutrition using it.

ALA is a vital component in cellular metabolism. In that way, it acts like a vitamin. It’s used in converting glucose to energy and is manufactured in every cell.

As a great defender, it acts as an antioxidant. Enthusiasts call it a “universal antioxidant” because, unlike others, lipoic acid is fat and water soluble. That means it can protect lipid and aqueous cell structures. Whereas vitamin C is limited to aqueous cells, and vitamin E to lipid cells, lipoic acid works “universally” throughout the body, causing free radicals everywhere to tremble.

And get this. After an officer, such as vitamin E, neutralizes a free radical, it, too, becomes neutralized (martyred/retired) and must be replaced with a young buck. But if lipoic acid comes along, that ol’ vitamin E compound may have a second chance at life. Studies show that lipoic acid has the ability to resurrect neutralized antioxidants so they can report to duty once again.

To add to its universality, lipoic acid slips easily through the blood-brain barrier. Thus, it employs all its warrior-like vitamin and antioxidant power to maintain healthy cells, and to protect brain and nerve tissues from oxidative stress, a process that damages and causes mutated cells to replicate. You don’t want damaged cells replicating in your hemispheres. Brain cell oxidation can basically leave your brain, and your cognition, with injured players. RLA is essential for protecting those players and guarding cognitive function. When taken by a reasonably healthy adult, RLA has been shown to reverse cognitive dysfunction, significantly improve concentration, memory, and response time, and protect the brain from neurodegeneration associated with age.

Lipoic acid can be obtained both from outside the human body, such as from red meats and some vegetation, and within the body where it’s synthesized from octanoic acid into R-lipoic acid. Other references to the same are RLA, R (+) Lipoic Acid and R-ALA.

Before considering any ALA supplement you need to know that two types of ALA can be found on the earth and, specifically, in vitamin shops today. One is the aforementioned RLA. RLA is native to the body and (probably) the only one useful to your cells.

The other is S-ALA/SLA, an unnatural synthetic by-product created in the man-made production of ALA. RLA is proven to be more than ten times as effective as its man-made counterpart, and there is evidence that SLA may impede the action of RLA in the body. When selecting a supplement look for 100% R (+) Lipoic Acid, otherwise you’re almost assuredly getting 50% RLA and 50% the bio-un­-available SLA.

Because of the potency of ALA to promote brain health, concentration, focus and memory, scientists have been testing its effect upon people with Alzheimer’s Disease (AD) and related dementias. One study done on patients with AD found that a regular dose of 600mg/ day for 12 months “led to a stabilization of cognitive functions in the study group.”[1] It wasn’t found to prevent or cure dementias but to delay the onset or slow progression.

Another study induced a progressive cognitive impairment in rats to imitate the neurodegenerative disorders particularly associated with aging. “The study demonstrated the effectiveness of alpha lipoic acid in preventing cognitive impairment and oxidative stress… associated with age and age related neurodegenerative…such as Alzheimer’s disease.”[2]

ALA is most richly found in red and organ meats such as liver, kidney and heart. Broccoli, dark leafy greens and brewer’s yeast also contain it in small amounts.

Before taking lipoic acid in any supplement form, consult with your trusted health professional.

As mentioned earlier, ALA can be found in supplements, but be aware that packages don’t always confess to their 50% SLA content. RLA costs more to produce, so supplements that provide 100% bioavailable lipoic acid are likely to advertise it loudly as such. Look for 100% RLA or else assume it’s 50/50.

A physician can also administer RLA intravenously. This is mostly for higher doses in people with serious disorders.

To improve brain and cognitive function in a healthy adult, recommended doses range from 25mg – 100mg.

For Diabetics or others with serious conditions, ask your doctor about taking lipoic acid supplements. High doses for patients might range from 300mg – 600mg.

Side effects are rare but can include skin irritations, muscle cramps, headache and “pins and needles.” ALA effects blood sugar levels, so anyone taking medications for diabetes should only take ALA under supervision from their physician. It also may have effect on thyroid. If you’re on thyroid meds, consult with your physician before taking ALA.

Adequate testing on pregnant and nursing mothers, as well as children, has not been done. Avoid use unless directed by a qualified healthcare provider.

Studies show that lipoic acid works in tandem and is most effective when supplemented with acetyl L-carnitine. Supplements are available both individually and together in synergistic blends. Red meats are the richest food sources of L-carnitine, followed by fish and chicken, and then minutely in vegetable sources such as asparagus, avocado and peanut butter.

Other nutrients that partner with lipoic acid are the B vitamins biotin and niacin. Food sources of biotin include chicken eggs (with the yolk), halibut, goat’s and cow’s milk, almonds and walnuts, swiss chard and carrots. Niacin is found in chicken, turkey, tuna and halibut, spinach and green peas, salmon, spelt, peanuts and sweet potatoes.

May you live long, think deeply, and prosper in your spirit, soul and body.