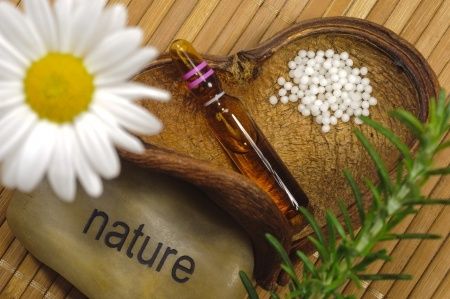 It seems that people may be becoming more and more frustrated with the normal health-care model that most of us are familiar with. More and more, doctors are being told what they can, and can’t do for their patients, by insurance companies, and “medical” executives, who’s degrees are actually in business, and have never treated a patient in their entire careers. Add to that, the increasing number of ‘syndromes’, and chronic conditions that do not seem to respond well to mainstream medicine. As a result, more people are turning towards various alternative, or complimentary health care systems to find relief. One of these systems is homeopathy.

Homeopathy cannot compete with the antiquity of other alternative health systems, such as Chinese Medicine, Ayurveda, and such, but it is the oldest continuously practiced naturopathic health-care system in Europe. The system was founded by a mainstream doctor, Samuel Hahnemann. He graduated with a Medical Degree from the University of Leipzig in Erlangen, Germany in 1779. After 15 years practice as a MD, he made an astounding discovery. In the late 1700s, a decoction made from the bark of the Chinhona tree ( Rubiaceae chinchona) was commonly used as an analgesic and anti-inflammatory treatment, and known as quinine. Dr. Hahnemann noticed that when quinine was given to a healthy person, it produced very mild symptoms similar to those produced by malaria, which was a major health problem at that time. When given to someone with malaria in a very dilute solution, the malarial symptoms dissappeared (quinine was the standard treatment for malaria until after WW-II, and is still used on plamodiums resistant to the synthetic chloroquine). He published his findings in a paper “Essay on a New Principle for Ascertaining the Curative Power of Drugs”, in 1797. He developed the principle of “Like cures like.”,  which was instrumental in the development of vaccines. Further experimentation with various dilutions led to the conclusion that “Less is more”. This means that the more dilute the solution is, the more effective it is in treating the condition. He experimented with many other substances and developed a set of treatment guidelines, known as a Materia Medica, which are still used today.

How Does It Work?

The exact mechanism is not completely understood, yet, but homeopathic solutions seem to marshal the body’s own healing mechanisms. There have never been many serious scientific studies (in other words, unbiased, and fair) completed on it’s efficacy, but most people that have used homeopathy will tell you that it works, at least as often, and maybe even more so, than mainstream medicine, on at least some ailments. And it does it at less than 1/10th the cost of standard treatments, with no danger of side-effects. One of the best studies done so far is the one completed in 1998, Homeopathic vs Conventional Treatment of VertigoA Randomized Double-blind Controlled Clinical Study;  Michael Weiser, MBChB; Wolfgang Strösser, MD, MBChB; Peter Klein, Msc: Journal Of The American Medical Association, August 1998, Vol 124, No. 8. The study showed that homeopathic treatment was just as effective as the standard medical treatment for chronic vertigo.

The Medical World, even though they freely use many of the same principles, regards homeopathy as pure hokum. This is not surprising, since big drug manufacturers want you to buy their drugs, and they have heavy influence on both the American Medical Association, and U.S. Food and Drug Administration (ever wonder why all the high-ranking officers in the FDA are former drug company executives?) Drug companies are not interested in homeopathic solutions because, since they are naturally-occurring compounds, they cannot be patented. It’s all about the money…

What Can I Expect?

Although the basic principles are easy to learn, and requires no license in most states, you are better off going to someone who is trained, and has experience with homeopathy, preferably a doctor with a degree in Naturopathic or Holistic Medicine. The practitioner will ask you a lot of questions about your health, and your specific complaints, then develop a treatment based on your answers.  The wrong compound will not hurt you, but it will not help your condition. Getting the right compound, or compounds is very important for a successful outcome.  If you are taking medications, there is little, or no danger of adverse interactions with most medications such as blood thinners, NSAIDs, etc… But, you should always check with your Medical Doctor before beginning any complimentary therapies. If homeopathy is going to work for you, you will know it fairly quickly, certainly within a day or two. In many cases, providing the correct solution is used, results can be felt in less than 10 minutes. As a rule, the longer the condition has persisted before treatment, the longer it will take to be completely alleviated. If that particular solution proves ineffective, all is not lost. Your practitioner can simply try another solution, or maybe a different dilution of the same solution. Patience can pay off.

Homeopathy is not a replacement for regular medical care by a licensed physician, but used judiciously, it may provide some surprising results.

This article is for informational purposes only, and does not constitute medical advice of any kind. If you feel you have a medical issue,  seek the services of a licensed physician as soon as you can.