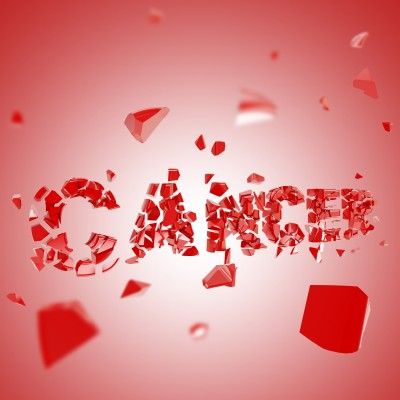 (BeWellBuzz) Scientists discover a spice that, for cancer patients, could be worth its weight in gold.

Now a multi-billion dollar business, chemotherapy was born in the 1940s, and popularized in the 60s. Its effectiveness has been controversial, as side effects are numerous, harsh and even deadly. A recent surprise discovery has exposed that, in some cases, chemo actually promoted the growth of malignant tumors. Meanwhile, an exciting breakthrough has sent scientists back to the labs to verify and better understand how an unexpected spice might wreak so much havoc on cancer.

In recent years researchers discovered that a tumor’s “microenvironment” regulates drug effectiveness on cancer cells. The tumor’s micro-, or immediate, environment serves either as a protective fortress against treatment, or a medicinal beachhead against the tumor.[1] In August 2012, a study was published announcing a surprise discovery: chemotherapy caused treatment (chemo) resistance.

During this study of prostate cancer, researchers found that chemotherapy triggered overproduction of a protein known as WNT16B in the tumor’s microenvironment.

Increase of this otherwise normal protein increased resistance to chemo and other targeted treatments, causing cancer cells to proliferate and migrate. The more frequently and regularly the patient was treated, the greater the tumor’s growth and resistance. As the abstract report reads, “Acquired resistance to anticancer treatments is a substantial barrier to reducing the morbidity and mortality that is attributable to malignant tumors.”[2] In this case it was a “barrier” because it was an accelerant.

I’m sorry for the dark news, but glad to switch gears and tell you, there is light. Consider the case of Vicky Sewart.

After a heavy dose of chemo, Seward lost all the hair on her body. She then proceeded with radiotherapy and surgery, and took the drug Herceptin for one year.[3] Finally, Vicky was in breast cancer remission, but was told she’d have to take an anti-cancer drug for the next five years, solid. She astounded doctors and refused the drug.

Then, Vicky did her own research to develop a treatment plan involving diet and exercise. She eliminated meat and dairy and increased the usual suspects including superfoods, greens, certain fruits, spices and herbs. Four years later, Sewart remained cancer free, and scientists will test and report her status sometime in 2013, the mark of her 5-year remission. Best of all, her health plan has resulted in zero side effects, and has sparked a flame of hope in cancer sufferers and researchers alike.

A major key to the cancer fighting power of her plan? Turmeric.

Turmeric is a rhizomatous herbaceous plant related to ginger. Its active component is curcumin. Curcumin is the subject of much excitement and study today.

One such study, published in July 2011 is entitled, “The curry spice curcumin selectively inhibits cancer cells growth in vitro and in preclinical model of glioblastoma.” Glioblastoma (GBM) is the most aggressive malignant brain tumor.

In this study, researchers isolated curcumin from the turmeric rhizome. In vitro results showed that curcumin “inhibited proliferation and migration and induced cell death” of cancer cells. This is good. This is very good.

They then administered curcumin injections to lab animals with induced GBM. The tumors diminished in nearly 82% of the control group; compared to 0% improvement in the placebo group. No side effects were detected. What’s more, results suggest that curcumin is able to selectively target mutated or transformed cells, leaving healthy cells unaffected. “In summary,” says the report, “data presented here suggest curcumin as a potential agent for therapy of GBMs.”[4]

A second study threw curcumin in the ring against breast cancer.

A cellular receptor known as alpha(6)beta(4) is known as a key in proliferation, motility and survival of cells. In cancer, the active receptor increases tumor aggressiveness and decreases a person’s life expectancy. They found that combining curcumin with drug treatments blocked the activation of alpha(6)beta(4), inhibiting the cancer cells’ ability to consume energy or move spontaneously (motility).

The report concluded, “…these findings show that curcumin inhibits breast cancer cell motility and invasion…and suggest that curcumin can serve as an effective therapeutic agent in tumors.”[5]

While researchers are just beginning to unveil the hidden powers of curcumin, Vicky Sewart is healthier than ever. Scientists are conducting studies based on curcumin injections; Sewart ate the whole spice, and had a holistic treatment approach that involved food, exercise and stress reduction. In her biography she was quoted saying, “The doctors absolutely will not say that it’s [the diet] going to do anything to help the cancer,” but today, some are thinking twice.

[3] The woman who says she is beating breast cancer thanks to low fat diet: Vicky is eating turmeric instead of taking powerful drug. http://www.dailymail.co.uk/health/article-2164034/Vicky-Sewart-The-woman-says-beating-breast-cancer-thanks-low-fat-diet-including-curry-spices–claiming-make-cancer-cells-commit-suicide.html#ixzz2O6kCvSdS