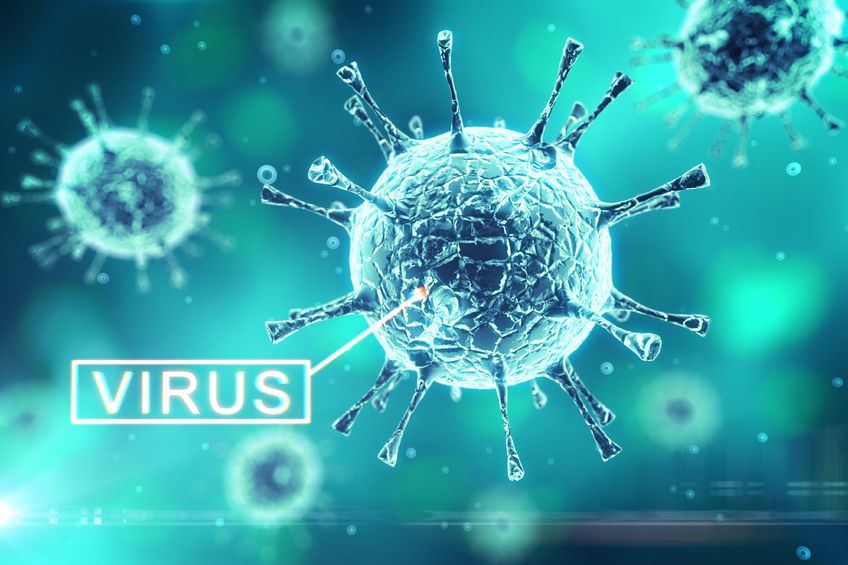 The concept here is cool. It reminds me of how an Aikido martial artist will wield the force of her attacker against the attacker himself; or how a superhero might use the bad guy’s plan to further his own. What the bad guy had intended for evil, the hero uses for good.

It sounds funny, but this is what scientists are thrilled to observe in recent lab studies. Our bodies use viruses to kill bacteria.

We’ve all experienced the increase of mucus during a bad cold or when allergies strike. The slimy and often taboo substance is a powerful, all-natural antimicrobial, fighting invaders and hopefully catching them before they can enter into our system. As Science News explains, researchers once assumed that when the slimy barrier caught a virus, it slowed or even stopped its life and activity. It turns out that mucus actually catches these potential hazards and puts them to good work.

Bacteriophages, also called phages, are a certain kind of virus that are concentrated in mucus. Looking at the tissues in vitro, researchers found that where there is mucus, there are phages, and as mucus increases, so do phages. Furthermore, where there were more phages, there were fewer bacteria. These phages actually “break open” bacteria, killing them and preventing infection. According to Jeremy Barr, co-author and member of the study team, “This is a natural use of phage therapy that has probably been around since mucosal surfaces evolved.”

Scientists believe that mucus is grabbing hold of these non-host generated viruses that have entered into the body, storing them and hiring them for the job of health security in your body.

Up to now we’ve been talking about a biological process that our bodies ingeniously employ to keep us safe and healthy; but in some parts of the world, Phage Therapy (PT) is also a medical treatment. Although PT may result in fewer complications and side effects than antibiotics, it’s more difficult to standardize and mass produce because often the phage prescription will be a “cocktail,” custom made for the individual. Mitigating factors include the type of bacteria causing an infection, as sometimes a specific phage or team of bacteriophages is needed to target a specific bacteria, and even the infection’s location in the body. Add to the technicalities that phages are naturally occurring and, you guessed it, difficult to patent.

This reluctance wasn’t always the case. In the USA, Phage Therapy was once a hopeful find. In the 1920s and ’30s phage treatments for strep, staph and E. coli infections were released, but the technology was swiftly overrun by antibiotics. Nevertheless, without the superpower nation, the Phage Therapy saga continued, and today people travel from the world around to partake of the virus defense in Russia or, its global center, Georgia.

In Georgia, the Phage Therapy Center has been operating for more than 80 years. They openly, fearlessly and unapologetically present PT as “an effective treatment solution for patients who have bacterial infections that don’t respond to conventional antibiotic therapies.” Comparing PT to antibiotics, experts at the Center claim that:

It’s also notable that, in Georgia, there are actually over-the-counter phages available for common, less severe or progressed infections, and during the Cold War Russian soldiers carried phage treatments for cases of dysentery, cholera and typhoid. Taking in a virus to treat illness may be news, but it isn’t new.

Despite the FDA’s avoidance of PT, the American scientific community is reinvigorated. A recent study conducted at the University of Minnesota sought to determine any adverse effects of bacteriophages on “difficult-to-treat wounds.” The study found no complications, and more research is underway.

The Phage Therapy Center has been bought by a U.S. firm called Phage International. Change is in the air, but there’s no telling how long it will take. Because the FDA and America’s medical culture is geared for one-size-fits-all drugs, phages are a challenge. The cost to meet FDA standards is exorbitantly high. As it stands, it could take hundreds of millions of dollars to approve one new drug.

Andrew Kantor of USA Today published the article, U.S. needs to open eyes to ‘phage therapy,’ where he comments, “…the FDA could revise its rules the way it has revised them for flu vaccine: Although it changes every year to meet the current influenza, new versions don’t need to repeat the entire testing process.”

Meanwhile, if you’re in the US and you’ve been battling a serious infection with a resistance to antibiotic treatments, you can get online consultation with The Phage Therapy Center in Georgia (website below). You can also connect with GangaGen, a biotechnology company initially formed in 2000 in India, whose lead product is a phage treatment for staph, and who continues to conduct research and make efforts to bring PT to America. They’re located in Newark, CA, with web address www.Gangagen.com.

Tina Hesman Saey. “Viruses and mucus team up to ward off bacteria.” Science News. Published May 20, 2013.