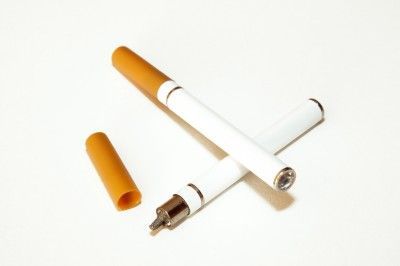 (BeWellBuzz) Every year, millions of people develop serious health conditions such as COPD, heart disease, stroke, lung cancer or worse, die a premature death due to smoking. Smoking is a dangerous addiction, a fact that many smokers acknowledge. With the risks associated with smoking being so severe, it is not surprising that thousands of smokers try to quit smoking every year. Some smokers rely only on their sheer will power to overcome nicotine addiction, while many others use counseling or a nicotine-cessation product to quit smoking.

How you want to quit smoking and which product, if any, you want to use to alleviate nicotine withdrawal symptoms is a personal choice. To help you make a better decision in this regard, we provide all the facts about e-cigarettes.

If you want to use e-cigarettes, you would probably want to know the answers to the following:

Here are the details of the latest study done on e-cigarettes:

Why do so many people use e-cigarettes?

The e-cigarette is a unique product since it is the only one that provides smokers with nicotine, as well as the feel of smoking and holding a cigarette. Most people find e-cigarettes comforting for these two reasons.

Are they safer than regular cigarettes?

Yes, they are, but nobody knows by how much. Dr. Klaus Lessnau, a leading pulmonary and critical care specialist of New York, believe that e-cigarettes are less dangerous to a smoker’s respiratory system in comparison to regular cigarettes.

When a person smokes a cigarette, he/she takes in more than one thousand toxic chemicals apart from nicotine. When you use an e-cigarette, you don’t inhale such toxic substances, and this is why they are believed to be less dangerous to the lungs than the regular cigarettes.

However, Dr. Lessnau, like many other lung specialists, warns that being less dangerous than cigarettes and being 100% safe is not the same thing. To put it accurately, e-cigarettes can damage your lungs, but they are likely to take more time to do so than regular cigarettes.

An independent research conducted by researchers in Greece showed that smoking an e-cigarette for even five minutes can affect lung function in smokers.

As far as the effect of E-cigarettes on the cardiovascular system goes, it is believed that they are about as dangerous as regular cigarettes. So, your risk to heart disease, stroke, or heart attack remains more or less the same if you use e-cigarettes instead of cigarettes.

To sum up, e-cigarettes are less harmful than cigarettes to your overall health. However, the reduction in harm is not by much.

Is it safe to use e-cigarettes for a short period of time?

The benefits of quitting smoking are far greater than any potential risks associated with the short-term use of e-cigarettes. That said, you should consult your physician before using e-cigarettes as part of nicotine-cessation treatment. E-cigarettes may not be safe for even a short period for smokers with bronchitis, asthma, COPD, or any other respiratory problem.

Are e-cigarettes more effective than other nicotine-cessation treatments?

Footnote: E-cigarettes, like normal cigarettes, are harmful to your health, and may not have a better success rate than other nicotine-cessation methods, such as counseling, nicotine-gum, oral prescription drugs, and nicotine patches. So, it is best that you use a nicotine-cessation treatment that has heralded safe by health experts. If you must use e-cigarettes, use them for a short period, only after consulting your doctor.