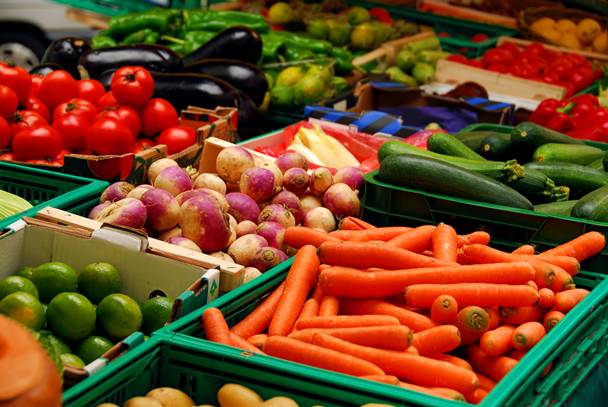 Vegetables are a nutritional cornerstone for your overall health. This post from Mercola.com highlights why you need to eat more vegetables and how to boost their nutritional value even further.

Low in calories, high in fiber, and with almost all the vitamins and minerals your body needs, vegetables are a nutritional cornerstone. While many think vegetables equate to a few leaves of lettuce and some tomatoes, there’s a wide variety of veggies available, and you can use them in a number of different ways.

In addition to eating them raw in a salad, many can be lightly steamed or cooked, and you can boost your consumption by juicing them, or add them to stews and soups. Homegrown sprouts and fermented vegetables are other options that can significantly improve your diet.

Fermenting is one of the best ways to turn ordinary vegetables into superfoods. The culturing process produces beneficial microbes that are extremely important for health as they help balance your intestinal flora, thereby boosting overall immunity.

Fermented foods are also some of the best chelators and detox agents available, meaning they can help rid your body of a wide variety of toxins, including heavy metals.

Since most veggies aren’t very calorie-dense, they should ideally constitute the bulk of your diet by volume. Tragically, very few actually get a healthy amount of veggies in their diet. As noted by Time magazine,1 vegetable consumption has actually declined over the past five years.

“About half of the total U.S. population eats less than 1.5 cups of vegetables a day. And a whopping 87 percent don’t reach the recommended minimum goal of 2 to 3 cups a day.”

If you are in the majority who’s skimping on veggies, you’re really missing out on major health benefits, including the following:2

The Health Benefits of Purple Foods

Vegetables contain an array of antioxidants and other disease-fighting compounds that are very difficult to get anywhere else. Plant chemicals called phytochemicals can reduce inflammation and eliminate carcinogens, while others regulate the rate at which your cells reproduce, get rid of old cells, and maintain DNA integrity. Many of the benefits associated with vegetables are due to the natural pigments in the food.

While it’s advisable to eat all the “colors of the rainbow,” purple foods tend to stand out above the crowd, courtesy of their potent antioxidants called anthocyanins.12 Research has linked anthocyanins to a reduced risk for a number of diseases, including cancer, cardiovascular disease, and neurological dysfunction and decline.

They also help prevent obesity and diabetes, in part by inhibiting certain enzymes in your digestive tract, and by supporting healthy blood sugar control. They also have potent anti-inflammatory effects, which helps explain their protective effects against chronic disease. Deep red and blue foods — including all berries and cherries — are also loaded with beneficial antioxidants. Vegetables high in anthocyanins include:

Cruciferous Veggies Are an Important Part of an Anti-Cancer Diet

Vegetables are also a key component if you want to reduce your risk of cancer.13,14 Cruciferous vegetables, such as broccoli, cauliflower, and cabbage, appear to be particularly important, and have been repeatedly shown to help prevent certain cancers by inhibiting cancer cell growth and promoting apoptosis (cell death). According to Olga Azarenko, a scientist at the UC Santa Barbara laboratories, whose research shows how the healing power of these vegetables works at the cellular level:15

“Breast cancer, the second leading cause of cancer deaths in women, can be protected against by eating cruciferous vegetables such as cabbage and near relatives of cabbage such as broccoli and cauliflower. These vegetables contain compounds called isothiocyanates which we believe to be responsible for the cancer-preventive and anti-carcinogenic activities in these vegetables.”

Broccoli, and even more so broccoli sprouts, contain the highest amounts of isothiocyanates. Other vegetables containing isothiocyanates include the following:

The isothiocyanates in these vegetables sparks hundreds of genetic changes, activating some genes that fight cancer and switch off others that fuel tumors.16 According to one recent study,17 “research suggests that cruciferous vegetables are not only an important source of nutrients, but perhaps a key to eliminating cancer as life threatening disease.” Besides breast cancer, studies have confirmed the protective benefits of these vegetables for other types of cancer as well, such as:

The ‘Trick’ to Maximizing Sulforaphane in Your Broccoli

One naturally occurring isothiocyanate known for its potent anti-cancer activity is sulforaphane, which is formed when you chop or chew broccoli (this combines its precursor glucoraphanin and the enzyme myrosinase). Once swallowed, gut bacteria help release some of broccoli’s sulforaphane so your body can benefit, but it’s a tricky proposition because sulforaphane is attached to a sugar molecule with a sulfur bond.

In order for the sulforaphane to be released, an enzyme in the broccoli breaks off the sugar to release it. However, the sulforaphane can be easily inactivated by a sulfur-grabbing protein.

Researchers have found that one of the best ways to maximize sulforaphane your body can use is to heat the broccoli for 10 minutes at 140 degrees Fahrenheit (or steam it lightly for three to four minutes until it’s tough-tender).24 This was just enough heat to kill the epithiospecifier protein, which attaches to the sulfur and greatly depletes the amount of bioavailable sulforaphane.

Another option is to eat broccoli sprouts. Fresh broccoli sprouts are FAR more potent than whole broccoli, allowing you to eat far less in terms of quantity. Tests have revealed that 3-day-old broccoli sprouts consistently contain anywhere from 10 to 100 times the amount of glucoraphanin – the precursor to sulforaphane – found in mature broccoli.25

According to the researchers, benign lesions in breast tissues may turn into tumors if they receive a “trigger” such as progestin, which attracts blood vessels and “feeds” the lesions, allowing them to expand. When this occurs, the breast cancer cells “take on stem cell-like properties, which can make them harder to kill,” the study’s lead researcher stated.

However, when breast cancer cells were exposed to luteolin in the lab, their viability markedly decreased. Not only did the blood vessels feeding the cells significantly decline, but their “stem cell-like properties” were also reduced, resulting in an anti-tumor effect. The researchers then tested luteolin on mice with breast cancer and similar benefits were observed.

If you struggle getting enough vegetables into your diet, try juicing, and add sprouts. Sprouts are exceptionally packed with nutrients, including antioxidants, minerals, vitamins and enzymes that protect against free radical damage, so in terms of volume you can get away with eating far less.

The content of vitamins and essential fatty acids increase dramatically during the sprouting process. Sunflower seed and pea sprouts tend to top the list of all the seeds that you can sprout and are typically each about 30 times more nutritious than organic vegetables you can even harvest in your backyard garden.

The quality of the protein and the fiber content of beans, nuts, seeds and grains also improve when sprouted because minerals, such as calcium and magnesium, bind to protein, making them more bioavailable. Sprouts can also contain up to 100 times more enzymes than raw fruits and vegetables, allowing your body to extract more vitamins, minerals, amino acids and essential fats from other foods.

Sprouts support healthy cell regeneration, and have an alkalinizing effect on your body that is thought to protect against disease, including cancer (as many tumors are acidic). Abundantly rich in oxygen, sprouts also help protect against viruses and bacteria that cannot survive in an oxygen-rich environment.

Sprouts are the ultimate locally-grown food, and can easily be grown in your own kitchen, so you know exactly what you’re eating. Another boon is their low cost. Sprouts-as-medicine.com29 is a good source for things relating to sprouts: their health benefits, recipes, and how to grow your own.

The British verticalveg.org30 is another. The latter gives helpful growing tips for each month of the year. One of the benefits of sprouts is that you can grow them year-round, even when it’s cold and dark. The article 6 Easy Steps to Sprout Heaven31 teaches you how to grow your own sprouts, from start to finish. Some of the most commonly sprouted beans, nuts, seeds and grains include:

My recommended list of vegetables (below) provides a guide to the most nutritious vegetables, and those to limit due to their high carbohydrate content (think: starch is “hidden sugar”). Organic and locally grown vegetables are ideal for maximizing nutrition, limiting pesticide exposure, and increasing freshness. Avoid wilted vegetables, as they lose much of their nutritional value once they wilt.

Again, juicing is a great way to boost your vegetable intake. When you drink fresh-made green juice, it is almost like receiving an intravenous infusion of vitamins, minerals, and enzymes because they go straight into your system without having to be broken down.

Source: The Benefits of Eating Vegetables