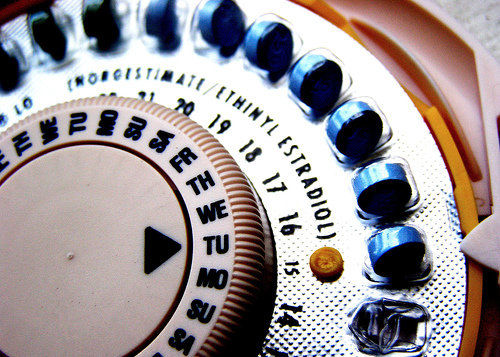 ( BeWellBuzz) An easy and convenient method to prevent women from getting pregnant is through hormonal contraception or what we all know today as “the pill”. It is a method of birth control in which a contraceptive is consumed by a female by mouth which can decrease the possibility of pregnancy for sexually active women if taken correctly and consistently. It can protect the female from unwanted pregnancy but it does not guard them against sexually transmitted diseases which include herpes and HIV virus. Today, an estimated 150 million women take oral contraceptives all around the world because of its easy accessibility. It is indeed true that some of these birth control pills can be bought over the counter and are readily available worldwide but the awareness of women for some of its health hazards have not been considered. Many women are not conscious of what these birth control pills do to their bodies which should have been a tantamount thing.

Firstly, understanding a woman’s cycle is important in order to understand how birth control pills cause damage to the body. As a natural cycle, a woman’s egg cell ripens every month and goes to the Fallopian tube for a period of time. A sperm can reach the egg there to be fertilized and journeys into the uterus to be implanted. The lining of the uterus gradually changes to accept the fertilized egg and prepare it for conception. But if the egg is not fertilized, the lining of the uterus sheds off, cleanse the reproductive system and continue the menstrual cycle for the following month.

How does a birth control pill work?

The natural cycle of the reproductive system is altered once birth control pills are taken because of the introduction of synthetic hormones. The synthetic progestin and estrogen in oral contraceptives disrupt the normal cycle of hormones to avoid pregnancy. Actually, there are combined factors to avoid the pregnancy. It can prevent the body to release a ripened egg from the ovary, alter the cervical plug to make the sperm immobile not reaching the egg before its viable period or change the cervical mucus lining to make it more difficult for a fertilized egg to be implanted. The abnormality of the reproductive cycle is what makes it hazardous to most women and yet it has been neglected by many.  Aside from this disruption, emotional, psychological and mental aspects are also affected when contraceptives are taken. There are several pills that contains large amounts of synthetic hormones which greatly contributes to several side effects that women experience. Yet, only some of the doctors discuss the consequences of these pills.

Birth control pills change the physical aspect of a woman in response to the synthetic hormones introduced to the body. It can make the breasts larger and more tender, either increase or lessen the occurrence of acne, can contribute to weight loss or gain, irregular bleeding and spotting, and can make you feel nauseated or dizzy sometimes. It also affects your emotional state because of the fluctuating levels of hormones in your body. It can create mood swings before and after the menstrual cycle, can intensify your depression or may lessen libido.

A more serious health damage cause by birth control pills are the risks that accompany them. It accelerates the risk of liver tumors and cancers specifically cervical and breast cancer. It may lead to chest pains or heaviness which are important manifestations of a heart attack. It can also lead to speech impairment, numbness or weakness of an upper or lower extremity and a severe headache; all are definitive signs of having a stroke. Moreover, it can increase the existence of migraine. It can cause gall bladder disease and infertility. Since birth control pills make the blood concentrated, it can contribute to:

In addition to this, there were also reported cases of liver damage and allergic reactions due to the intake of birth control pills. Liver manifestations include:

Signs of allergic reactions include itching, unexplained rashes or hives, unexplained swelling, wheezing and having a hard time swallowing or breathing.

Aside from diaphragms, cervical caps, condoms, and spermicides, there are many ways to prevent pregnancy naturally that are much safer for both men and women. If practiced correctly and in conjunction, the methods are highly effective and failure rates are very low.

Checking cervical mucous – As a woman draws closer to the time of ovulation, her cervix produces a clear mucous. Becoming thinner and stickier, then slippery and very stretchy that is of an egg white consistency as ovulation is imminent. Women who are trying to avoid pregnancy should delay intercourse while this mucous is present or find another form of birth control during this time. By itself, this method has a 20% failure rate per year. Combined with other methods, it is very reliable.

Ovulation Kits and Predictors – These are the standard ovulation kits that can be purchased at any pharmacy. These measure luteinizing hormones (LH). The LH surges just before ovulation occurs and is detectable approximately 8-12 hours before hand. The standard kit measures the LH in the urine. There are also predictors that are basically small microscopes that test the saliva. Each morning a drop of saliva is placed on the lens of the microscope. When dry, the lens can then be examined for signs of ovulation. During infertile periods, the results look like dark spots on the lens. As ovulation begins, the saliva will appear to have a crystalline fern pattern. Intercourse should be avoided when the “fern” pattern is noted or other forms of birth control should be practiced. These devices may also be purchased at your local pharmacy.

Symptothermal Method – This method is a combination of basal body temperature, calendar aspects, and mucus inspection. All factors are taken into consideration as well as other symptoms that the woman may experience at the onset of ovulation such as slight pinching or cramping in the abdomen and breast tenderness.