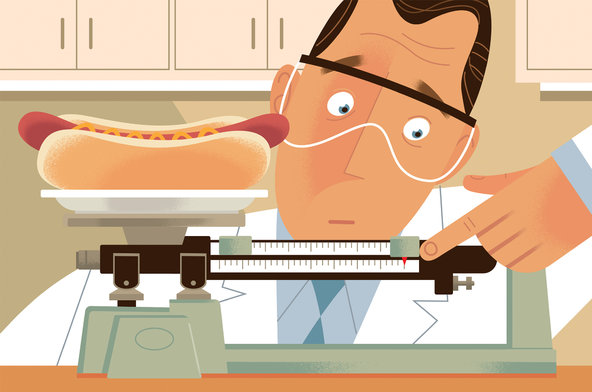 Updated every five years, the recently announced federal dietary guidelines packed in some surprises despite being similar to those of the past 35 years. This post from Well blog reviews what’s new in this year’s dietary guidelines: there’s welcome news for lovers of shrimp, eggs and coffee, but some confusion on fat and conflicting information over meat.

There’s good news, and not-so-good news for some, in the new Dietary Guidelines for Americans, released Jan. 7 by the Agriculture and Health and Human Services Departments.

If, like me, you are a fan of high-fat foods like nuts or avocados, high-cholesterol foods like shrimp or eggs, coffee or an occasional alcoholic drink, the new guidelines provide some additional reassurance. They emphasize the need to focus on a health-promoting eating pattern “across the life span” that includes these and other foods, in moderation, while cutting down on added sugar.

On the other hand, the new guidelines can be confusing, containing what seems like conflicting messages and bowing, in some cases, to industry pressures, especially with regard to meats.

The new guidelines emphasize a lifelong eating pattern that contains adequate essential nutrients, a caloric intake that supports a healthy body weight and foods that reduce the risk of chronic disease. This means diets with a rich variety of vegetables and fruits; whole grains; fat-free or low-fat dairy foods like milk, yogurt and cheese, and protein foods that contain little or no saturated fat, including eggs, shellfish, lean meat and poultry, beans and peas, soy products, nuts and seeds.

However, the new guidelines do not suggest restricting total fat, a nutrient that has been much maligned, albeit unfairly it is turning out, as something to avoid to maintain a normal body weight. While it is true that ounce for ounce, fat has more calories than sugars and proteins, it is also more satiating and can curb overeating.

It is critical, though, to understand the difference between fats. Most experts consider saturated fats to be the bad actors; they are found in butter, whole milk, well-marbled meats, poultry fat (especially the skin) and tropical oils like coconut and palm oil.

But unsaturated fats like those in olive oil, nuts, avocados and fatty fish, as found in a traditionalMediterranean diet, have been repeatedly linked to better health and longevity. Including such fats in one’s diet can facilitate weight management by reducing between-meal hunger and calorie-rich snacking.

With saturated fat widely considered the primary culprit in raising blood serum levels of cholesterol, most experts are far less worried about cholesterol intake from low-fat foods like eggs, shrimp and other shellfish. Although a small fraction of the population may be sensitive to dietary cholesterol, for most people on an otherwise wholesome diet, cholesterol naturally produced by the liver is the main reason for rising serum cholesterol that prompts people like me to control it with a daily statin.

More good news, this time for fellow coffee-lovers. For the first time since the 1980s, when five-year updates to Dietary Guidelines for Americans were first issued, they specifically mention that moderate consumption of coffee – a couple of cups a day — can be part of a healthful eating pattern. Moderation is also urged with regard to alcohol, up to one drink a day for women and up to two for men.

But white rice and breads, cakes, cookies and pastries would take a hit if most Americans abided by the new guidelines. They urge that at least half of the grains we eat be whole ones, not refined and stripped of their essential nutrients. Refined grains amount to empty calories that are not much better than eating straight sugar, which they quickly turn into when digested.

Indeed, it is now widely believed that the fear of fat promulgated decades ago inadvertently led to the current obesity crisis when people seeking low-fat foods turned instead to ones overloaded with carbohydrates, the so-called “Snackwell” effect now largely blamed for rising weights.

According to the findings of countless large studies, much of what is produced on American farms ends up as foods that can undermine health. The most blatant example is red meat, especially processed meats that are high in potentially health-robbing saturated fat and salt. Although the agencies’ advisory committee initially sought a recommendation to cut back significantly on such foods, which are associated with an increased risk of cancer as well as heart disease, this advice was deleted from the final guidelinesfollowing vehement protests from the National Cattlemen’s Beef Association, an industry trade group, and its supporters in Congress.

Yet the new guidelines continue to urge people to limit their consumption of saturated fats to less than 10 percent of daily calories, and to cut sodium (read salt) by about one-third, to 2,300 milligrams a day for adults and children 14 and older. Although one major study published in 2014 in The Annals of Internal Medicine challenged the role of saturated fats in damaging arteries and promoting heart disease, most experts, including the American Heart Association,continue to warn against their overconsumption.

As for sodium, there is little doubt that the amount currently in the American diet contributes to the gradual rise in blood pressure with age, which increases the risk of heart disease and stroke.

Two decades ago, a friend of mine suffered a heart attack shortly after eating a pastrami sandwich rich in both saturated fat and salt. While health problems can’t be attributed to eating a single sandwich, a lifetime of avidly consuming steaks, burgers, sausages and other processed meats can load the body with unhealthful fats and salt.

The guidelines do suggest that teenage boys and men eat less protein. But because the guidelines do not specifically say how this should be accomplished, these groups could still derive much of their protein from unhealthful meats.

Yet the new guidelines come down hard on added sugar, much of which Americans consume via soda and other sugar-sweetened drinks. They suggest limiting added sugars to less than 10 percent of daily calories, which will be easier to accomplish once the Food and Drug Administration’s proposed label change to list added sugars separately from naturally occurring sugars takes effect. It is not the natural sugar in dairy foods and fruits that undermine health so much as the sugars added to foods like ice cream and fruit drinks and the enormous array of dessert and snack foods that Americans consume.

Economics clearly comes into play here. The sugar industry’s economywide annual impact is $19 billion, which may sound like a lot until you compare it with the meat and poultry industry – the largest segment of the country’s agricultural economy – which has a ripple effect that generates $64.2 billion a year. It is easy to see which has the strongest clout.

via What’s New in the Dietary Guidelines