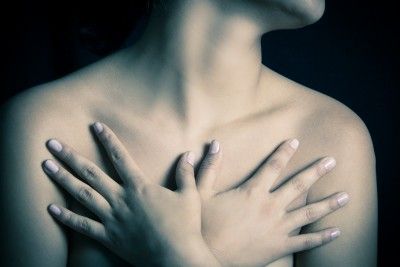 (BeWellBuzz) Lemons can be sliced and eaten or even squeezed into a sour-sweet juice and drunk. Yes, lemon is a versatile fruit. But more importantly, it is a fruit that comes with a variety of healing properties. For a long time, it has been known to play a vital role in correcting weight issues and digestion problems. However, in recent times, research has also been able to prove lemon’s curative nature when it comes to pancreatic cancer, colon cancer, and leukemia. And now, in an all new study, lemons have been linked to breast cancer. So how are the two connected? Read on to find out.

What the study says

If the lemon fruit has been found to contain cancer-fighting abilities, it’s because the fruit contains limonoids. The latter are natural compounds that exist in lemons and other citrus fruits. The new study has found limonoids to be crucial in fighting breast cancer. These natural compounds impede growth of cancerous cells in both ER positive and ER negative breast cancers. ER positive and ER negative are kinds of breast cancer that grow corresponding to estrogen.

How the study was carried out

The basic raw material for this study was 14 kilos of lemon seeds dried. Once dried, fat was removed from the seeds and the latter were crushed into a powder. The seeds revealed nine different kinds of limonoids, which were then extracted. Out of the limonoids found, seven showed cytotoxicity against ER positive cancer cells and four were seen to be cytotoxic against ER negative cancer cells. Cytotoxicity is the ability or quality to be toxic to cancer cells.

Aromatase is an enzyme that facilitates the synthesis of estrogen. In the past, tests that involve measuring enzyme activity have proved aromatase to be stronger in breast cancer tissue. Limonoids inhibit aromatase – so, this effects in less and less estrogen available for cancerous cells to use for growth.

Much research has gone into the cancer-fighting ability of limonoids. Take the example of a 2002 Institute of Food and Agriculture sciences, University of Florida report. This report revealed how limonoids can inhibit cancer development in not only humans but also laboratory animals. Apart from launching an attack on breast cancer cells, limonoids also work to reduce cholesterol. The report also suggested that the ingestion of limonoids necessarily doesn’t mean the large intestine absorbing them. When not absorbed, these natural compounds actually spread throughout the body, beneficially impacting the latter.

Is it just lemons?

More the limonoids the better

Now that it’s established that limonoids can in fact give you a better edge to fight breast cancer, let’s find out sources you can look to. Apart from lemons and grapefruit, as suggested above, other citrus fruits also contain limonoids. In fact, oranges have been found to be rich in these natural compounds. Orange juice contains 300 milligrams of limonoids for every liter. As early as 2005, researchers at the Agricultural Research Service in California had been able to demonstrate the body’s response every time oranges are eaten or consumed as juice. According to these researchers, every time an orange is consumed, the body is able to access a limonoid called limonin.

The fight against breast cancer and for that matter any cancer is a challenge. But is always pays to fight fit and of course, do it the natural way!