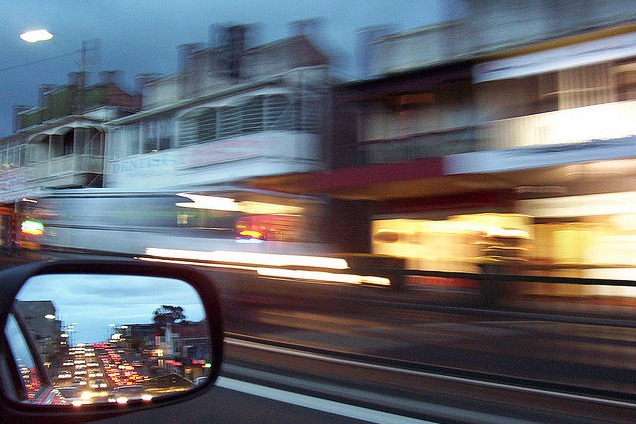 If a bumpy ride in the back of a car makes you nauseated, blame it on your genetics, according to the first ever genome-wide association study on motion sickness done by researchers at 23andMe.

Motion sickness is extremely common. One in three of us is highly susceptible to it, and the condition is very heritable — meaning genetics accounts for a large reason why some of us are more prone to motion sickness than others. Estimates indicate that most of a person’s risk for experiencing motion sickness is pegged to their genetics. Motion sickness also tends to be more common in women and younger people.

But even with what we know about the condition, and how common it is, we still don’t fully understand its underlying causes. New research by 23andMe may change that. “It’s estimated that up to 70 percent of a person’s risk for motion sickness is due to genetics, but up until now the genetics of motion sickness was poorly understood,” said 23andMe Scientist Bethann Hromatka, one of the study’s authors. “We’ve identified 35 genetic associations with motion sickness that fall into a few different biological categories. Some genetic variants are in or near genes involved in development, including development of the eye and ear. Other variants appear to be involved in neurological processes as well as glucose and insulin regulation.”

The study, which involved the consented participation of more than 80,000 23andMe customers, also gives us new insight into the biology of the condition. The work also confirmed previously known phenotypic associations between motion sickness and other conditions such as migraines, vertigo, and morning sickness as well as postoperative nausea and vomiting.

These findings could help provide many new clues about the causes of motion sickness and other related conditions.

Because the study also identified associations between motion sickness and lifestyle — for instance, there is an association between being a poor sleeper and having a propensity for motion sickness — the new findings could help researchers identify risk factors for the condition and future treatments. The researchers also note that experiencing headaches after drinking red wine is associated with a propensity toward motion sickness, and that having a good sense of direction and the ability to handle stress are associated with having a lower risk for motion sickness. While these are all interesting findings, it is difficult to assess causality for these phenotype-phenotype associations. For example, does being a sound sleeper make one less susceptible to being motion sick, or vice versa, or are both related to a third condition?