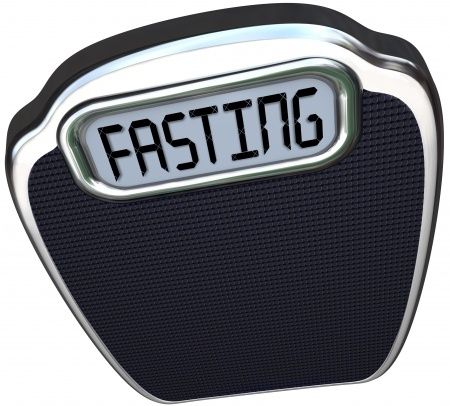 (BeWellBuzz) The sensation of hunger is a result of metabolic signals. The primary hunger communicator we know of is a hormone called Ghrelin. Typically, ghrelin increases prior to a meal, stimulating the appetite, and then decreases as the satiation hormone, leptin, increases. In a healthy metabolism, our brain receives the messages and properly regulates hunger and satisfaction, eating and not eating.

Interestingly, ghrelin can be found all over the body, not just in the stomach. It’s also secreted by the gonads (ehem…aka “nads”), lungs, pancreas, adrenal gland, kidney, placenta and the brain.[1]

Could it be that ghrelin is connected to a variety of appetites, indicated by its presence in various systems and organs, but we’ve tended to respond to a wide array of needs with the quick comforts of pepperoni, pasta or bonbons?

We’ve heard it said that, sometimes, a sense of hunger is really our body crying out for water.[2],[3] And I conjecture, could it also be our brain famished for an answer to a hard problem? Or our lungs for some deep breathing and relaxation after the first day on a new job. Or our bodies for sleep? It’s well known that sleep deprivation causes sugar cravings, and the day after a rough night’s sleep people tend to overeat rather than nap.

Or how about our adrenals pumped for a great workout or a good fight? How many times have we responded to our own anger, when we couldn’t tell someone off, by inhaling a bowlful of Rocky Road presumably to quench the flames. On my better days, of course, I satisfy that appetite for aggression with 20 minutes of interval sprinting and some heavy weights.

And I wonder…do we sometimes forget or outright refuse to eat while in the midst of an intense project because we’re hungrier for revelation than we are for food? Perhaps eating would quench the ghrelin that was driving the appetite to discover something new.

Notably, in people who are overweight (which at various times included me), although ghrelin may decrease and leptin increase, the body becomes leptin-resistant and essentially can’t “hear” leptin’s signal. This prevents satiation. In that case, instead of hunger, it’s a lack of fulfillment that keeps us consuming.

Well, that’s all food for thought. Here’s the science to hopefully whet your appetite, and maybe encourage you to go a little hungry just some of the time.

Fasting to the point of starvation, as in anorexia nervosa, depletes our cells and introduces death into the body; but studies show that healthy short-term or intermittent fasting (IF) triggers protective measures over brain cells.

Autophagy describes the cell process of removing or recycling metabolic waste and conducting self-repair. Research suggests that failure of this cleansing and rejuvenating process in the brain is associated with chronic inflammation and neurodegenerative disorders such as Alzheimer’s Disease and Dimentia.[4]

Makes sense. We know that regular elimination is vital to health; and being constipated or unable to clear out the colon causes toxic buildup and dis-ease. So, if the detoxing and rebuilding processes of autophagy are inhibited, our brain’s ability to function will be impaired.

“…short-term fasting leads to a dramatic upregulation in neuronal autophagy… Our data lead us to speculate that sporadic fasting might represent a simple, safe and inexpensive means to promote this potentially therapeutic neuronal response.” [5] (all emphasis mine)

Short-term, intermittent or sporadic fasting is not to be confused with continuous calorie restriction, which for most people is unrealistic and can even cause metabolic dysfunction.

During sudden, short-term fasting, not only do we see more activity in healing and restoring the brain, but we see an increase of ghrelin. Researchers now believe that ghrelin may in fact trigger the process.

Multiple studies have shown a relationship between high levels of ghrelin and:

“…ghrelin can ameliorate…cognitive impairment associated with neuroinflammation and neuronal loss. These results suggest that ghrelin may be a promising therapeutic agent for the treatment of AD.”[6]

A well-known expert in the study of fasting and its effects on humans, Professor Mark Mattson, found evidence that restricting calories can prevent brain cell damage and make cells more resilient against stress:

“’Part of this effect is due to what cutting calories does to appetite hormones such as ghrelin and leptin,’ he explains. ‘When you are not overweight, these hormones encourage growth of new brain cells, especially in the hippocampus. This is the area of the brain which is involved in laying down memories. If you start putting on weight, levels of ghrelin drop and brain cell replacement slows…

By “regime” he’s referring to fasting twice per week.

Ultimately, the moral of this story is that there are extreme benefits to welcoming a little hunger, every once in a while.

Fitness and health experts today have largely abandoned the mistaken tenets of dieting we experienced in the past 50 years. Fat doesn’t make you fat; and saturated fat and dietary cholesterol don’t cause heart disease. In fact, sugar, starches and refined grains make us fat and tend to keep us hungry, especially if we’re talking fructose. Conversely, consuming a diet low in simple carbohydrates, rich in protein and high in healthy fats such as coconut oil, nuts and seeds, grass-fed raw butter, avocados and the like, improve satisfaction, suppress appetite, help to balance thyroid hormone, increase sex hormones and sexual appetite, improve insulin and leptin sensitivity, and cause our bodies to burn fat for energy, resulting in fat loss and sexy happy shrinkage of our waistline.

When fasting, you don’t have to go completely without food. In this case, fasting can also indicate a calorie reduction to about 500-800 during the fasting period, typically up to 24 hours. But if you consumed 500 calories’ worth of sugar, it’ll do more harm than good. As Dr. Mercola has stated:

“It’s very important to restrict carbs when doing a calorie restrictive diet. Your body does not require sugars for optimal health, but it does require protein and fats.”[8]

Some people will fast for 24 hours straight; some will see results simply fasting one or two meals. Most experts don’t recommend rigorous exercise during a 24-hour fast, but I do like to work out while still in the early morning “fasted-state.” Another somewhat fasted state can occur 4+ hours after eating a meal, which is at least on an empty stomach and the point at which insulin levels drop and our bodies are pulling more energy from fat.

I’ve personally experienced amazing benefits just from separating my meals with a minimum of 5 hours, no snacking. When I made that a lifestyle habit, almost immediately my appetite regulated, I felt more balanced energetically, I stopped eating emotionally and I even got leaner. Some people do IF once or twice per week as a lifestyle, choosing to restrict calories for 8, 16 or 24 hours; others see results from doing it as they feel the need, especially after “feast” days.

Experiment. Become intimately acquainted with your own body. Do what works. It’s okay to work up an appetite or even feel hungry for a little while. Look for other healthy appetites to satiate in the meantime.

We could probably all laugh a little more, nap a little longer, sing a little louder, dance a little wilder and dream a lot bigger.