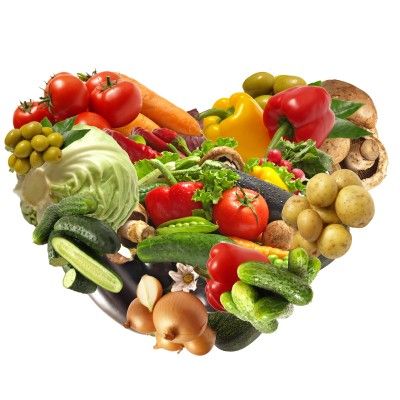 (BeWellBuzz) Bad cardiovascular health is a reality that many of us don’t want to acknowledge. We go about eating whatever we want, more often than not sure that food doesn’t have a part to play. However, research is gradually proving otherwise. Studies undertaken all over the world have one thing in common – they indicate the close connection that a healthy heart has with healthy food. Here’s a look at some of them.

Circulation, a medical journal published by the American Heart Association, recently featured a study that links the heart with diet. The study involved 31, 456 people and the average age of the subjects was about 66.5 years. All of them had a history of heart disease or had been victims of some form of organ damage due to diabetes. The team of researchers went about asking the subjects about what their diet usually consisted of – the kind of food they ate, if many dairy products featured in their diet and whether meat was an important part. They also posed lifestyle questions that covered smoking, drinking, and physical exercise. For the study, researchers considered plenty of fruits, vegetables, and fish to form a healthy diet.

On the other end of the spectrum were poultry, red meat, dairy, and the researchers considered them not-so-healthy. The study eventually found that people on a heart-healthy diet 35% reduced risk of dying from cardiovascular ill health, 28% reduced risk of congestive heart failure, 19% reduced risk of stroke, and 14% reduced risk of a fresh occurrence of a heart attack. Although most of these associations were made for people already receiving therapy for heart problems, the researchers suggested that a moderate part of the change could be because of a good diet.

The fact that the food we eat and the kind of heart health we enjoy are connected isn’t all that strange. Other studies have also been able to prove the connection.

Research at the McCaster and McGill universitites

Your diet not only plays a role on the overall health of your heart but may also help you tweak your genes. That’s what a 2011 study undertaken by researchers at the McCaster and McGill universities had to say. The gene that can easily pass on heart disease to the next generations can in fact be modified. How? The study suggests a diet that covers plenty of fresh fruits and raw vegetables. 27, 000 people had to be observed to bring about conclusive results. The subjects belonged from different ethnic groups – Arab, Chinese, Latin American, European, and South Asian.

The study attempted to find out how a particular diet created an impact on 9p21 gene in the subjects who were being observed. The study also took environmental factors into account. With a diet that mostly consisted of fresh fruits and raw vegetables, people who faced a higher heart risk could bring about a change. The results showed that their heart risk had in fact come down to match those who had a lower heart risk. According to researchers conducting the study, five servings of fruits and vegetables may be ideal in bringing about a positive impact on the 9p21 gene.

Research at the University of Oxford

In a recent study done at the University of Oxford, researchers have indicated that a vegetarian diet may be the ultimate answer to reduced heart problems. According to the study, a vegetarian diet could reduce the risk of heart-related deaths and even hospitalization by about 32%. 45, 000 volunteers from different parts of England and Scotland came together for the study. Out of this number, 34% were vegetarians. Participants were chosen for the study through the 1990’s and were observed until 2009. Out of the 45, 000, 20, 000 had to get their blood pressure recorded.

The results of the study found their bases in factors like age, socioeconomic status, education, smoking, drinking and physical exercise. The study clearly points out that a healthy diet brings about significant changes in cholesterol and blood pressure levels. And in effect, ensures that heart not only survives but also thrives.

This study undertaken by the University of Oxford is by far the largest study in the UK featuring vegetarians as well as non-vegetarians. The American Journal of Clinical Nutrition published this study.

It’s not that difficult to understand what a bad diet can do to your heart. All the extra cholesterol and fat get deposited within your arteries, clogging them eventually. So, what you really need is as fresh a diet as possible. Many studies have proved it and we tend to agree.