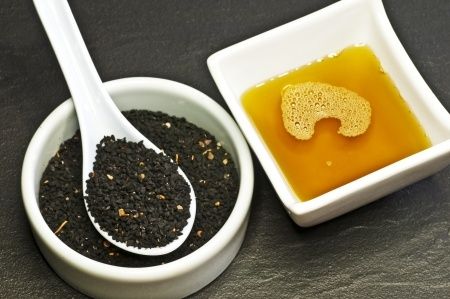 Cuminum cyminum is a plant native to regions of the Middle East and the Mediterranean, from Egypt to Rome, in Israel and Syria. It’s part of the Apiaceae family, also referred to as the carrot or parsley family. The flavorful spice comes from the plant’s dried seed.

Cumin is one of my favorite spices. It releases an aroma that just says home and hearth. Warming and earthy, the spice has appeared in recipes for millennia. Romans traditionally kept a dish of cumin at the dining table to be used as a condiment, just as we keep salt and pepper shakers. It was later brought to Spain and Portugal, who are credited with introducing cumin to the Americas. Now it’s largely grown in the nations of Mexico, China, Syria, Chile, Iran, Turkey and the USA.

Lesser known is the use of cumin in sweets such as chocolate candies and cakes, along with rice pudding where it accompanies vanilla, cinnamon and nutmeg. Yum!

During biblical times cumin was so rich it was currency. Religious leaders used it to pay their tithes and taxes. When the Egyptians concocted their recipe for mummification, they included cumin because of its antifungal and preservative properties. That’s probably not your favorite thought as a cumin-dusted chocolate morsel melts in your mouth, but a fun fact nonetheless.

To take cumin internally, use whole raw or toasted seeds or ground powder. You can also infuse it in liquids like water, honey or milk, or use the essential oil. The oil is powerful. Use as instructed!

Apply cumin externally by mixing with any carrier oil and massaging into skin, mixing ground seeds with a little water to make a paste, or in a poultice.

Cumin is rich with nutrients. It provides calcium, iron, magnesium, phosphorus, potassium, sodium and zinc. It also contains B vitamins, nourishing to the nervous system, and Vitamins A, C, and E.

Overall, if you enjoy the flavor of cumin then there is no reason not to include it in many of your meals or as home remedies for common ailments. The following are some of cumin’s most common uses.

In Ayurveda, the traditional Hindu system of medicine, cumin is known to balance vatta and kapha. Chewing on the seeds helps prevents cavities. It stimulates appetite when the toasted seeds precede a meal, and aids in digestion afterwards. Consider replacing your after-dinner mint with cumin seeds.

Additionally, the very aroma of cumin stimulates the metabolism due to a compound called Cuminaldehyde, which is also found in eucalyptus and myrrh. The aroma of cumin is so powerful that it activates your salivary glands and revs up your metabolism, preparing the body for digestion even before taking a bite.

Add several drops of the essential oil to a massage oil or any quality carrier oil. Don’t use it alone as it can be irritating. You might like to add some nutmeg to the mix, as nutmeg helps to increase circulation and also has natural analgesic properties. Try this at night before bed, or avoid immediate and direct exposure to the sun. Cumin seed oil can have phototoxic effects, causing skin sensitivity to sunlight.

Thanks to its antiseptic properties, cumin is used to relieve symptoms of the common cold including cough and sore throat. Toast about a tsp of the seeds carefully over a low heat. You don’t want to risk burning or even overly browning, or the nutrient value will begin to deplete. After about a minute or less, add a cup of water, bring to a boil and steep to make an exotic tea. Increase amounts proportionately. To soothe a store throat, steep with fresh ginger, lemon juice and plenty of honey. Adding thyme can also aid as a natural expectorant. Inhale the aroma through your nose. Sip often. 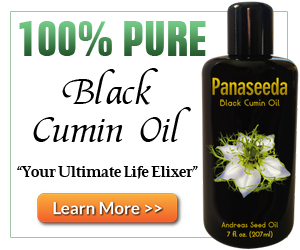 Cumin is famously used to treat flatulence. For prevention, sprinkle it as you would salt and pepper in cabbage soup or on beans, for instance; add a teaspoon to some yogurt and enjoy; or simply enjoy the toasted seeds.

As stated earlier, cumin also stimulates appetite and increases metabolism. Research shows that cumin seeds helps the body to absorb nutrients as the seeds cause the pancreas to release digestive enzymes. Best way we recommend is to implement Black Cumin Seed Oil to your health routine.

a) Iron deficiency anemia can cause a weakened immune system and increased susceptibility to infection.[2] In children, the CDC reports that iron deficiency can cause slow cognitive and social development. Because cumin is rich in iron, it’s a good choice along with other iron rich foods, especially meats which contain heme-iron, more readily absorbed by the body.

b) Thymol, a powerful antibiotic amd antimicrobial compound found in cumin, has been shown in studies to increase the efficiency of antibiotics by weakening the resistance of bacteria. Its antifungal and contains antioxidants. During cold season add it to a squash or pumpkin soup, and or make it as an exotic, refreshing tea. Season to taste.

c) The body requires lots of vitamin C to absorb iron. To increase iron absorption, add vitamin C rich foods or try a supplement such as Emergen-C. It’ll give you a kickin energy boost, too!

Because it contains thymol, Cumin is considered a galactagogue, increasing the production of breast milk. Stir warmed milk with honey and add cumin to taste. It can also be combined with other galactagogues such as fenugreek and fennel for higher potency. Midwives attest to the power of cumin to induce labor by causing the uterus to contract. Talk to you doctor or midwife before considering! Also, the recommended tea can be bitter. Some recipes recommend a little salt and some coriander; others, lemon and honey. I say, within reason, play!

Finally, research has shown that depression and stress wreak havoc on our bodies, whereas tranquility and joy are key factors to our health. As the ancient proverb says, “A heart of peace gives life to the body, but envy rots the bones.” Peace for the soul is peace for the body. I pray you would be filled up and overflowing with peace so that you can delight in the many spices of life.

[1] Here’s a great website to help you find a naturopath in your area: http://naturopaths.healthprofs.com