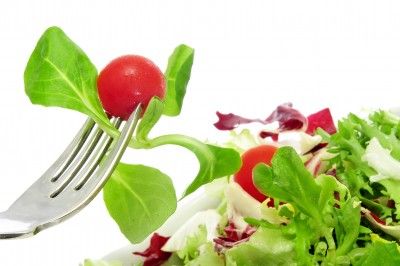 (BeWellBuzz) First came hybrid foods, and then genetically modified (GM) foods. Are we gaining or losing out by tampering with nature? Hybrid and GM foods do help in meeting the ever-growing global food demand. However, the downside is that they are not as good as non-hybrid and organic foods. Read on to know more about hybrid and GM foods, and why you should avoid them.

What are hybrid foods?

One noteworthy feature of hybrid foods is that their seeds cannot germinate on their own. They require human intervention to grow.  Crossbreeding two different specimens of a particular plant to produce a ‘superior’ version of the plant (or an ‘inferior’ version, as naturalists often point out) is not something new. It was practiced in the ancient world too, but not on as a big scale as it is practiced today. Hybrid fruits and plants were first produced commercially in the mid-1930s.

A brief history of hybrid foods

The purpose of hybrid foods, when they were produced for the first time, was to help farmers produce crops on farms on which natural foods could not grow. As in much of the 19th century, the name of the game in the first few decades of the 20th century was mono-cropping. Every farmer, big or small, produced a single crop year after year. The result of years of mono-cropping, although inescapable when you look back, was devastating. Aggressive mono-cropping, coupled with heavy, incessant use of pesticides and herbicides lead to large scale plant disease and made the soil unconducive. The solution, farmers, scientists, and governments agreed, was to produce hybrid foods.

Why health experts are against hybrid foods

Some would say that if this is true, then why this whole controversy about hybrid foods? To understand this, you have to view hybrid foods in a different light.

Hybrid foods are not dangerous, but are they as healthy as natural foods? Do they provide the same benefits as natural foods? The answer to this question is in the negative. This is why so many concerns are being raised over the unchecked marketing and distribution of hybrid foods. Naturalists argue, “If natural foods are healthier, why let hybrid foods dominate the market?”  This argument, even when looked through the eyes of a neutralist, appears irrefutable.

Why hybrid foods are not as healthy as natural foods

Unlike non-hybrid foods, hybrid foods have the following shortcomings:

A list of common hybrid fruits, vegetables, and nuts

Common hybrid fruits include the following:

Common hybrid vegetables include the following:

Common hybrid beans, nuts, and seeds include the following:

Common hybrid herbs include the following:

Genetically modified foods are obtained from genetically-modified organisms. Some proclaim GM foods can put an end to the world hunger issue. Others regard them as dangerous to both mankind and the environment.

The biggest risk of GM foods to consumers is the risk of allergenicity. It is possible that genetic modification may create new allergens, which can cause allergies in humans or worsen existing allergies. The danger of GM foods to the environment, too, is not small. Environmentalists claim that GM foods can disrupt the food chain.

Hybrid and genetically modified foods, it will be fair to say, only help their producers and not the consumers. In such a scenario, what should consumers do? The solution is to try to consume organic foods as much as possible. Growing your own food is another great way to ensure that you are having nutritional foods.

As they say, your health is in your hands. Make wise choices regarding what you buy and stay healthy.