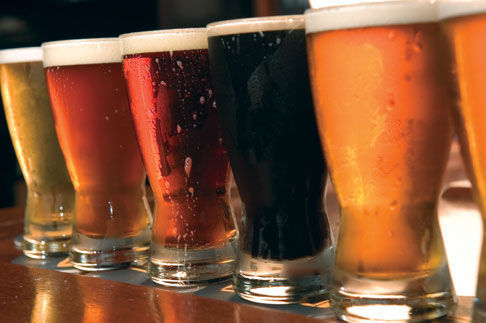 If you are fond of beer and drink it moderately, it’s time to rejoice, because there are many more benefits to beer than you could have imagined. It’s indeed the kind of news that will make you want to rub your eyes in disbelief because it’s hard to consider beer as being something that is good for your health.

However, this is true, because researchers are constantly coming across various connections between beer and good health. Here’s a look at some of the benefits that will have you reaching for your glass of chilled lager or ale and not regretting doing so at all. Do note that this does not mean you can guzzle beer all the time in the hopes of attaining good health, because, after all, too much of anything is never good for you.

If you want to enjoy the benefits of beer, you can also use it in cooking your food as it will impart its own unique flavor while providing you with all the goodness. Substitute it for water in soups and broths, use it in batter for frying fish, marinade meats in it, or simply use it as a cooking base.

Despite all these benefits, beer is still alcohol, and it comes with all the alcohol related problems as well, so there can be impairment of driving skills, the characteristic beer belly which can cause numerous health problems, and other problems such as heartburn and increased blood pressure.