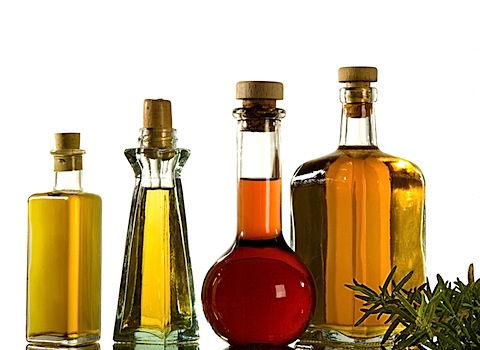 Contrary to popular belief, the words ‘healthy’ and ‘oil’ can actually go together. There are so many options but do you know what’s the best cooking oil? Read on to learn more about the healthiest ones.

Olive oil is the greatest source of monosaturated fat. Olive oil is 100% natural and preserves the aroma, taste, properties, and vitamins of the olive fruit. Unlike other oils, olive oil can be consumed as it is, that is, freshly pressed from the olive fruit.

There are four varieties of olive oil:

Virgin – The oil derived from the second pressing of the olive fruit is referred to as virgin olive oil.

Pure – This type of oil involves some processing such as filtering and refining. In many countries including the U.S., pure olive oil is labeled as ‘olive oil’.

Extra light – This type of oil undergoes the maximum processing, and that is why extra light olive oil only retains a very mild olive flavor.

The closer the olive oil is to its natural state, the more beneficial it is for health. That is why it is always best to use extra virgin olive oil, as it contains the highest number of antioxidants such as vitamin E and phenols.

Olive oil also offers protection against gastritis and ulcers since it activates the production of bile and pancreatic hormones, which help in reducing the frequency of gallstone formation.

Olive oil has a low smoke point, so make sure you do not use olive oil for any recipe that calls for deep frying over a high heat. Plain olive oil will smoke less than virgin olive oils. The 250°F-325°F range is a safe guideline when heating food in olive oil. Smoke resulting from frying over high heat is never good, and olive oil decomposes under extreme heat. This results in dangerous molecules replacing natural antioxidants. The value of olive oil can be compromised, because, when overheated, the oil releases carcionogenic free radicals.

So the next time you think about cooking with olive oil, do not hesitate: Just remember not to turn up the heat too high. 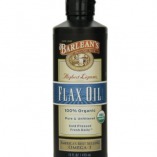 Flaxseeds are good for nearly all the systems in our body including the immune system, nervous system, and the cardiovascular system. Owing to its all-round health beneficial properties, flaxseeds are regarded as a very important health-supporting supplement.

Flaxseed oil is one of the most important sources of lignan, a compound that helps cure breast and colon cancer. Additionally, flaxseed oil provides protection against cardiovascular disease, as it helps in reducing cholesterol levels and controlling blood pressure.

The dietary fiber present in flaxseed oil provides relief from constipation. Another health benefit of flaxseed oil is that it helps ward off skin problems such as eczema and acne.

Coconut oil is finally beginning to get the respect it deserves as a smart alternative to other oils. For centuries many tropical countries been using coconut oil in cooking. There has been a lot of bad misinformation out there about coconut oil and saturated fats. In fact, some saturated fatty acids like Capric Acid and Lauric Acid which are present in coconut oil raise the level of High Density Lipoproteins in the body. In other words it lowers Bad Cholesterol. Coconut oil also boosts immunity, fights aging, and increases rate of metabolism Isn’t it amazing? Oil that helps loose weight! So, there is absolutely nothing to worry about your health while using coconut oil in cooking.

Organic cold-press virgin coconut oil is the best as it’s not heated during it’s production. 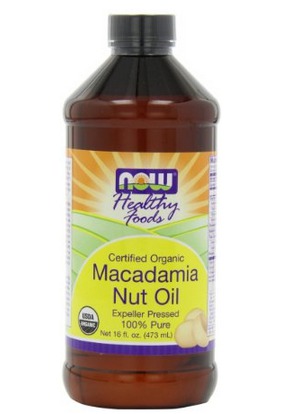 This is another oil that is gaining popularity.  Not only does macadamia nut oil have a subtle, nutty flavor, it has three pluses that no other cooking oil can brag about. All of these pluses promote better health.

First of all it’s more monounsaturated than either olive oil or canola oil, the two top contenders for shelf space in the kitchens of health conscious cooks. Macadamia nut oil is 80 percent monounsaturated, olive oil is 74 percent and canola oil only 58 percent. Monounsaturated oils reduce the incidence of heart disease and high blood pressure.

Second advantage is its ratio of omega-3 to omega-6. These little fatty acids keep cell walls healthy, and are usually found in seafood. However, omega-3 is more important than omega-6 because omega-3 seems to reduce risks of heart disease, high blood pressure and arthritis. Macadamia nut oil is the only cooking oil with a favorable ratio of omega-3 to omega-6. Olive, for instance is 1 part omega-3 to 8 parts omega-6.

Canola oil has a high-unsaturated fat content and because of this specific reason, it is widely believed that regular consumption of canola oil may reduce the risk of coronary heart disease. Another standout feature of canola oil is that it has the lowest saturated fat content. Canola oil is also an excellent source of alpha-linoleic acid, which is an Omega-6 fatty acid. Our body converts alpha-linoleic acid to EPA and DHA, both of which are very important Omega-3 fatty acids.

Like olive oil, canola oil too has an FDA heart health claim. FDA has approved a qualified health claim on canola oil’s potential to reduce the risk of cardiovascular disease.

Canola is an engineered plant developed in Canada. The oil is derived from the rapeseed plant (an excellent insect repellent, by the way.) The rapeseed is a member of the mustard family. Rapeseed oil has been used extensively in many parts of the world, namely India, Japan, and China. Before the rapeseed was genetically engineered, about two-thirds of the monounsaturated fatty acids were erucic acid.

Canola oil is victim to both hype and hoax. To view both the hype and the hoax, visit Snopes.com and type in: “Canola Oil.”

All the three types of sunflower oil mentioned above offer more Vitamin E than any other type of vegetable oil.

Sunflower oil is believed to posses cardiovascular benefits, as the high oleic acid content and low fat content present in it may help in reducing one’s cholesterol levels. Sunflower oil also provides various skin health benefits and is used in the treatment of acne.