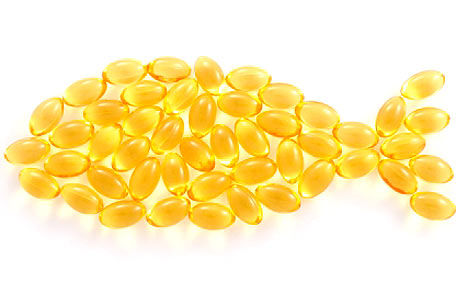 Many of us have heard that the omega-3 fatty acids (n-3) found richly in fish oils are vital for our health. They’re necessary for healthy cells, to nourish tissues, support brain function and reduce dangerous blood clotting. A deficiency of n-3 is linked to cognitive decline, even Alzheimer’s, emotional disorders such as depression and anxiety, ADD, insomnia and more. I’ve no doubt it’s possible but have yet to hear of anyone having too much n-3 in their system. I have, however, heard of taking the wrong kind of fish oil.

In this article we’ll clarify what n-3 are and get some tips on how to get the right kind.

Our current knowledge identifies two out of many fatty acids as most beneficial: eicosapentanaenoic acid (EPA) and docosahexaenoic acid (DHA). These are long-chain polyunsaturated fatty acids. They’re found exclusively in fish, seafood and marine algae.

An epidemiological review published back in 1998 had already verified what a few prominent voices are now piping up to declare. Consuming plant sources alone will be insufficient for feeding the body the EPA and DHA it requires.

Flax and chia seeds, pumpkin seeds, hemp and walnuts provide short-chain alpha-linoleic acid (ALA). Our bodies are able to synthesize EPA and DHA from ALA but inefficiently.  The review referred to the ALA conversion as “unreliable and restricted.” If a person has consumed a diet high in saturated fat, conversion from ALA is typically around 6% for EPA and 3.8% for DHA. But if the diet has been much higher in omega-6 fatty acids (n-6), which is the epidemic of our day, “conversion is reduced by 40 to 50%.” In that case 3% and 1.9% of ALA might be converted respectively to EPA and DHA. The authors concluded that adequate amounts of DHA “can reliably be achieved only with the supply of the preformed long-chain metabolite.” It’s a mouthful, I know, but simply means that the short-chain precursor from plants ALA is insufficient, but ocean fish and seafood are recommended.[1]

DHA is a key structural component of the brain, sperm, testicles and retina. Deficiency in infants is associated with visual impairment and delayed cognitive development. It’s also needed for a healthy brain into and throughout adulthood. Deficiencies specifically of DHA are associated with learning impairment. Researchers have noted that the brain “prefers” DHA to other fatty acids.[2] It’s also found abundantly in the heart and plays a role in normalizing triglycerides (blood lipids/cholesterol), heart rate and blood pressure, guarding against heart disease. Populations where the diet is high in fish such as the Mediterranean or the traditional Japanese diet show a significantly lower risk and incidence of heart disease.

Where DHA affects the learning and memory centers of the brain, EPA is recognized for its impact upon mood and behavior. A study published in 2008 reported that 48 out of 60 subjects diagnosed with depression who received 1g of EPA daily for two months slashed their depression ratings by 50%, comparing closely with the anti-depressant drug fluoxetine.[3]

Together, EPA and DHA are classified “essential” nutrients because our bodies require them, yet we cannot synthesize them in adequate amounts. We must obtain them in their long-chain form from food sources. The next most common question, then, is what about supplementation or the dangers of potentially contaminated ocean fish?

Quality issues with fish oils have turned out to be as problematic as with any food or supplement on the market today. The primary concern is freshness and source. The oils may well be rancid/oxidated or contain toxic metals, PCBs or other contaminants causing the exact reverse of the desired effect. Chris Kresser is a licensed acupuncturist, researcher and founder of The Healthy Skeptic. Kresser has reported extensively on this issue, discouraging the supplementation with most generically named “fish oils” but encouraging certain supplements along with a fresh-fish diet.

One of a few supplements garnering favor with me and other experts is fermented cod liver oil (FCLO). In his article When it comes to fish oil, more is not better Kresser explained that FCLO is not only a source of EPA and DHA, but also of fat soluble vitamins A, D, K2 and E. These taken together are awesome for nourishing cells and preventing heart disease. If your diet excludes refined sugar and dangerous vegetable/industrial seed oils such as corn, soybean and cottonseed oil, he says, “the risk of oxidative damage that may occur with 1g/d of cod liver oils is outweighed by the benefits of the fat-soluble vitamins.” [5]

Another food supplement that has gained favor with experts is considered a delicacy in Japan, where it’s named okami. You’ll hear of it in the US as krill oil, which studies are now indicating may be more potent, pure and bio-available than either FCLO or oils from wild salmon and sardines. 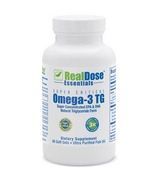 A therapeutic dose might include 2-3 servings of whole fresh fish supplemented with 1g/day of high-quality fish oil from FCLO, wild salmon, sardines or krill oil. Addressing the fears surrounding metal toxicity in fish, expert Dr. Nicholas Ralston said in an interview that most ocean fish contain enough mercury-binding selenium to effectively prevent absorption of the metal, and also protect against selenium depletion. For example, on tuna he said,

“For some reason, tuna gets focused in on a lot, but almost all of the tuna that I have looked at have had values of around 200 positive.  So rather than being adverse, the more tuna that’s consumed, yes, you are getting exposed to some mercury, but you’re getting 20 seleniums for every mercury, so the worst damage you can have is one mercury takes one selenium, so you’re still 19 to the good.  So it’s just a small matter of just keeping track more carefully of how much mercury relative to selenium.”

[5] When it comes to fish oil, more is not better

[6] The Truth About Toxic Mercury In Fish