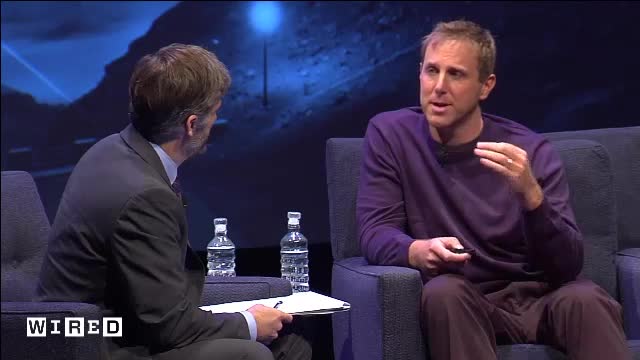 More protein than beef? More omegas than salmon? And ton of calcium, antioxidants, and vitamin B? What is this thing?

Scientists at Beyond Meat created all their products from the highest quality, food-grade, Non-GMO ingredients such as Soy Protein, Pea Protein and Amaranth to provide an authentic mouth-feel and delicious flavor and all of our products are certified gluten-free and kosher! Their latest addition is a plant-protein-based performance burger that delivers the juicy flavor and texture of the real thing with none of the dietary and environmental downsides.

As a child, Ethan Brown, CEO & Founder of Beyond Meat, gained a deep appreciation for the natural world from his father, a professor, farmer, and conservationist. Grown-up Ethan developed a career in the clean energy sector yet was nagged by a basic question: Would we continue to raise and eat animals in such staggering numbers if we could make the same thing from plants?

Meat is no mystery. It’s actually pretty simple: amino acids, fats, carbohydrates, trace minerals and water combined to give us that familiar chew, resistance, and variation. What if we are able to take these inputs from plants and apply heating, cooling, and pressure so they combine just like animal meat? And what if you define meat by what it is—amino acids, fats, carbs, minerals, and water—versus where it is from (i.e cows, chickens, pigs)? What you’d have is meat for the future. Meat from plants.

Founded in 2009 by Ethan Brown and Brent Taylor, we’re a privately held company with high-profile investors that share our passion and drive for changing the way the world gets its protein. Our investors include, among others, Bill Gates, Twitter co-founders Biz Stone and Evan Williams; investment firms Kleiner-Perkins Caufield & Byers, Morgan Creek Capital and Closed Loop Capital; Seth Goldman, the founder of Honest Tea and the Humane Society of the United States.

Beyond Meat has been the recipient of a number of awards and national press. Recently, Fast Company named Beyond Meat the World’s Most Innovative Company in Food for 2014 and the company headlined an in-depth article in the New York Times about the importance and momentum of plant-based protein.

In the fall of 2013, Ethan Brown hired Tim Geistlinger, a biotech rock star who had been working with the Gates Foundation to develop antimalarial drugs and a yeast that makes clean jet fuel out of sugar. Geistlinger fits the Beyond Meat mold: brainiac science geek who bikes on the beach every night and recently completed his first Tough Mudder. (“I was one of the only non-meat-eaters on my team,” Geistlinger says, “but with access to compounds like these, it’s a no-brainer.”)

Geistlinger, chef Dave Anderson, and the other Beyond Meat scientists began a series of marathon sessions in the lab, trying to do what cattle do: transform short plant proteins into long, succulent fibers. Their legume of choice was the yellow pea, whose protein is readily available—both to the body and in the marketplace. Pea starch is used by the food industry as a natural thickener for everything from sauces to deli meats. In the past, after the starch was isolated, the protein was discarded. Win-win.

Pea protein is the new darling of the no-soy health-food set, but it has a powdery mouthfeel and no structural integrity, so it has never starred in its own production. “Without fibers you can have something that’s hard and dry or mushy and wet,” Geistlinger says. “They’re fairly mutually exclusive.” Early last year, Beyond Meat released a pea-based product, Beyond Beef Crumble, that approximated the look and feel of cooked ground beef and made a decent taco filling, but it wouldn’t hold together and had no chew. Geistlinger decided he had to create fibers from the material—that is, do something to make them line up and link together to mimic muscle.

Eventually, Geistlinger suggested trying something radical—the big Beast Burger secret, which involves a certain combination of temperature, pressure, timing, and chemistry that he could tell me about only in veiled terms. “The food scientists had been arguing to go in one direction, because that’s how things had always been done,” he recalls. “And I said, ‘Well, this is a different protein. I think we should push this in the opposite direction.’ They were like, ‘Why would you do that? You can’t do that.’ And I said, ‘Well, let’s just give it a shot.’ And sure enough, boom. It was immediately apparent. We tasted it right when it came out, and we just went, ‘Wow! We’ve never had that before.’ It was awesome. You could see the fibers. You could feel them. And it didn’t get dry in your mouth! All these problems that we’d had just went away. Later that day, we met with our CFO and I said, ‘Here, try this,’ and he said, ‘Holy shit! What is that?’ And I said, ‘That’s the same stuff. We just changed two things.’ It turned out much, much better than we ever thought it was going to be.”

The Beast Burger will have its coming-out party in select Whole Foods this month.

Not convinced you should try it? This might do it. Every year, the Centers for Disease Control and Prevention teams up with the FDA to check for antibiotic-resistant bacteria in the meat sold in American retail outlets. In 2010, the most recent year for which data has been released, they purchased 5,280 samples across 11 states and tested four states’ for fecal bacteria. They found it in 90 percent of ground beef and ground turkey, 88 percent of pork chops, and 95 percent of chicken breasts.

If this shocks you, then clearly you haven’t been watching YouTube videos of slaughterhouses in action, where the high-speed slicing and dicing of 300 to 400 head of cattle an hour saturates the air with a fine fecal mist. Really, the amazing thing is that 10 percent of our ground beef—even the organic stuff, which is largely processed in the same manner—manages to escape contamination, and that anyone eats it at all.

The part that really terrifies Meatworld? Millennials are already bailing on beef.

Every generation skews toward vegetarianism in high school and college, only to regress as life gets more complicated. But the newest graduates aren’t coming back. “We’ve definitely seen interest in vegetarian as well as vegan food rising steadily on college and corporate campuses, but so has interest in eating less meat in general,” says Maisie Ganzler, VP of strategy for Bon Appétit Management Company, which provides food services to many top universities and corporations, including Duke, Johns Hopkins, Yahoo, and Google. If you want to know what America’s next generation of thinkers is eating, just ask Bon Appétit. “For us, vegan isn’t about niche appeal,” Ganzler says. “We try to offer a lot of vegan options in the cafés for our high-tech clients. Millennials are more meat conscious, and vegan appeals to a variety of growing populations.”

As vegetarianism goes mainstream, factory meat’s one advantage—that it’s cheap—disappears. “There aren’t any obstacles to us underpricing beef as we scale up,” Brown says. “The industry is large and established, yet it’s facing huge cost challenges. The price slope for beef since 2010 has been pretty steep. We’re already competitive with certain grades.”

There’s no reason that Beyond Meat can’t have extruders all over the world churning out affordable protein patties and even a plant-based “raw” ground beef that’s red, pliable, and designed for cooking. Once that happens, Brown won’t let U.S. supermarkets slot him into the hippie aisle anymore. “As soon as we have our ground beef ready, they need to put it next to the animal protein.”