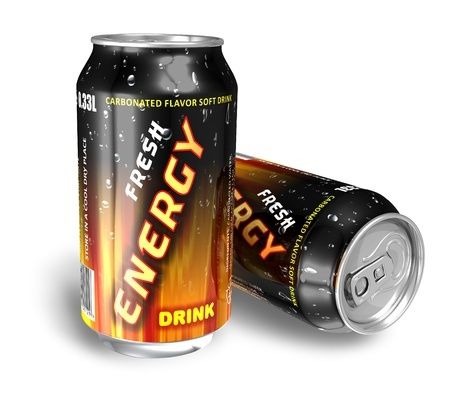 The Monkey’s Paw legend tells of a talisman, in the form of monkey’s hand, that provides the possessor with three wishes. The wishes however come with a viscous price, such as wishing for a lot of money, and it comes in the form of insurance payment after the death of a loved one. The Monkey’s paw was cursed by ancient fakir who wanted to teach the world that those who interfere with fate, do so at a great risk, hence the message of the legend. In a creepy simile of this legend, the new Monkey Paw has appeared on the shelves of the convenient stores in the form of the energy drinks. Like the ancient talisman, these innocent appearing beverages all contain hidden consequences, some seriously dangerous.

According to recent studies, the U.S. is a nation of very tired people. Just in 2007, we consumed more than 280 million gallons of energy drinks, or a little less than 4 quarts per person. And the sales of energy drinks have increased at the rate of 35% per year since then. With our faced-paced lifestyles, and irregular sleeping and eating habits, it is little wonder that most people could use a little ‘boost’ every now and then.  Unfortunately, it is a law in science that you can’t get something from nothing. Everything comes at a price.

Some say that the use of energy drinks promote increased energy, alertness, extra nutrition, and boost athletic performance. These drinks contain large doses of caffeine and other approved stimulants like ephedrine and ginseng. In addition to stimulants, many contain sugar in various forms and other B vitamins. But before gulping these energy drinks for for various reasons, let’s check the downsides that may help you decide if these drinks are worth drinking.

The main active ingredients in energy drinks are sugar and caffeine. Herbs and other natural additives are also included, such as taurine, guarana, B-vitamins, and ginseng. The health benefits of these substances is well known and fully documented. But they only make up a small portion of the mix. Water is also a component. Water is also good. The problems is mostly with the amount of caffeine and sugar in them, when combined with all the other ingredients. It’s a little like gasoline, and a lit match. Separately, they are both pretty innocent, but when you put them together, bad things can happen.

Too much sugar in energy drinks can also be stored as fat in body which may lead to unwanted weight-gain. The sugar content of these drinks may cause a sudden crash in the body’s energy level when the sugar leaves the bloodstream. In addition, excess sugar can alter metabolism and retain salt and water in human body which may lead to high blood pressure. Metabolism describes the chemical reactions that take place in the human body’s cells that converts the consumed food into energy.

Part of the problem is that the labels on most energy drinks are not accurate. The FDA requirements for the labeling of most food items is a joke. If a harmful additive is restricted by the FDA, or becomes publicly unpopular, they allow manufacturers to simply list it under another name, such as ‘Inosodium” for MSG, or simply ‘glutimate‘, or just not list it separately at all (under the title of ‘other ingredients’….) So you can’t really be sure what’s in that can of energy drink you are about to consume.

One of the main active ingredients, caffeine, has known health issues in high doses. In a normal does of around 300 mgs, or the equivalent of 3 or 4 good cups of coffee over the course of a day, caffeine is pretty safe. But these energy drinks can have over 500 mgs of caffeine, all at once, and in each drink. In fact, many people drink them just to get the caffeine ‘high’. This level of caffeine can result in a condition known as caffeine intoxication, causing headaches, irritability, moodiness, sleeplessness, and in worse cases, cardiac arrest. And the long-term effects of exposure to caffeine at these levels is largely unknown. Caffeine  can also be addictive, just like heroine, and cocaine, meaning if you stop using it, you will go through physical withdrawal symptoms.

The other main ingredient, sugar, while normally considered harmless, has it’s own Pandora’s Box of issues. An energy drink can contain as much as 54 grams of sugar, or around 14 tablespoons, each. Sugar consumption at that level can cause diabetes, obesity, major tooth decay, and insulin resistance.  Not good things.

Even the natural herbs included in the drinks can have adverse effects under some conditions. Some of them can interfere with blood-sugar medications, blood-thinners and diuretics in high doses.

The worst dangers from the energy drinks may be the least understood. When we get tired, it is because our bodies are telling us that we have done enough, and it is time to stop, let the body perform routine maintenance on itself, and reset. There is a good safety margin built in to the system, but sooner or later, if the messages are not heeded, there is a price to pay. The body will begin to force shut-downs of systems, effecting judgment, alertness, physical coordination, and other higher brain functions. This is what will happen if you interfere with the body’s proven systems by circumventing them with outside stimulus. The worst part is that not only are you endangering yourself, but in some situations like driving, flying, operating machinery and equipment, or even situations where your judgment is required, such as a police officer, air traffic controller, judge or law-maker, you could pose a serious threat to those around you.

We’ve learned a lot about physiology and medicine in the few thousands of years we’ve been around, but one thing has never changed. The only effective treatment for fatigue is rest.  There is no other alternative for the long-term. So, the next time you see an energy drink on the shelf, do yourself, and others, a favor and leave it there. Instead, just get more rest and relaxation. Life is finite. You should enjoy it as much and as long as possible.