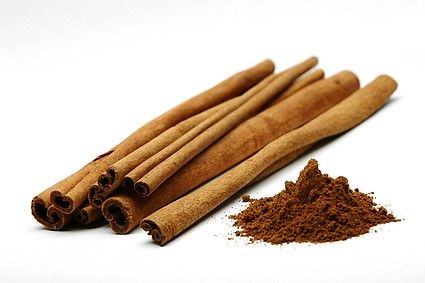 (BeWellBuzz) Cinnamon is one of those sweet and simple things in life that we can say “yes” to and receive lots of benefits. As with so many things today, the cheap stuff in the store might not measure up, though. The research in this article is involved with “Sri Lanka ceylon,” aka cinnamomum zeylanicum, also cinnamomum verum, or true cinnamon, although I’ve seen some studies showing good results also from cinnamomum cassia, aka cassia, which is most common in the US. It’s not only easy, but also important to get high quality cinnamon.

Here’s the science on the beni’s of cinnamon in your diet.

The Experiment
Chezem (double shazam!) tested 30 subjects between the ages of 18-30. People with a high BMI, storing excess fat, will tend to suffer with insulin resistance, keeping their blood sugar high and increasing their chances of developing diabetes II. The intent of the study was to see if cinnamon could help normalize blood sugar in both healthy and obese adults even after eating a high carb meal.

Everyone had to down 50g of available carbs from a bowl of instant farina. Half the subjects added 2 ½ teaspoons of cinnamon to the bowl, the rest ate it plain. Chezem checked their blood glucose levels at 7 time intervals, finishing at 120 minutes post-meal. The results were exciting:

Those who enjoyed cinnamon with their farina had significantly higher glucose levels 120 minutes after eating than those who didn’t. This is good because it means they had significantly lower concentration of blood sugar at the outset of ingestion. Those without the spice would have sugar surged quickly; but for the others, cinnamon slowed the digestive process, controlling absorption over time and preventing a spike in sugar and insulin, as well as a mid-morning crash. This means better insulin sensitivity, more constant energy and less fat storage. Chezem concluded that a couple teaspoons of cinnamon could be a great way to control blood sugar levels after each meal. So if you’re going to eat pizza, a huge bowl of pasta, an ice cream cone or whatever your favorite carb-cheat is, wash it down with some cinnamon. Maybe a spiced tea or a cinnamon-yogurt dish on the side. Be savvy, have fun, eat spices.

The Experiment
In this animal study, researchers tested rats with and without diabetes II, and observed changes for one month. Those with diabetes II who were treated with true cinnamon extract saw awesome changes, whereas the healthy rats remained the same. Diabetic rats actually ended up eating less! The extract improved satiation and curbed appetite. The true cinnamon also lowered their blood sugar, overall cholesterol and LDL cholesterol. This is getting better and better!

Chinese medicine has incorporated cinnamon to enhance health and cure disease for centuries and even millennia. Specifically, Chinese doctors prescribe the spice to actually treat type II diabetes, but until now there was little hard data that the stuff was effective, or evidence as to how and why. So, at the Xuhui District Central Hospital in Shanghai, China, a team came together last June (2012) to look through a microscope and find out.

The Experiment
66 patients with type II diabetes were divvied into three groups; some with no cinnamon treatment; the rest with either a high or low dose. The placebo group saw no changes; but both treatment groups saw a significant drop in fasting glucose levels, as well as a drop in blood triglycerides (lipids/fats), particularly in the low dose group. That’s really nice because it means you can see results over time even using just a little bit every day. Note, however, that this experiment utilized not the bark or powder, but a pure extract. If you have or are at risk for diabetes II, why not talk to your doctor about trying it?

The following is from our friend Joshua Corn, Editor-in-Chief of the Live In The Now newsletter and CEO of Stop Aging Now:

Are you one of the tens of millions of Americans who struggle to maintain healthy blood sugar metabolism? Often, a blood sugar issue first manifests with symptoms like fatigue, mood swings, food cravings and weight gain.

But if you fail to heed warning signs, it can lead to a condition known as insulin resistance, which can cause your blood sugar to fluctuate wildly, leading to more serious health problems. If this happens, your doctor may tell you that your only option is to take a dangerous drug (or likely, multiple drugs) for the rest of your life.

I’m here to tell you that this is nonsense. The consequences of living with a serious blood sugar imbalance can be tragic — but so can the side effects of taking a drug used to “fix” the problem. And the truth is that there is an easy, inexpensive way to maintain healthy blood sugar levels safely and permanently — and YOU deserve to know about it because the benefits of getting a handle on your blood sugar (the natural way) will improve just about every aspect of your health forever.

Why You Want Balanced Blood Sugar

Your body has the amazing ability to convert the food you eat into glucose, which is the raw fuel it uses to produce energy. Once you’ve got glucose circulating in your bloodstream, your pancreas produces a hormone called insulin, which transports glucose into your cells, but if your cells don’t respond to insulin (as is the case with insulin resistance), your blood sugar can start to fluctuate wildly, leading to serious health problems.

The Dangers of Drugs for Blood Sugar Management

The current mainstream medical mentality on blood sugar management has created Big Pharma’s most lucrative class of drugs, and they will stop at nothing to keep them on the market. But they are nowhere near as safe as we’ve been told!

You may recall the scandal surrounding the controversial drug, Avandia. It appears that the makers of Avandia manipulated “scientific” data and outright lied about its safety record.[1] Yet it is still being prescribed despite having caused over 83,000 heart attacks, according to the Senate Finance Committee.[2] But there’s no reason for YOU to jeopardize your health for their profits, especially when there are safer options.

Some people are predisposed to blood sugar problems, while others may be at increased risk due to lifestyle. The good news (that Big Pharma wants to keep under wraps) is that in most cases, it’s easy to correct a blood sugar imbalance with a natural extract that I consider a true gift from the earth.

Cinnamon has been used as both a culinary spice and medicinal herb for thousands of years. Recently however, groundbreaking research on cinnamon has led to some exciting discoveries in the areas of blood sugar control, weight loss, cardiovascular health and more.

The Science Behind Cinnamon Is Impressive

The positive effects of cinnamon on glucose metabolism were actually discovered by USDA scientists who were shocked to discover that cinnamon significantly increases insulin production and has a fantastic balancing effect on both blood sugar and cholesterol.[3,4]

More recently, a study published in the American Journal of Clinical Nutrition showed that people who consume cinnamon daily have improved insulin function and increased levels of a peptide that help prevent overeating, which can lead to spikes in blood sugar.[5] Another amazing study showed that supplementing with 500 mg of a water-soluble cinnamon extract regulates blood sugar levels in people with insulin resistance.[6]

Do You Have an Addition You Don’t Know About?

Food cravings are one of the primary challenges people face when attempting to stick to a weight loss plan. Oftentimes these seemingly uncontrollable cravings are the result of a physical addiction to sugar. Breakthrough research has actually shown that refined sugar may be more addictive than cocaine! You may be familiar with sugar addiction if you’ve ever struggled with intense, overpowering cravings for baked goods, desserts or other sweet or starchy foods. This is where cinnamon can really help!

Cinnamon to the Rescue — AGAIN!

According my friend Dr. Harry Preuss, MD, a professor at Georgetown Medical Center and the world’s foremost expert on glucose metabolism, cinnamon’s ability to help control blood sugar makes it a valuable tool for weight loss. The fat cells in your abdomen are particularly sensitive to high insulin levels, and are very effective at storing excess calories that become fat. Research shows that cinnamon may actually mimic insulin, which can translate into fat loss.[9]

Most people don’t know that cinnamon contains volatile oils, and when used frequently in high doses, it can be toxic to the liver.[10] Your best bet is to take a cinnamon extract supplement, but make sure it is says “water-soluble”  on the label which insures that the toxic constituents have been removed while leaving the important active compounds intact. Currently, most experts recommend taking 500 mg a day of a standardized, water-soluble cinnamon extract.

As many of you may know, in addition to my work with Live in the Now, I own a company called SAN, which has been making premium-grade dietary supplements for over 15 years. Working with the SAN Scientific Advisory Board and Product Development Team, I created an affordable and highly effective cinnamon formula called CinnaPure™ that is superior to anything else out there. I encourage you to do your own research, to make sure I’m not just shamelessly promoting my own product. I am confident, however, that CinnaPure is simply the best cinnamon extract out there.

I personally inspect the manufacturing facility where CinnaPure is made on a monthly basis to make sure my rigorous quality standards are being met, so I feel comfortable saying that I stand by this product 100%.

Whether you’re concerned about avoiding blood sugar trouble down the road, losing weight, protecting your heart or simply increasing your energy levels and feeling better every day, CinnaPure is a smart investment. There is a special offer going on right now and you can get CinnaPure for as low as $14.99 per bottle.  Click here to take advantage of this special offer.

However, don’t just take my word for it. I encourage you to shop around and make sure that you are purchasing the best cinnamon extract you can get — your health depends on it! 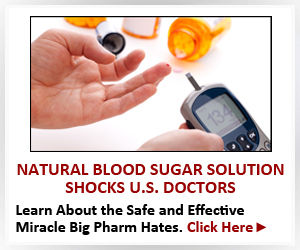