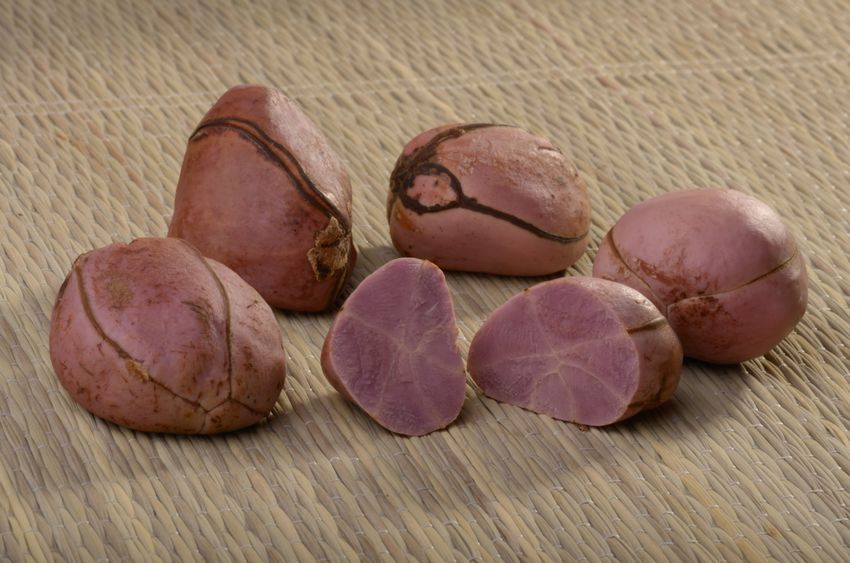 (BeWellBuzz) Before coffee and “energy” drinks were all the rage they are now, soda-pops made with the kola nut started the trend. Today, you don’t have to drink sugary pop that also spikes your blood glucose in order to enjoy the benefits of this exotic nut. It’s available in various weight loss and brain stimulating supplement formulas, or all by itself. Read on to learn about this inexpensive option that is used to aid weight loss, improve focus and concentration, combat depression and even treat a cold.

The kola nut (Cola Nitida) is also known as guru nut, cola nut, cola seed and bissy nut, and is the seed for the kola tree.

The Kola tree grows in hot, humid climates. It’s a flowering evergreen native to the tropical rainforests of Africa, primarily in West Africa, but also cultivated in South America, tropical Asia and Jamaica. The tree produces a star-shaped fruit. Inside the fruit is a seed pod that may be filled with as many as a dozen cola seeds.

The nut emits a rose-like fragrance. Although its flavor is at first mainly bitter, as it’s chewed and breaks down in the saliva it becomes sweet, leaving a pleasant aftertaste. The fruit is hand-picked, the nuts-sun dried to be used in cooking, in beverages, or in medicines. According to the Encyclopedia Britannica, the kola nut is also used for trade exchange among locals.

Kolas once were used to make a popular soft drink in America, although now its flavor chemicals are synthetically produced. Can you guess which soft drink featured kola nuts as a main ingredient?

I’m betting you guessed it. During the 19th century there lived a much respected American chemist-pharmacist named John Stith Pemberton. Pemberton had been severely wounded in battle and became reluctantly addicted to morphine. Searching for a cure, and an alternative treatment, Pemberton created a wine made with Peruvian coca and the kola nut. When prohibition laws took root, he converted the recipe to a non-alcoholic beverage, replacing the wine with sugar-syrup. Rather than selling the sweet tonic as a drug, he started a company to produce and distribute what, according to the New Georgia Encyclopedia, he called “the ideal temperance drink.” Today’s Coca-Cola no longer uses the natural ingredients in the original recipe, but it was arguably the first energy soft drink to boom in the US market. (Try Virgil’s Real Cola instead)

What’s in a kola nut?

The kola nut is 2-3.5% caffeine. That’s more than double the average Arabica bean, which contains about 0.8-1.4% caffeine. It also contains about 1.0-2.5% theobromine. Theobromine is a vasodilator, causing blood vessels to dilate, which enhances oxygen delivery. As a diuretic, theobromine has been used to treat edema (excess fluid in parts of the body). Also noteworthy, the “bissy nut” contains several phenols, providing antioxidants.

For those of us watching the pH in our diet, this seed is a low-alkaline forming food.

From improved digestion to creating a sense of euphoria, this little seed-food can be a versatile treatment. Here’s the breakdown of known medicinal uses:

Kola nut can be purchased in various forms including the whole nut, as an extract, in a tincture, in capsules and powder form. I’ve also heard of the nuts being boiled to make a tea. Please always be careful with stimulants. Consult with your doctor or healthcare professional; test in small doses; and follow packaging instructions.