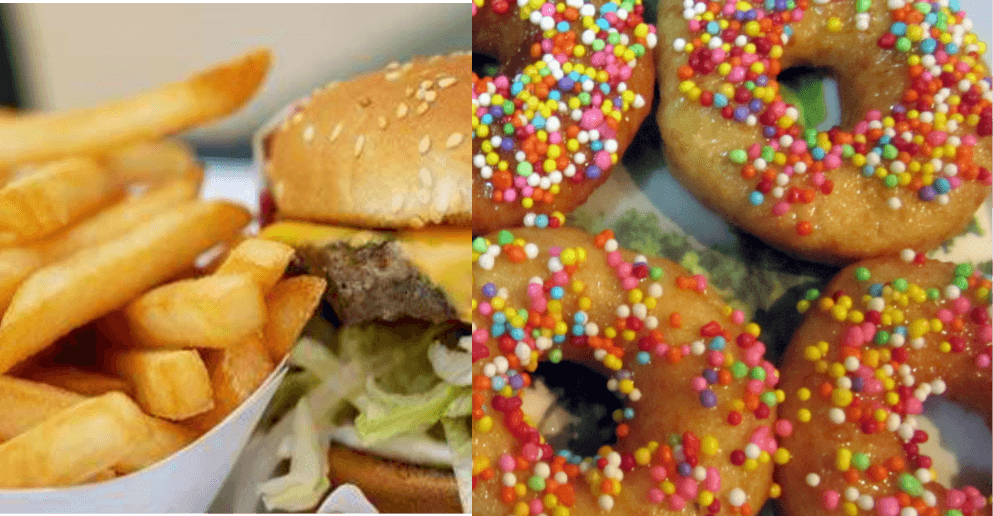 Most of us can skate through our lives avoiding getting on the scale and not looking into a full-length mirror so we can avoid acknowledging the inevitable love-handles growing around our mid-sections.

In the case of identical twins, Chris and Alex Van Tullenkens, there’s no escape from the vision of middle-age pudge that was slowly creeping up on the both of them.

Both hale from the UK and both have always been on the thinner side at six feet tall.  Furthermore, both are doctors.  When Alex moved to the United States to cultivate his medical career here, his lifestyle changed drastically and he nearly doubled his weight in a matter of a few years.

When the twins again met up, Alex’s brother, Chris, was absolutely appalled at the changes a sedentary lifestyle and a diet of processed, sugar and carb laden foods he observed on the person who was once his mirror image.  For Chris, it was a harbinger of “What Could Be”.

When pondering obesity, and the variety of factors at play, that’s one thing.  When you’re pondering twins who have developed extremely different body styles, it’s another thing entirely.  Then you really have to look at lifestyle.

The twins in our case study – Alex and Chris – are both doctors, they have an acute understanding of human biochemistry and the metabolic system.  It was obvious that they were somewhat lacking in the area of nutrition.

The twins initially thought that they were simply gluttons, eating too much and not getting enough exercise.  They had not really considered what they were eating or taken into account the fat/sugar controversy.

We’ve been told for ages that fat was bad and carbs were good.  Low fat foods were your friend.  We are now learning that carbohydrates, especially sugar, are not nearly as good for us as we have been led to believe. 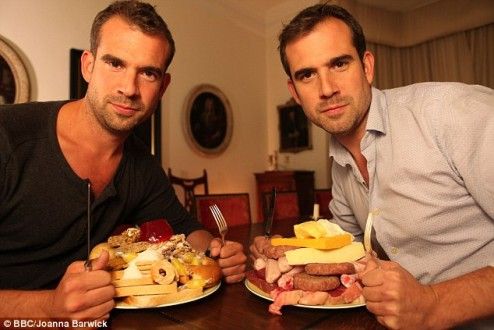 Here’s where the twins come in.  They conducted an experiment, endorsed and sponsored by the BBC in which they adopted very different diets for an entire month.  Since they are, after all, twins, this is a great way to gauge the true effectiveness of a diet.  Genetics would play no role in weight gain or loss whatsoever.  Alex went on a no carb, no sugar diet and Chris chose a very low fat diet.

Each of the twins was granted as much food as they wanted, although Alex wasn’t allowed carb and Chris was restricted to foods containing less than two percent fat. Every other facet of their lives were the same; exercise, stress levels, everything.

Alex, at first, thought he had it pretty good – after all, he was eating meats, eggs and dairy products.  A true carnivore’s diet.  Alex felt sluggish and lethargic and developed halitosis.  Chris, on the other hand, was never satisfied and snacked all the time.

Each twin was convinced that their specific diet was going to work, even though they were miserable.

The reality is that are high in carbohydrates often result in what is known as metabolic syndrome.  This is several factors all put together – obesity around the middle, high blood pressure, elevated cholesterol – that can raise your likelihood of developing diabetes, cancer and other serious health issues.

Weight gain theory has always been:  Eat more calories than you burn and you’ll gain pounds. Now, we’re seeing a shift – the calories from carbs affect our bodies in a negative way.  Cut out carbs.  Your insulin levels will stabilize and you’ll stop gaining weight.

The twins both did lose weight during their experiment, with Alex topping out at a loss of nine pounds.  Alex’s body had gone into ketosis due to his very low carb diet, his body started producing ketones which were used by his brain as fuel.  Even though Alex was consuming massive amounts of protein and producing ketones for his body to burn, some of the energy his body was burning came from the breakdown of muscle tissue.

Chris also lost weight, but over time eating lots of carbs is also going to have some fairly negative effects on your health.

Science is showing us that it is not fat or carbohydrates or sugar alone that gives us the negative results and affect our health.  It is the COMBINATION of these things.  And highly processed foods are the biggest culprits.  A study conducted by Drexel University determined that the fat/sugar combination found in highly processed foods actually affects brain chemistry by causing the body to experience a massive release of dopamine, a chemical released when those challenged with substance abuse issues take drugs.  Dopamine affects specific areas of the brain.  Staying away from the foods that produce an effect similar to addiction will help you go far in resisting consuming too much.

The answers lie in this key:  All things in moderation. Whole foods, those lower in carbs, are better for us, more aligned with how our bodies process the fuel we feed them and do not affect us in negative ways.