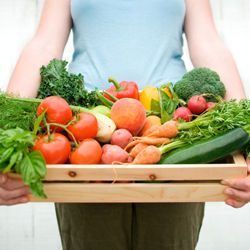 Raw foodism, also known as rawism, is a lifestyle that promotes consumption of unprocessed, uncooked, and organic foods as part of your diet. The advocates of raw foodism for a long time have presented it as an alternative and a superior dietary approach, relative to other diets.

Obviously, the supporters of raw foodism claim that this approach brings about multiple benefits that cooked or processed foods can’t. Raw foods are said to support our natural physiological processes without modifying them or intervening into their working style. In other words, raw foods are totally compatible with our body requirements.

Raw foods have been found to improve immunity to sickness and prevent many diseases. These foods contain essential nutrients which can be lost if they are cooked.

However, if you are thinking of becoming a raw foodie, step back and think a while. You need to exercise some care before you embrace raw foods and see how far your body is going to accept them. Fred Bisci, a renowned nutritionist and food scientist has been a raw foodie for the last 40 years and believes that a raw vegan diet can be the healthiest diet one can ever follow. However, Fred Bisci adds that one needs to follow a vegan diet correctly and monitor their nutrient levels regularly.

Indeed, the emphasis must be correctness and more importantly, on customization. No two human bodies are same and their requirements will vary widely too. Therefore, you should not be swayed by what the confirmed raw foodies say about raw foodism and must stick to what is beneficial for you. Consulting your doctor and taking a few medical tests to ascertain the suitability might be a good idea.

You need to watch out for certain deficiencies that may occur if you have been on a prolonged raw vegan diet. Vitamin B12 deficiency may eventually set in and those living in a cold climate may suffer from vitamin D deficiency. Taking a blood test and nutrient profile will be really helpful in determining the extent and nature of deficiencies. According to Fred Bisci, a raw vegan diet works wonders when one complements the diet with vitamin B12, vitamin D and other mineral supplements. In a nutshell, balance is the key to staying healthy and energetic with a raw food diet.