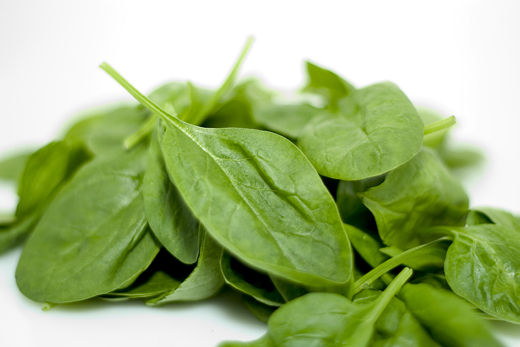 Did you know that so many of the problems in our bodies are caused by excessive calcification? Calcium can get deposited in the walls of the arteries and vessels and can cause bone spurs, as well as calcification of soft tissues. Some of the possible diseases that this can manifest into include obesity, cardiovascular disease, diabetes, and even osteoporosis. Here’s where Vitamin K steps in, particularly Vitamin K2, which can take care of all these problems and help you lead a better and fuller life.

The uses of Vitamin K2 are still being discovered, as this is something that is continuously being researched and developed. Vitamin K is the collective name for related compounds with similar molecular structures.  Vitamin K1 and K2 together are some of the most important compounds that can prevent calcification in the arteries.

Where is it found?

Vitamin K2 is normally produced in the intestinal tract, but the body cannot always produce enough, and so, we need to consume it externally. The interesting thing to note is that when we eat food that contains Vitamin K1, only a small percentage of it is absorbed by the body, whereas K2 is more efficient and almost all of it can be absorbed by the body. Furthermore, K2 can remain in your body for a longer time as opposed to K1, which dissipates within a few hours.

We’ve already understood that K2 is very beneficial for our body, but understanding exactly how it can help you will truly amaze you. All these factors have been deduced as a result of extensive research and studies conducted by scientists over the years.

Preventing atherosclerosis – Regular intake of Vitamin K2 can greatly reduce the chances of atherosclerosis or the hardening of arteries due to calcification. Increased intake of K2 has significantly reduced the occurrence of coronary diseases, as well as related mortality.

Osteoporosis – Osteoporosis occurs when the bones become brittle due to lack of calcium. Taking calcium supplements isn’t the only way to prevent this from happening. When combined with K2, it ensures that the calcium that has been taken reaches the bones and not elsewhere.

Prevents post menopausal fractures – Women who are experiencing menopause are more likely to suffer from osteoporosis, and as a result of their brittle and weakened bones, they could also suffer from painful fractures. Even if they do not sustain fractures, the loss in bone density is debilitating by itself. K2 slows down the bone loss in post-menopausal women, and studies have shown that the regular intake of supplements has even increased the bone density.

Aging – Growing old is not a pretty thing to witness, and it’s even tougher to experience. The body as a whole slows down, and some of this is due to arterial stiffening and calcification.  The intake of K2 helps in completely reducing the occurrence of stiffness.

Diabetes – Your pancreas is responsible for regulating your blood sugar levels, and normally has one of the highest concentrations of vitamin K in your body – this is why vitamin K plays such an important role in this process.
Japanese researchers have found that a deficiency of vitamin K has clinical effects similar to those of diabetes – high blood sugar, low insulin and problems with sugar molecules entering your cells where they are needed for increased energy production. This has prompted intense research into the use of vitamin K for treating diabetes – however, more proof is needed before standard recommendations can be made.

Alzheimer’s – One of the reasons why certain people develop Alzheimer’s is because of calcification of blood vessels in the brain tissues. A high dosage of Vitamin K2 could even work greatly towards preventing Alzheimer’s.

However, very little is absorbed by the body. Vitamin K2 is more beneficial and is usually hard to find in the foods we eat. K2 can, however, be found in some fermented foods and is also present in the good bacteria in the digestive tract. In Japan, ‘natto’ is very well known and is prepared from steamed and fermented soy beans. This excellent breakfast food is rich in Vitamin K2 and has been incorporated in breakfast programs in Japanese schools to ensure that it benefits all the children as well.

How much is too much?

You might be surprised to learn that while around 1mg of K1 is recommended daily, when it comes to K2, even 45 mg is not too much. Researchers have found that an intake of 45 mg of Vitamin K2 through supplements doesn’t cause any problems whatsoever. However, pregnant women need to be careful while taking this supplement, as too much of the same can cause birth defects in the baby.

Vitamin K2 is usually harmless, but you need to remember that if you are taking an anticoagulant or blood thinner like Warfarin or Heparin, it is better to consult a doctor before you start on K2. Patients who take anticoagulants should generally avoid K2 because it affects one of the important functions of K2, which is to act as a coagulant.

Vitamin K2 is available as a dietary supplement, and it’s a good idea to speak to your doctor before you start taking it.