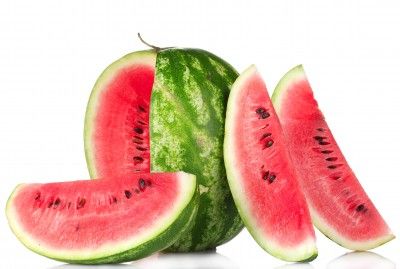 (BeWellBuzz) Some of the best pleasures in life are the simplest and don’t really cost much. A warm hug, a good nap or the first bites of a cool watermelon on an unforgiving summer’s day are to name a few. Watermelon is a very popular fruit because of the vibrancy in its appearance and its ability to pacify hunger and thirst too. And, as good as it tastes, it is better in health benefits than any other fruit. In fact, the large red flesh of a ripe watermelon contains some wonderful juicy secrets!

How Is Watermelon Grown?

Watermelons are not very fussy plants, but they do need some basic help from nature to grow and ripen. They require the sun, water and bees. The bees are necessary to pollinate the seeds of the yellow watermelon blossom.

To test if a watermelon is ripe enough to be picked; one should notice a small pale-yellow patch at the bottom.

What Is Nutritional Value Of Watermelon?

Watermelons are more than just sugary water as most people had previously assumed. They have a variety of other compounds that make watermelons a very healthy fruit for children and adults alike.

What Are The Benefits Of Watermelon?

For a fruit that is packed with healthy goodness, it is an ideal diet for those who watch the entry of every calorie into their body. It is completely fat free! Besides this, there are several other health benefits of the watermelon.

Watermelons are not only beautiful and delicious but are very versatile and can be used in a variety of salads and juices. But, kids are going to love this one!

The strawberry shake is blended with watermelon that have been seeded prior to the blending. This is then poured in paper cups with popsicle sticks and frozen cold.

What could be better! Beat the summer with the melon burst!