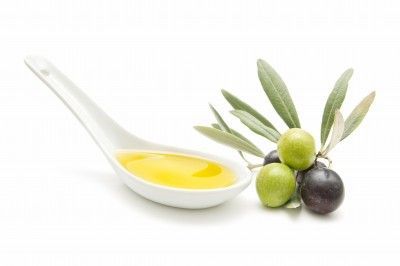 (BeWellBuzz) Olive oil offers many health benefits. Recently, studies unearthed one more benefit of this healthy oil – they found that it promotes bone health. To know more about the connection between olive oil and bone health, read on.

Some oils are not that good for health, and then there are some that are very beneficial. Olive oil belongs to the second category, we all know that. But did you know that olive oil has a protective effect on the bones as well? If you didn’t, you are not alone. Most of us were unaware of this fact, as it came into light just recently.

A recent study has concluded that olive oil has a protective effect on the bones. This study gives olive oil fans another reason to add more of it to their diet. To people who were reluctant up until now to add olive oil to their widely consumed foods list, this study shows them the value of doing so.

Let us see the positive effects of olive oil on health in detail.

A Detailed Overview of the Study

Spanish researchers carried out a study to measure the effects olive oil has on bone health.

Who did the study?

This study, which, in fact, was the first of its kind, was conducted by Dr. Fernandez-Real, MD at the Hospital of Gironia (Spain), and his colleagues.

The duration of this study was 2 years.

In this study, 127 men, aged between 55 years and 80 years, were randomly selected. All the subjects were selected from a PREDIMED (Prevencion con Dieta Mediterranea) study centre with a minimum of 2 years of follow up.

The study group did not have a prior heart disease, but all of them had been diagnosed with diabetes mellitus type 2, or type 2 diabetes, and exhibited at least 3 risk factors of heart disease, namely dyslipidemia (high blood cholesterol levels), hypertension (high blood pressure), and a family history of early heart disease.

The scientists randomly divided the subjects in three groups: the first group consumed olive oil-rich Mediterranean diet for 2 years, the second group had Mediterranean diet with mixed nuts, and the third group was put on a low fat diet, comprising primarily of fat derived from vegetable and animal sources.

The researchers measured the osteocalcin, HDL cholesterol (the good cholesterol), total cholesterol, glucose, and triglyceride levels of the participants at the start of the trial and after 2 years.

The researchers made the following discoveries:

In layman terms, researchers found olive oil to be beneficial to bone health.

Why olive oil is good for bone health

The researchers who introduced us to the positive effects of olive oil on bone health did not say why they found what they found. However, health experts attribute this ability to olive oil’s capacity for reducing inflammation.

Olive oil is a great source of phytonutrient oleocanthal, a chemical that has strong anti-inflammatory abilities, and monosaturated fats, which are less susceptible to oxidation (it is believed that oxidation contributes to inflammation). Inflammation is not good for health. The more inflammation there is, the worse it is for the bones. As olive oil reduces inflammation, by logical extension, it is beneficial to bone health.

A 1997 study had declared olive oil beneficial to osteoporosis patients

Unfortunately, this study never got as much publicity as the first one did. Nevertheless, it only confirms what the latest studies state – that olive oil is great for your bones.