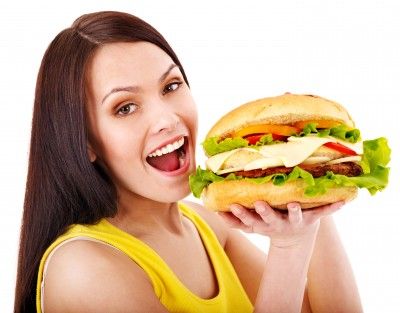 (BeWellBuzz) Appetites have soared and waistlines have expanded. An up close look at the statistics reveals the stark truth – an average American today is on an incorrigible binging spree!

According to the survey conducted by American insurance companies, between 1890’s and mid 1970’s the weight of the average man and woman remained constant. The study declared the status quo as a 25 pound increase in the weight of the average man or woman. Over 40 years ago people still ate the sinfully sweetened, high calorie food that they do today. While the health and wellness market earlier was not as rampant with diet books and fitness clubs as it is today, people were leaner and fitter than today.

The most obvious reason that comes to mind for the startling increase in weight is – eating more than we used to. According to researchers at the University of North Carolina at Chapel Hill calorie intake has increased by 570 calories between 1977 and 2006. The number of daily meals consumed by U.S adults rose to 4.8 in 2006 from 3.8 in 1977.

Why has the appetite curve risen so dramatically?

The drastic change that comes to light is the increase in omega-6 in our diets. All fried, baked, processed food is prepared in vegetable oil.  The vegetable oil made of corn and soya beans is high on omega-6 and has been found to interfere in our getting the omega-3.

According to expert Will Lassek, there has been a threefold increase in the consumption of processed vegetable oils made from corn and soya bean. The meat production is being increased by feeding corns and soya bean to the cattle, pigs and poultry. Omega-6 consumption has increased due to the misconception that it reduces the risk of heart attack but instead has been found to lead to a voracious appetite.

Is it just the appetite then?

Well, there is more to it than meets the eye!

According to the researcher Brian Wansink, the Americans have got into the vicious circle of ‘mindless eating’. Prof Wansink states that mindless eating occurs when we allow social situations, emotions, attractive packaging, or labels to distract us. People are unconsciously influenced by their environment about when to eat and how much to eat. In a study published in Plos researchers have found when people share a meal together, they tend to eat as much or as little as their dining companion. This combined with an increased rate of dining out is spreading the uncontrolled gluttony like an epidemic.

Why makes us eat so much?

According to a research by Sullivan, over the past years, the number of dining restaurants especially in North America has proliferated. An average person dines out 3 times more than one used to a few years ago. The survey by National research association reveals that consumers are dining out not only on special occasions but as an integral part of their lifestyle.

The hectic lifestyles, ready availability of fast foods and decline in regular mealtimes are some of the main reasons of more frequent meals during the day. There has been an increase not only in portions but also the snacking occasions. People are mindlessly eating second breakfasts the underlying belief being that to eat several times a day is healthy. David Lavitsy, Professor of nutrition and psychology from Cornwall University says that people end up consuming more calories when they switch to smaller meals.

Besides the frequency of eating, the consumption of relatively bigger portions has increased much more than a few years ago. The size of the average dinnerware has increased by 11% contributing to heap portions of food that match the plate size.

The bait that lures one into overeating is easy access to convenient, cheap and tasty food. The food companies and restaurants are playing with the consumer psyche by using fancy words to describe the menu than just a simple statement of ingredients. For example, double beef prosperity burger sounds more enticing than just a beef burger. The consumer is led into thinking that it is a superior quality in irrespective of the taste.

Multi-tasking in today’s hectic and chaotic lifestyle makes it difficult to sense fullness of the stomach, and you are likely to indulge more. Multitasking and eating (like a rushed breakfast) during the morning commute, binging while watching TV or a quick bite snacks at work are the sure shot ways of overindulgence.

These facts and figures are a warning to curb on the rise binging spree before it’s too late.

Now is the time to put deliberate efforts into mindful eating and consciously choosing when, what and how much you eat.