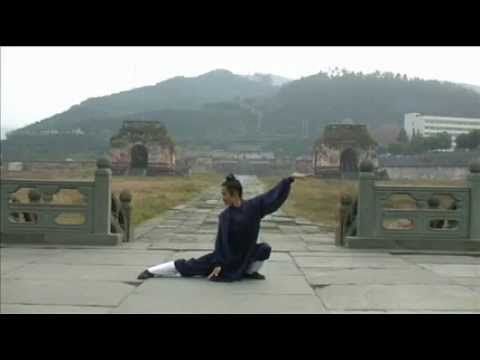 A gamekeeper in India, riding on an elephant’s back, attempted to dart a tiger. To his surprise, according to an Associated Press article, the tiger sprang into the air and took a swipe at the man’s head. How high was that? National Geographic once recorded a tiger jumping onto an elephant’s head – that’s twelve feet, and the seated gamekeeper was at least that high if not higher!

So what allowed this tiger to seemingly defy gravity? Where does the athletic ability come from? Tigers don’t lift weights, nor do they exercise that much. They actually tend to lounge about a lot, except when hunting or mating. Does the strength come from muscle tissue alone? The ancient qigong sages believed that the ability was a result of qi (pronounced chi). Qi can be roughly defined as vital force.

Of course, some might say it’s because of a difference in the tissue structure between a cat and a human. Okay, let’s hold that thought. Consider the chimpanzee. Scientists have confirmed that genetically we’re 99 percent identical. It seems there’s more difference between yeast cells than there is between chimps and humans. According to Science Daily 2/13/09 and the University of Gothenburg, “The DNA of individual yeast organisms can vary up to 4 percent, compared to the 1 percent difference between the DNA of humans and chimpanzees.”

Chimpanzees are so closely related to us that our flesh, organs, and glands are identical, yet there’s no comparison in strength between a human and a chimpanzee. A 100-pound chimp can dead-lift 600 pounds. The Guinness Book of World Records (1975) stated that in 1924 a chimp named “Boma” who weighed 165 pounds pulled 847 pounds with one hand, and “Zuzette,” a female in the same Bronx Zoo in New York, pulled 1260 pounds with one hand! Go figure. Topping that, consider that a silverback gorilla is estimated to be able to press 4600 pounds overhead!

So, if our flesh is 99 percent identical, where does their strength come from? Can we learn to increase our physical strength, energy levels, and health to superhuman levels? Apparently this has been demonstrated by qigong and kung fu masters. While some feats can certainly be faked, there are plenty of examples that have survived scientific scrutiny.

So, what’s the deal? The bottom line is that energy is the construction material for matter. All matter, including cells, flesh, blood, glands, organs, and muscles, requires the primary element in abundance. It’s energy that binds atoms and molecules together. Electromagnetic forces are controlled by it, and the physical body is put together and healed by it. So, just what is this energy? Once again, the masters call it qi. They long ago identified what quantum physicists are just beginning to understand. Not only did the ancient masters know about it, they long ago learned how to control and use this strange energy. They knew that this mysterious something was the glue that kept nuclear forces intact and held the universe together.

The masters also observed that animals living in nature instinctively knew how to tap into this source energy to lesser or greater degrees – hence, their uncanny sense of knowing about coming storms, earthquakes, weather changes, and how to locate food and water, as well as their extraordinary strength and endurance.

Can humans like you and me also acquire such talents? The answer is a resounding yes! Let’s consider this: our bodies are 70 percent water and our blood is 90 percent water.

This water is in constant motion and is full of electromagnetic elements such as a vast array of electroconductive minerals. Our muscles and connective tissue are filled with roadways of liquid crystals that were long ago mapped out on this tight-fitting suit of flesh that we wear. It is the pulse of electromagnetic energy traveling these crystal roadways that animates our flesh. Strengthening this pulse of vital force allows us to perform amazing feats.

When we rearrange the hydrogen bonds infusing these liquid crystals, we allow our invisible life force to flow stronger. The ancients called these crystal roadways meridians. Meridians are string-like pathways of liquid crystals similar to fiber-optic cables, which carry an informational signal. These polarized crystals are made up of eight tetrahedral molecules. Each has a pyramid shape with four sides, which are capable of emitting a tremendous force. This is the energy field those who do qigong feel between their hands.

Watch the video below to see Tiger Kung Fu (a form of Qigong martial arts) in action:

Together Peter Ragnar and Tristan Truscott have a combined 90 years of practice and research in martial arts, meditation, healing, natural living and qigong. They are the creators of a plethora of life enhancement programs and have been teaching thousands of student around the world for many, many years. Their most recent program is called Good Morning Good Evening Qigong, a practice that super-charges the human body, in as little as 10-minutes!

Latest posts by Tristan Truscott and Peter Ragnar (see all)