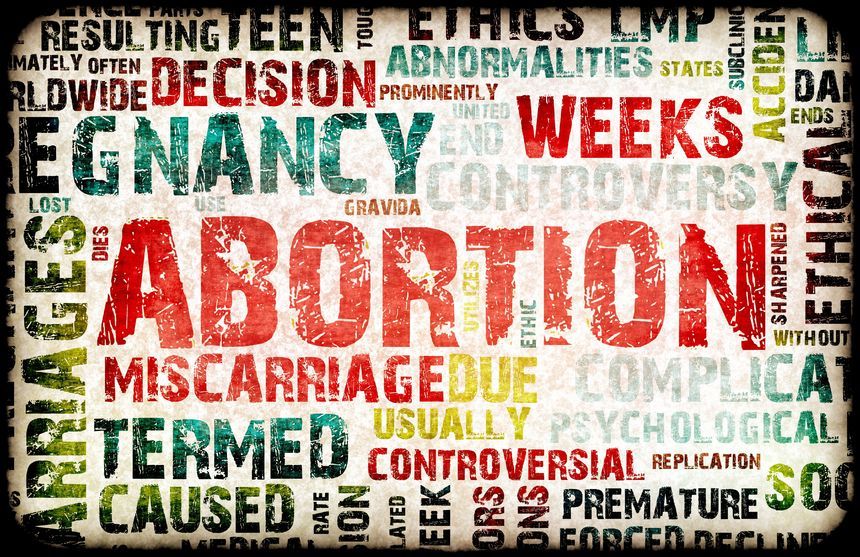 (BeWellBuzz) Atheist, scientist and professor David Fergusson was flabbergasted to discover that the abortion procedure and its effects upon a woman’s health have been so “poorly researched and evaluated.” In our growing desire for a holistic approach to health more and more women are demanding the truth about mammograms, mastectomies and conventional breast cancer treatments (e.g. chemotherapy), suddenly awakened to what some call the “pink money machine.” We painstakingly seek out the best foods, nutritional supplements and lifestyle habits to maximize our potential for a long prosperous life. All moral mud wrestling aside, pregnancy is a biological process, abortion is an invasive surgery and the morning-after pill (e.g. the popular Levonorgestrel ) is a pharmaceutical.

It seems only right, then, that the conversation about abortion would home in on its impact upon a woman’s physical and mental well-being. In the holistic culture we tend to approach conventional medicine with a healthy distrust. We perform our due diligence when it comes to drugs, preventions, treatments and surgeries so that we don’t create more trouble than we started with. Yet, in the case of terminating a pregnancy ideological talk seems to overshadow all else.

Before she makes this decision every woman should know if there is even an off-chance of a threat to her well-being, just as we expect to be informed concerning all processed foods, supplements, pharmaceuticals and the like. Every physician makes the pledge to do no harm and every woman has the right to make an informed choice.

Why the Science is Confusing

Scientists long ago figured out that publishing a study on abortion holds the threat of new enemies. David Fergusson is a researcher and Professor of Psychology at the University of Otago in New Zealand and, despite the known risk, he’s taken on the challenge. He says releasing an honest study on abortion could prove detrimental to one’s career-

“…because everybody knows that if you do research in this area, one side or the other is going to turn upon you, because your results don’t support them.”[1]

In a televised interview on The 7:30 Report broadcast by Australian Broadcast Company (ABC) Fergusson assured us, “I remain pro-choice. I am not religious. I am an atheist and a rationalist.”[2]

But after releasing the controversial results of a study he and his team conducted in 2006, Fergusson felt the push to explain his motivations:

“…research into the costs and benefits [of abortion] have been very weak…This is because the debate between the pro-life and pro-choice has, in a sense, driven the science out…It verges on scandalous that a surgical procedure that is performed on over one in 10 women has been so poorly researched and evaluated, given the debates about the psychological consequences of abortion.” [3]

He further stated that scientific literature concerning the procedure is among “the most methodologically flawed and illiterate,” presumably because of competing interests and religious or political agendas.

So Fergusson chose to find out for himself about the impact of an abortion on women’s health. He was surprised by the results.

At the outset of his study[4],[5] the psychology professor expected to find evidence that “the background of young women predisposed them both to abortion and to mental health problems.”[6] He and the team set out to disprove that abortion caused illness. They believed ethnicity, social background and a previous history of mental illness were the culprits behind the high rate of mental instability following abortion.

To his surprise, this was not the case. Rather than improved mental states and a continuance of a healthy, happy life as before:

“Those having an abortion had elevated rates of subsequent mental health problems including depression, anxiety, suicidal behaviours and substance use disorders.”

42%, or roughly 2 out of every 5 femmes in the group who opted for an abortion developed a major emotional disorder, and this rate was 35% higher than women who completed their pregnancy.

…What people should be saying is, ‘This is interesting … we need to invest more to answer this important question’.”

Instead, the media preferred to turn a blind eye. Several publications refused to print his report. News stations weren’t flocking to his breaking news interview. And why not? Because of a major flaw in the science? Danger to the public? To protect the interests of women?

To avoid social controversy. And perhaps reasons yet unspoken.

In April of 2013 Fergusson released a “reappraisal of the evidence” to address a slightly different question. Women reportedly choose to abort in order to maintain a good quality of life and/or to avoid the emotional and mental stress of delivering an unwanted baby. This time Fergusson sought any scientific evidence to back the hypothesis that abortion reduces stress and mental health risks for women. He concluded,

Impact of Abortion on Physical Health

In 1989 and through the 1990s multiple studies identified an increase to the risk of breast cancer following one or more induced abortions.[8],[9],[10] Despite efforts to annul the findings and quiet the stats, the issue resurfaced in 2011 when the popular health guru, prolific health writer and doctor of Osteopathy, Dr. Mercola, reported the findings of a British study, “Women who have had an abortion are up to twice as likely to develop breast cancer...”[11]

The National Cancer Institute (NCI) has acknowledged that carrying a pregnancy to term and breast feeding both reduce the risk of the cancer in women.[12]

More women are stepping out to voice their experience after one or more abortions. Jennie is 30 years old and has had three abortions. She suffered cervical damage from the invasive procedure and now is told she can no longer have children. Lisa’s 32. She underwent the abortion surgery 3 times. She says she was “harassed into the first two.”  She had later complications with her pregnancies but now has five of her own children, some of which are foster kids. Jessica is 35. She had 3 abortions and became increasingly depressed after each one. Now she’s healing, at last, and helping to inform others of the widely unknown potential hazards of having an abortion.[16]

We know that invasive surgeries and drugs put our health at risk. We know that there are leaders in the medical field that don’t have our best interest in mind. As women we need to do more than just listen to the surgical center that provides abortions or be swayed purely by talks of idealism. The risks are real. Every girl needs to examine the evidence. If we seek other solutions, ones which cause no harm, I expect wholeheartedly that we will find them.