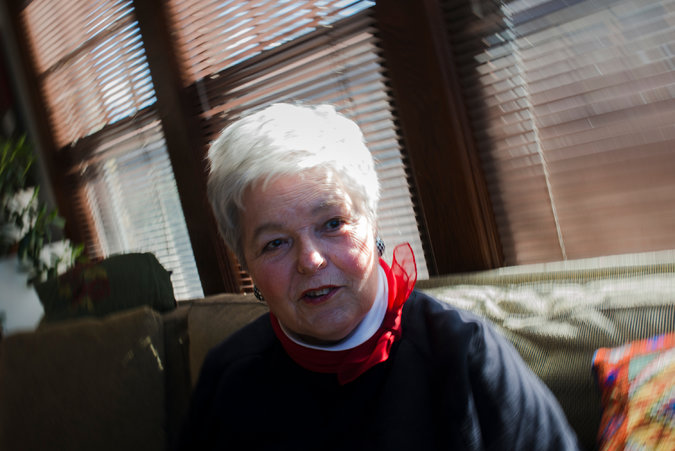 Now older adults, suffering from a common form of vertigo, can stop the world from whirling around them with this simple vertigo treatment. This post from The New York Times sheds light on a quick, non-invasive technique called the Epley maneuver.

The first time it happened, in 2011, Bob Amberger thought he might be having a stroke.

A retired real estate agent and contractor in Modesto, Calif., he awoke one morning, started to climb out of bed and felt the room whirling around him. “It was the most disconcerting experience imaginable,” said Mr. Amberger, 71.

If he kept still, the sensation abated, “but as soon as I moved, it was a wild merry-go-round.”

Frightened, he called 911 and spent a day and a night at a hospital, undergoing thousands of dollars in tests — CT scan, M.R.I., ultrasound, blood work — that found nothing alarming. But whenever a nurse or doctor asked him to sit up in bed, he had to reach for the rails.

Two weeks later, still feeling as if he had a hangover, he saw his primary care doctor, who finally explained that Mr. Amberger had the most common kind of vertigo. Reassuringly, there was an easy fix.

So many of the ailments that plague older adults can be managed but not cured. Benign paroxysmal positional vertigo is a different story.

Although it can be terrifying and tormenting, a trained physical therapist, audiologist or otolaryngologist can usually dispatch its symptoms on the spot with a simple repositioning maneuver. When the vertigo comes back months or years later, as it tends to do, it can be vanquished again. Often, patients can perform the maneuver at home.

“When you tell patients that all you have to do is move your head in a few different directions, they think you’re crazy,” said Dr. John Oghalai, an otolaryngologist at Stanford University.

But when they find their vertigo gone with a nonpharmacological, nonsurgical treatment lasting 10 or 20 minutes, “they love it,” he said.

B.P.P.V., as it’s known, occurs when the tiny calcium carbonate crystals of your inner ear loosen and migrate into one of the semicircular canals, where their presence signals the brain that you’re moving when you’re not.

The resultant spinning sensation usually lasts only a minute or so, but changes in head position can bring it on multiple times a day — when you bend down to empty the dishwasher, lean back in a dentist’s chair, or merely roll over in bed. B.P.P.V. can also follow a head injury. The whirling sometimes become intense enough to cause nausea and vomiting.

This kind of vertigo occurs more frequently in older adults, apparently because the protein coating that holds the crystals in place weakens with age. “Like an old Post-it note, after 60 or 70 years the stickiness wears off,” said Dr. Carol Foster, an otolaryngologist who directs the Balance Laboratory at the University of Colorado Hospital.

Mercifully, the dizziness often resolves on its own within a few days or a couple of weeks. That also makes it difficult to calculate how many people suffer from vertigo, since some never seek treatment or get a correct diagnosis if they do.

When Dr. Oghalai and his colleagues evaluated 100 patients who came to a geriatrics clinic at Baylor University over two weeks, none of whom had previously reported dizziness, they found that 9 percent had undiagnosed B.P.P.V. Balance experts think it is even more widespread.

Though the vertigo itself isn’t dangerous, the Baylor study found that patients who had it were more likely to fall, which can cause serious injuries, and were less able to handle daily activities like bathing and dressing. They were also more likely to have received a depression diagnosis.

If the vertigo persists, “it can be very debilitating,” said Dr. Susan Herdman, professor emerita of rehabilitation medicine at Emory University. Some patients come in feeling so unsteady that they are holding onto walls and furniture, or even using a wheelchair.

On average, patients with this disorder have already visited five other physicians before they arrive at Emory’s Dizziness and Balance Center, Dr. Herdman said.

Along the way, they may have undergone lots of expensive, unnecessary tests. They may also have been taking prescription anti-nausea drugs for months, or even years, which may slow the perceived spiraling but don’t stop the vertigo.

What does stop it, an estimated 90 percent of the time, is canalith repositioning, also known as the Epley maneuver, after the Oregon ear surgeon who devised it in 1980. “This is a simple mechanical disorder,” said Dr. Foster, who has performed the maneuver thousands of times. “You can fix it in minutes.”

The therapist first confirms the benign paroxysmal positional vertigo (there are many other kinds) by turning your head from one side to another while looking for a characteristic eye movement called nystagmus.

The Epley maneuver also involves turning your head in several positions while you’re sitting, then lying on your side. The process is quick, generally taking less than five minutes. (You can see the steps online.)

Gravity allows the inner ear crystals that have shifted to float back into place. Practitioners sometimes must repeat the maneuver or use related ones. The treatment can bring on vertigo in itself, and patients sometimes report feeling a bit off-balance for a day or two afterward.

Usually, however, they’re startled to find that the spinning has stopped.

A decade later, Mrs. Larson was experiencing vertigo again and happened to read a newspaper article about the Epley maneuver. She drove 65 miles to a hospital that offered it. “I was willing to try anything,” she said.

She had immediate relief then, and continues to head for a clinic when the vertigo threatens to reappear. “It’s so noninvasive and so easy,” she said. “You don’t even have to put on a gown.”

Dr. Foster has developed an additional maneuver for home use, called the half-somersault that is done kneeling on the floor. Mr. Amberger found it online and reports that “it works stunningly well.”

Dr. Foster’s initial trial with 68 patients using it at home showed that the half somersault was as effective as a self-administered Epley, but it’s still so new that studies replicating her results haven’t been published.

The Epley itself has only been widely practiced for about 20 years. Some medical professionals clearly don’t know about it — or even recognize B.P.P.V. Frustrated specialists believe that tens of thousands of older adults endure its miseries without learning that there’s a safe, accepted, low-cost way to make the world stop twirling around them.

Image credit: Alex Potter for The New York Times. Ora Larson at home in Saint Paul, Minn. She suffered a common form of vertigo and found relief through a technique called the Epley maneuver.

via The New Old Age: An Easy Fix for Vertigo