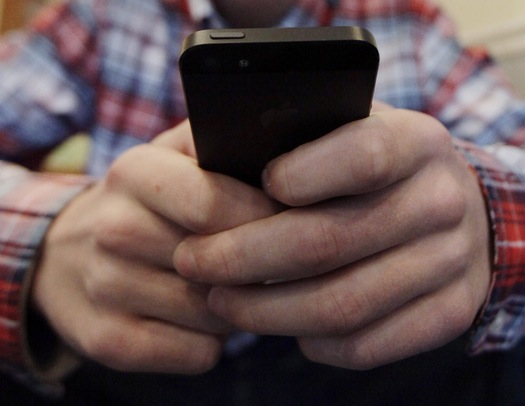 A new sleep disorder, called sleep texting, is a growing concern among doctors. This post from StarTribune.com sheds light on the impact of its high prevalence rates among the young people.

Olivia Priedeman, 17, woke one morning from a dream she had about making plans with a friend.

But it wasn’t a dream. Her phone showed that during the night Priedeman had punched in her passcode, unlocked her phone and read a text message from her friend.

All while she was fast asleep.

“It was really weird,” recalled Priedeman, a junior at the Blake School.

Weird, but not uncommon.

Reading and responding to text messages while asleep — called “sleep texting” — is an abnormal sleep behavior, similar to sleepwalking. It’s also a growing concern among doctors grappling with a sleep-deprived population: young people who can’t be separated from their cellphones. For teens, lack of sleep has been linked to obesity, high blood pressure and behavioral problems.

Dr. Mike Howell, with Fairview Sleep Center at the University of Minnesota Medical Center, estimates that as many as half of his young patients who report sleep problems have sleep texted. While some of those texts did little more than embarrass their senders, others were nothing to joke about.

“We’ve had concerns of people who have texted or called 911, not realizing what had just happened,” he said.

We tend to think of sleep in finite terms: You’re either fully awake or fully asleep. But it’s not that simple, said Dr. Andrew Stiehm, a sleep medicine specialist with Allina Health.

Dr. Gerald Rosen, medical director of the pediatric sleep disorders program at Children’s Hospitals and Clinics of Minnesota, considers sleep texting an automatic response, similar to how a mother responds to a baby crying in the middle of the night.

“If you’re a mother, you awaken to the sound of your child crying. Even if it’s not a loud noise, it will trigger an awakening,” he said. “That’s essentially what’s happening with lots of kids with their phones.”

But Rosen sees sleep texting as a symptom of a larger problem: young peoples’ overreliance on cellphones.

“For them, the cellphone is a life link,” he said, “and this is central to how they view the world.”

One in three teenagers sends more than 100 text messages a day, according to the Pew Internet & American Life Project. And at least four out of five teens said they sleep with their phone on or near their bed.

Elizabeth Dowdell, a Villanova University professor who has studied sleep texting, said that having a phone nearby all night is a big part of the problem.

“That phone is in bed with them or sometimes on top of their chest when they’re sleeping or even in their hand. So the response is kind of automatic,” she said.

Some of Dowdell’s students have admitted that they’re disturbed by their nighttime texting behavior. But because sleep texting is unconscious, it’s a difficult habit to break.

Dowdell said she knows of one student who wore mittens at night — and others who wore socks on their hands — to keep themselves from texting.

For families with tweens and teens, texting in bed after “lights out” has become common, said Dr. Marjorie Hogan, a pediatrician at Hennepin County Medical Center. That’s why she suggests establishing a “media curfew,” docking all electronic devices outside the bedroom at a fixed time.

Shay Radhakrishnan, 16, admits that she sleeps with her phone. But now the practice is giving her some pause.

“A lot of people leave their phone on their side table, but for some reason I leave mine on my bed,” she said, “which is probably dangerous because it will probably wake me up a lot more — and [will] probably cause me to start sleep texting.”