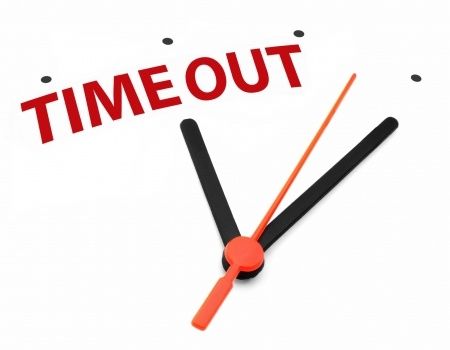 Experts are saying we live among a hyper-stimulated, sleep deprived people. You might have your ducks in a row about eating healthy and exercising regularly, but many of us go-getters struggle with the less ambitious side of health; namely, rest.

“On average we’re sleeping 20% less than in 1960,” explained Dan Pardi, sleep researcher and expert at the Department of Neurology & Endocrinology in Lyden University, Netherlands.

According to Pardi surveys show that this generation is getting less and less rest. The most recent study done by the National Sleep Foundation found that people are sleeping 6 ½ hours on weeknights and 7 hours, 20 minutes on weekends. That’s sleep deprivation and the consequences include cognitive decline, insulin resistance, weight gain, diabetes II, emotional disorders, dangerous/risky behaviors, and an impaired immune system leading the way for disease.

Related: Skimping on sleep comes with serious consequences, including accelerated aging. There’s a lasting price to pay for sleep loss.

Though many will justifiably point the finger at stimulants like coffee, laptops and rock n roll, Pardi says the primary reason we’re sleep deprived is…choice.

Joining him in this view is Neurochemist and nootropics designer, Mark Effinger.

In an exclusive interview with BeWellBuzz.com Effinger asserted, “We live in a society that praises stimulation and down credits sleep and relaxation… The typical mindset is thinking, ‘How many hours a day can you operate on the highest level? How hard can you push yourself before you break down?’ So sleep is discredited.”

And uppers in the form of “energy drinks” and caffeine shots are credited. The result is excess cortisol (stress hormone), often unperceived exhaustion and, ultimately, adrenal fatigue.

If this is ringing a little too true for you, have no fear. Experts want you to know that even if you’re quite pleased with the late night “lap dance” (with your lapTOP), it’s possible to make up for stolen time.

The Wall Street Journal (WSJ) is a publication that ministers to more than 2 million readers every day. A few years ago Scott Mayerowitz of ABC News reported on the demographics behind the paper’s readership, “’More than three-fourths of them have a college degree, and their average household income is $234,909.’”[1]

This is exciting because the Wall Street Journal recently reported that it may be time even big execs followed after their 3-year-old’s example and practiced regular napping.

According to the report, there are three types of naps serving three different purposes:

This is the 10-20 minute nap, “adequate for getting back to work in a pinch.” The researchers quoted in the WSJ didn’t entirely agree, but most say this one is great as a refresher that typically won’t leave you feeling groggy.

In a study published in the journal, Neurobiology of Learning and Memory, college students who power-napped for 10 minutes fared better than non-nappers in a memory task, but two weeks later showed inferior results compared to hour-nappers.

Sara Mednick, an assistant psychology professor at the University of California, Riverside, told WSJ that the length of the nap depends on the needs of the napper (say that three times fast).

She elaborated, “For cognitive memory processing, however, a 60-minute nap may do more good.”

Researchers in the aforementioned study of college students found such superior results from the hour-nappers over the power nappers that they concluded, “slow-wave sleep—only experienced by the 60-minute nappers—is necessary for memory consolidation.”

The hour-nap may cause a little grogginess upon waking simply because, for most people, it’s not a full sleep cycle. The complete cycle is typically 90-minutes.

The Super-Power Nap: The Inventor

When you start and finish a full sleep cycle all of the metabolic processes intended for sleep get fulfilled. Mednick said the 90-minute nap “aids creativity and emotional and procedural memory, such as learning how to ride a bike.”

Within that time frame you’ve probably also experienced REM sleep and entered into a dreaming state; and dreaming may make the way for problem solving.

Mark Effinger believes that we can use napping and deep sleep as part of a sleep strategy that incites problem-solving. As we sleep the unconscious mind has a chance to piece bits of information together and begin to draw conclusions. You might literally “do the math” in your sleep. This is the time when creative solutions, inventions and new ideas may come forth. Who knew sleep could be this exciting?

As another plus to what I’m calling the super-power nap, having fulfilled each stage from light sleep to slow wave and REM without any deprivation, the dreamer is less likely to awaken with “sleep inertia,” but should feel refreshed and energized.

According to the experts adults should nap between the hours of 1 – 4pm to avoid losing sleep that night.

If you’re dreaming during a 10-minute nap it may be a sign that you’re sleep deprived and need more. In that case naps probably won’t cut it. Try to increase your sleep time nightly and use napping to supplement and refresh.

Here are some tips to help you get better zzz’s at night:

2. Come the Night, Dim the Lights 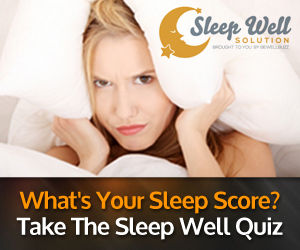