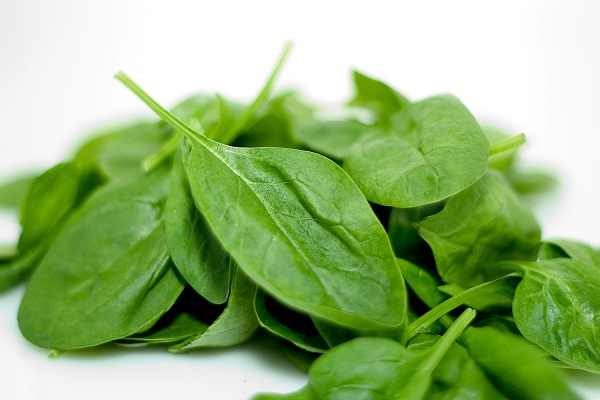 Most of us will have macular degeneration as we age. But we can slow this process and even prevent it with certain dietary strategies. Learn how spinach and other foods and supplements can prevent the leading cause of blindness.

The macula in the center of the retina of our eyes can easily become damaged when it is unprotected. The macula can be damaged by looking into the sun or with prolonged bright light exposure. But the risk of this type of damage – or age-related macular degeneration – is decreased when the macula is protected by its own macular pigment.

When this macular pigment becomes thinner, it lets in a type of light that easily damages the macula. One of the most damaging is called blue light. Blue light is the prevalent emission among computers and many TVs. It is also a component of the sun – though the sun also has many healthy wavelengths of light that balance its blue light.

Yes, healthy macula maintains a yellow pigment that shields blue light. This might be compared to the macula having its own pair of sunglasses. This macular pigment is made up of three yellow carotenoids – specifically lutein, zeaxanthin and meso-zeaxanthin.

Towards the middle of the macula, zeaxanthin is more concentrated, reaching 75 percent. Away from the middle, the dominant component is lutein, with 65 percent or more of the total. Among all tissues, the macula contains the highest concentration of these carotenoids.

When our consumption of these important carotenoids runs low, the macular pigment shield of the macula thins. This can progressively happen with age, but it can also run low among those with low levels of these nutrients – lutein and zeaxanthin – in the diet.

In both instances, as the macular pigment thins, blue light gets in and damages the macula. This is because the carotenoid pigment absorbs blue light.

Blue light is part of the visible spectrum that comes from the sun, but it is one of the longer wavelengths, at between 400 and 500 nanometers. Meanwhile, ultraviolet radiation ranges from 220 to 400 nanometers, with UV-C the shortest at 220-280 nm and UV-A at 320-400 nm. Ultraviolet radiation under 295 nanometers is typically filtered out by the cornea. But longer UV wavelengths and blue light gets through the cornea along with the rest of the visible spectrum (400 to 700 nanometers).

As mentioned, blue light is also disproportionately emitted with computers, phones and other digital displays. This is one reason why the eyes tend to get more tired after looking at these screens – depending upon the levels of our macular pigment density.

How do I know if my macular pigment density is low?

Each of us will have a unique thickness of macular pigment, depending on our age, general health and diet. But our levels could be significantly low. This increases our risk of macular degeneration – or greater degeneration as our bodies age.

Most blindness is produced from macular degeneration.

The thickness or density of our macular pigment can be measured by an instrument such as the QuantifEye made by ZeaVision. This test is not invasive and can be done in the optometrist’s office. The macular pigment optical density will be scored between 0 to 1. An MPOD score of less than .21 is considered low. A score of .22 to .44 is considered medium range, and scores between .45 to 1.0 are considered high – and healthier. The greater the pigment density, the more the macula is protected against radiation damage.

A thicker macular pigment density also can significantly improve our vision. It can help prevent photosensitivity for example. Thicker pigment can also help us view natural environments and see at night.

It is not as if our macula pigment density is fixed, however. Our diet can significantly change the pigment.

So you think this is far-fetched?

Japanese researchers tested the notion that ones dietary habits could significantly change our macular pigment density. So they recruited 11 healthy people and tested 22 eyes. They were non-smokers, aged between 21 and 45 years old.

The researchers gave the subjects testing for the health of their macula and their macular pigment densities. They also gave them blood tests and general eye exams.

Then they had the subjects eat 75 grams of frozen spinach each day for two months.

The 75 grams of frozen spinach was tested and contained 10 mg of lutein – the sister carotenoid with zeaxanthin. They also gave the subjects food frequency questionnaires to measure the rest of their diets.

The researchers found that the eyesight of the subjects was improved – measured as visual acuity. They also found their macular pigment densities were significantly increased. These improvements were seen at both one month and two months after the spinach regimen began. They confirmed the relationship between the lutein by seeing increased blood levels of lutein among the subjects.

Many other studies have shown that lutein, zeaxanthin and/or meso-zeaxanthin carotenoids increase macular health:

A study from Germany’s Friedrich Schiller University gave 20 patients with macular degeneration either 50 milliliters of a kale extract or a placebo for four weeks. They also studied the patients for two weeks prior and four weeks after (washout period) the supplementation.

The researchers found that their macular pigment densities increased significantly among the treatment group. But during the washout period, their densities and blood levels of these carotenoids decreased significantly. They were better than at the beginning, but they did drop off when the kale extract was stopped.

This of course indicates that we have to consistently eat these carotenoid-rich foods.

A number of studies have confirmed this. In research published in the British Journal of Nutrition, scientists conducted a meta-analysis of multiple studies. These studies investigated the relationship between dietary consumption of foods with lutein and zeaxanthin and their macular health.

They also found that greater consumption of the carotenoids reduced the incidence of another form of age-related macular degeneration called neovascular AMD – by 32 percent.

What about carotenoid supplementation?

The researchers also found that the macular pigments of the patients continued to increase between the second and third year of supplementation among those where the supplements included meso-zeaxanthin.

The researchers also noted that none of the patients taking the supplements progressed to advanced age-related macular degeneration.

Sources of lutein and zeaxanthin

Other good dietary sources of lutein and zeaxanthin including spinach are (in milligrams (mg)):

Other good sources of zeaxanthin/lutein combined include oranges, tangerines, lettuce, beans, celery, peaches and carrots – again in order of content.

Confused about lutein, zeaxanthin and meso-zeaxanthin?

The reality is that lutein, zeaxanthin and meso-zeaxanthin have the same chemical formulas. The main difference is in their double bonds among their rings.

As a result, they have similar effects, and they are also often combined within foods. Some foods supply distinct lutein and others supply distinct zeaxanthin. But most foods that contain either contain them in combination. This means that the human body will derive all from eating these – yet distinctly more of either will be absorbed when they are isolated.

Blood levels of the carotenoids come from the diet or supplementation, but absorption is an issue. Of particular importance is the body’s lipoprotein content – as carotenoids are transported across the blood-brain and blood-eye barriers by lipoproteins. HDL is its most effective transporter, and LDL is the least effective.

This said, mixed supplements also dramatically increase levels of these carotenoids and appear to be readily absorbed.

Absorption of these nutrients is the critical issue. It is these carotenoids’ hydroxyl functional groups that are able to cross the blood-brain and blood-eye barriers. Other carotenoids, such as beta-carotene or lycopene, cannot cross these barriers.