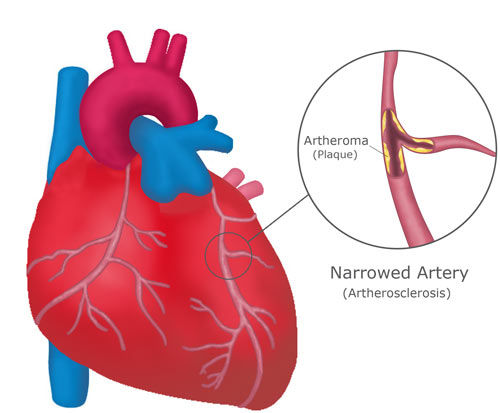 (BeWellBuzz) Heart disease, an umbrella term for numerous heart conditions that seriously hamper the life of the affected patient, is a global epidemic. As per the World Health Organization (WHO) June 2011 statistics for the 10 most common causes of death worldwide, ischaemic heart disease tops the list, accounting for 12.8% of deaths or 7.25 million lives worldwide.

Certain measures like avoiding processed and refined foods, increasing the intake of Omega 3 fatty acids, flavonoids, and Vitamin D, exercising regularly, avoiding stress, etc. all go a long way in keeping heart attacks at bay, but what many people don’t know is that other ‘unconventional’ techniques can also go a long way in ensuring optimum heart health.

So, what are these’ ‘unconventional’ techniques, and just how effective are they against the onset of a heart attack? Let’s have a look:

Low oxygen levels in the heart is one of the prime causes of angina associated pain. Hyperventilation and erratic breathing contribute to most heart problems, which is often why cardiovascular disease as a whole is often referred to as the ‘disease of the heavy breather’.

Most individuals who suffer from heart conditions tend to breathe very heavily while resting and must breathe more slowly in order to maintain a stable, normal breathing pattern in the long run. This helps alleviate some of the symptoms of cardiovascular disease and even curbs the need for medications on a regular basis.

As opposed to popular belief, deep breathing reduces oxygenation in those who are susceptible to heavy breathing, particularly in instances of strokes, heart attacks, seizures, et al. In such a scenario, the breathing is exaggerated, with forceful exhalations instead of calm, normal exhalations. The inhalations, on the other hand, originate in the chest instead of the diaphragm and are large.

Therefore, a shallower and slower breathing technique called the Buteyko breathing exercise is often recommended for most heart patients. In this technique:

The National Institute of Mental Health conducted a study earlier this year on the effects of meditation and found that continuously chanting or repeating a mantra can reduce cholesterol levels, prevent plaque formation in the arteries, and control high blood pressure – all of which have the potential to stop a heart attack.

The results of the study revealed that participants who were made to meditate for an average of 20 minutes a day were 47% less likely to suffer from a fatal stroke or heart attack than those who relied on heart medications, but did not meditate.

The reason meditation is so effective in preventing a heart attack is because it is perhaps one of the most popular stress busters, and stress is considered to be one of the prime causes of heart disease. Apart from heart ailments, meditation also has the potential to curb atherosclerosis, psychological distress, insulin resistance, and hypertension, to name a few.

Yoga is an ancient wellness technique that is well-renowned for its myriad health benefits. It can control blood pressure and cholesterol levels in those who suffer from coronary heart disease and boost muscle mass and stamina. There are numerous asanas or positions that are conducive to both heart health and strength building purposes and increase your chances of surviving a heart attack.

Add to that, yoga is also a highly effective stress buster and contributes to an overall sense of well-being, which in itself offsets the effects any negative thoughts and feelings or anxiety have on the heart.

Widely considered to be a good resuscitation technique, the notion of Cough CPR became all the rage in 1999, when an email forward claimed that coughing forcibly and deep breathing every 2 seconds just before the onset of a heart attack could help the patient remain conscious till emergency medical aid arrived.

Exaggerated coughing, however, turned out to be a hoax after it was discovered that it nothing but a watered down, ‘modified’ version of the well-known Vagal Maneuver, a technique where an individual bends down as if to forcefully pass gas in order to trigger the vagus nerve. This maneuver is helpful in cases where a heart patient is experiencing erratic or rapid heart rate since it brings the heart rhythm back to normal.

Apart from the above, most heart patients are also advised to try and avoid sleeping on their backs, since this position has been known to cause abnormal breathing which leads to deoxygenation and extra pressure on the heart.

Consult your naturopath or healthcare practitioner to know more about some of the fool proof ways in which you can prevent or stop a heart attack.