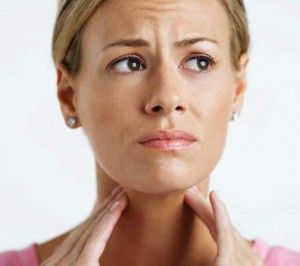 (BeWellBuzz) Nearly 27 million people in the United States suffer from some type of thyroid disorder. Women are five times more likely to develop a thyroid condition as compared to males. In a 2011 study by Quest Diagnostics, over 15% of the pregnant women tested positive for hypothyroidism.  The study also revealed that:

Some of America’s most famous women like Oprah Winfrey (the award winning talk show host); Tipper Gore (the wife of former vice president Al Gore) and Kim Cattrall (the leading co-actress in the Sex and the City HBO Romantic series) have been diagnosed with thyroid diseases.

The thyroid gland is also influenced by smoking, diet and pregnancy. If not taken seriously, thyroid diseases can cause a lot of problems including weight gain, depression, hormonal imbalance, low metabolism, etc.

Hypothyroidism: Hypothyroidism is the most common type of thyroid disorder. In this case, the thyroid comes to a condition when it doesn’t make enough thyroid hormone which is essential for proper development, growth and metabolism.

The Reason for Hypothyroidism

Lack of iodine in a person’s diet could lead to thyroid problems. Iodine deficiency is of serious concern for all age groups of women especially for pregnant or breastfeeding women. The major source of iodine is salt. There has been a deficiency of iodine in the American diet since the 1970s when the salt they eat has been reduced of iodine. Cow’s milk and bread are also potential sources of iodine but the federal legislation has limited amount of iodine in cattle feed resulting in les iodine in cow’s milk.

The American Thyroid Association has stressed that all pregnant or breastfeeding women take supplements containing 150 mcg iodine daily to reduce the risk of brain damage in the baby.

Pregnant women may also develop the symptoms of hypothyroidism after giving birth. Mild effects may be ignored, but major changes should not be taken as post pregnancy effects, they should rather be reviewed by a doctor. Sometimes these symptoms are also taken as part of aging. Low thyroid as mentioned above can lead to less IQ in children hence it should be tested and diagnosed. However, testing hypothyroidism is considered problematic because of 3 reasons:

It’s particularly difficult to spot thyroid symptoms because they are quite vague. Fatigue and weight gain may be termed as normal lifestyle issues. What you can do is get a TSH test done, it measures the level of thyroid hormone produced in the body.

Postpartum Thyroiditis or Hyperthyroidism: Some women also develop postpartum thyroiditis after giving birth because of this deficiency of iodine. Thyroiditis is a medical thyroid condition which results in inflammation of the thyroid which means that the thyroid may produce more thyroid hormone than necessary for the body. The symptoms of this condition may vary, it causes some to gain weight while causes others to lose weight.

Hyperthyroidism can be treated with medications, radioactive iodine or surgery depending upon the severity of the condition. PTU (propylthiouracil) and methimazole are two drugs used to treat hyperthyroidism. Methimazole has been considered more reliable by the FDA while PTU is advised to be used as a last resort.

Thyroid Cancer: More alarming than any of the above facts mentioned are the rising figures of thyroid cancer. There were 1630 thyroid cancer deaths in 2008. This may be caused by radiation exposure or diet. But luckily, it is treatable.

Here are some tips which women can apply to keep their thyroid healthy:

In a nutshell, the thyroid gland controls the entire metabolism of your body and should be taken seriously. Women should be especially aware if something doesn’t feel right about their neck or if your health seems sluggish or there are imbalances in your weight.