Tired of wasting time and money on overly-hyped weight loss supplements and pills? This post from BioTrust reveals which ones don’t work and what you can use instead.

In other words, you’ve been down this weight-loss path before. Mostly likely, you’ve tried at least a handful of too-good-to-be-true, hyped-up “fat-burning” supplements on your journey down weight-loss lane. How did that work for you? Yeah, that’s what I thought.

Before we delve in, let me be abundantly clear: Even the most effective, science-backed weight-loss supplements are not a substitute for good nutrition habits, regular physical activity, and the other “big rocks” of weight management. That said, a quality, research-supported supplement can complement these pillars and accelerate weight loss by: 1. Boosting metabolism, 2. Reducing appetite, and/or 3. Affecting fat/carbohydrate metabolism (e.g., reduce calorie absorption). 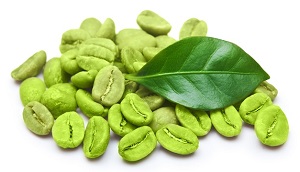 The Hype: Green coffee extract (GCE) is derived from green unroasted coffee beans. It’s been purported to “speed up metabolism” and increase energy and fat burning at a “tremendous rate.”

The Evidence: Considering the hype, there’s a surprising scarcity of data to support GCE. One noteworthy study, published in the journal Diabetes, Metabolic Syndrome, and Obesity, reported that participants lost a remarkable 10% of their body weight using GCE. As impressive as those results may sound, there were many problems with the study. Most telling is the fact that the researchers RETRACTED the article because they “could not ensure the validity of the data.”3–6

The Low-Down: A domino effect included a senate subcommittee hearing on Consumer Protection, Product Safety and Insurance on June 17, 2014, regarding the promotion of GCE supplements. Unfortunately, many were duped by this study. I don’t want the same to be true for you. Overall, there’s insufficient (even false) data to support GCE for weight loss.

A better idea would be to drink coffee, which contains CA, seems to facilitate weight loss, and is inversely associated with weight gain. Because CA is destroyed during the roasting process, if you’re looking to maximize your intake, choose a lighter roast. 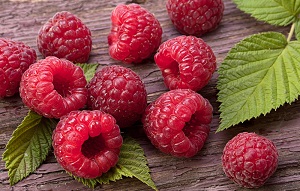 The Hype: Raspberry ketone is derived from red raspberry and used by the food industry for flavoring. Another “As Seen on TV” weight-loss pill, it’s touted to suppress hunger and boost energy levels while burning fat.

The Evidence: There isn’t any. Despite lofty marketing claims, there is NO clinical evidence to support the use of raspberry ketone as a weight-loss supplement in humans. To date, the lone human clinical trial showing beneficial effects involved a multi-ingredient supplement that also included caffeine and capsaicin, which may be effective weight-loss ingredients.

The Low-Down: This is a no-brainer considering there’s no human evidence to support it. If that’s not enough, there is also concern over the toxicity associated with the very high recommended amounts of raspberry ketone.6–8

[NOTE: Raspberry ketone should not be confused with ketone bodies, which are produced by the liver during periods of fasting, carbohydrate restriction (e.g., ketogenic diet), and prolonged vigorous exercise.] 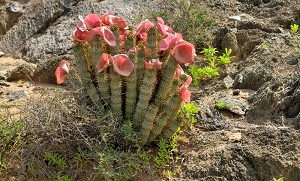 The Hype: Hoodia gordonii is a small plant, native to South Africa, Botswana, and Namibia. Hoodia has been marketed heavily as “the very best all-natural appetite suppressant.”

The Hope: Hoodia contains a metabolite called P57 shown in rodent and in vitro studies to decrease food intake and increase production of cholecystokinin (CCK). CCK being a hormone secreted in the digestive tract that reduces food intake.

The Evidence: Unfortunately, it’s not all sunshine and rainbows when it comes to Hoodia. The reality is that oral supplementation leads to extensive breakdown of P57 in the digestive tract, preventing the purported active metabolite from working its supposed magic. In the lone clinical trial evaluating the effects of Hoodia on appetite and weight loss, researchers from the Netherlands found that supplementation for 15 days had no effect on body weight, body fat, or calorie intake.

The Low-Down: The evidence in humans is, once again, non-existent. At best, Hoodiawould need to be consumed in very high quantities to achieve any meaningful effect. This poses yet another problem: there have been serious toxic and adverse effects reported with consumption of high amounts of Hoodia. And if all that wasn’t enough, there is a very high likelihood that most commercial Hoodia is adulterated.6,9–11 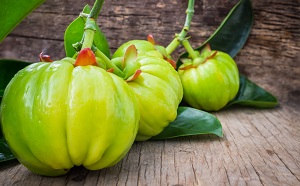 The Hype: Garcinia cambogia, which is also known as brindle berry (reminiscent of a small pumpkin), is native to Southeast Asia. It is traditionally used as a flavoring compound in fish curries due to its sharp sour taste. G. cambogia is touted to accelerate fat burning, block fat production, and curb appetite.

The Hope: The purported bioactive compound in G. cambogia is called hydroxycitric acid (HCA), which has been shown to reduce the body’s ability to create fat (de novo lipogenesis) and raise levels of serotonin, which helps regulate satiety and may reduce food intake.12

The Evidence: Results from randomized controlled trials have been inconsistent. In a study published in the Journal of the American Medicine Association, researchers found that 12 weeks of supplementation with G. cambogia combined with a reduced-calorie diet failed to result in significantly greater weight loss than placebo.13 Several other studies have corroborated these unimpressive findings.14

The Low-Down: The conflicting findings may be explained by the different forms of G. cambogia used in studies. Unfortunately, most supplements contain cheap, ineffective forms instead of the patented research-backed form. In a systematic review and meta-analysis published in the Journal of Obesity, researchers found that supplementation with HCA resulted in a very modest 2 more pounds of weight loss compared to placebo over 12 weeks.6,12,16,17 Taken together, the results are less than jaw-dropping.

Now that you know what doesn’t work, let’s talk about some solid, science-backed weight loss supplements that actually do work. 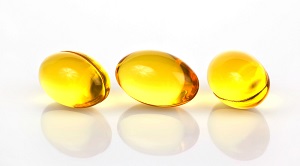 Few ingredients have undergone the level of scientific scrutiny that conjugated linoleic acid (CLA) has. The safety and effectiveness of CLA, which is found in small quantities in meat and dairy, has been demonstrated in over a dozen randomized, controlled trials. The body of evidence suggests that supplementation can significantly improve body composition.

Two separate systemic reviews (with meta-analysis) demonstrated that supplementation with CLA led to significantly greater fat loss than placebo. With one study showing that 12 weeks of supplementation resulted in a 10% greater reduction in body fat compared to placebo.21–23 In addition, a meta-analysis published in the journal Applied Physiology, Nutrition, and Metabolism found that supplementation with CLA also results in a significant increase in fat-free mass (FFM) compared to placebo.24

Why is this important? For starters, building FFM (while losing fat) is key to achieving a lean, toned appearance. What’s more, FFM is one of the most metabolically active tissues in the body. So increasing FFM means an increased metabolic rate. On the other hand, a loss of FFM—from dieting or being sedentary—is a major risk factor for weight regain, not only because of the impact on metabolic rate, but also because the body compensates by driving overeating—a phenomenon referred to as “collateral fattening.”25,26 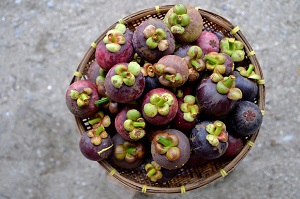 The patented combination of S. indicus and G. mangostana has been shown in three separate randomized, controlled trials to be substantially more effective than diet and exercise alone, leading to significant weight loss and heart health support. In a study published in the journal Obesity, obese participants supplementing with 400mg of the combo twice daily for 8 weeks (along with a 2,000-calorie diet and regular physical activity) lost 6.2% of their initial body weight. That’s over 3 ½ times more weight loss than the placebo group (diet and exercise alone).18 A second, more robust 8-week study solidified these findings.19

In a third clinical trial, overweight participants supplementing with 400mg of the herbal blend twice daily (combined with a 2,000-calorie diet and regular physical activity) for 16 weeks dropped over 4 ½ times more weight than the placebo group (diet and exercise alone).20 In addition to supporting weight management, all three studies demonstrated that supplementation with the herbal blend supports healthy levels of blood cholesterol and triglycerides, suggesting cardiovascular health support.

[NOTE: Please don’t confuse G. mangostana with the G. cambogia. While both hail from the Garcinia genus, they are distinct species with unique bioactive compounds: HCA and α-mangostin, respectively.]

The fact is there are far more overly hyped, ineffective weight loss supplements than evidence-based slimming pills that work. Hopefully this has served as a useful guide to help you navigate your way down weight-loss lane. Remember, even the most effective, science-backed supplement is only intended to make a solid weight-loss program more efficient.