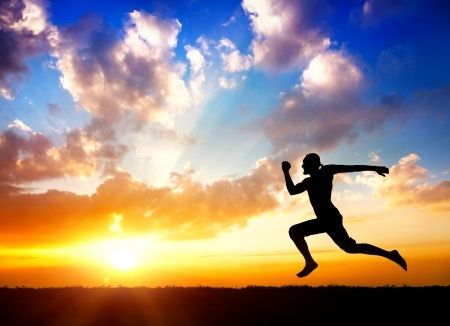 You’re gonna LOVE this treat I have for you today — especially if you want more energy and have an extra 5 – 15 pounds you want to disappear!

There’s been a recent frenzy over a combo of coffee and MCT oil that cranks up your metabolism.

There’s just one BIG problem…it gives you an upset stomach, and worse, diarrhea!

That’s because most haven’t UPGRADED their metabolism to handle the MCT super-fuel.

Fortunately, there’s an alternative that’s even BETTER, but WITHOUT those problems.

Drink this each morning and you’ll be FULL until lunch, with a revved up metabolism, brimming with energy and a sharp, focused mind.

It takes only 60 seconds to make — just heat up a cup of water, blend in these ingredients and enjoy…

Ever wonder why the Japanese live so long and are so slender?

It’s green tea, but NOT the normal kind — it’s a super-potent form called Matcha, found ONLY in Japan, that’s got 3x the antioxidant power.

Importantly, it’s got 137 times MORE of the antioxidant EGCG, which improves virtually EVERY part of your metabolism — accelerating body fat breakdown, preventing fat accumulation and speeding up metabolism itself.

Ingredient #2: The World’s Most Powerful Antioxidant…

This metabolic rock star is what gives chocolate its melt-in-your mouth, satisfying quality.

Infused with relaxing minerals like magnesium and potassium, cacao butter ALSO has the antioxidants epicatechin and resveratrol that cools the inflammation that makes you fat, especially around your belly.

And it’s loaded with super-healthy fats like oleic acid (same as in olive oil), that keep your appetite DOWN and your energy UP and saturated fats like palmitic acid that strengthen your brain and heart.

SHOCKER: the cacao bean contains THE highest antioxidant power of any food in the world – 10x more than blueberries and 20x more than spinach.

Want to add a little Christmas deliciousness to your morning metabolic boost?

It also lowers “bad” cholesterol (LDL) while having no effect on good (HDL) cholesterol.

This scrumptious ingredient has over 200 organic components that create an irresistible flavor and delicious aroma.

Used by the Aztecs who added this to their favorite chocolate drink, vanilla extract contains powerful aromatic compounds that stimulate certain brain chemicals that can soothe the mind.

Who DOESN’T need a calm, powerful mind to start their day?

While this will give you a nice metabolic kick-start, if you eat the WRONG foods for lunch and dinner, you’ll absolutely kill your metabolism, energy and focus.

But you can avoid that by eating these 3 odd but delicious foods found on the next page.

==> 3 Odd Foods that Upgrade Your Metabolism

These foods will permanently upgrade your metabolism, ramp up your energy levels, improve mental performance, while steadily fading away those aches and pains.

That’s it — I hope you enjoyed my morning cocktail!

Wait until you see the 3rd food — it’s a total shocker and not something you’d EVER expect… in fact, you’ve probably avoided it like the plague… which is a HUGE mistake…

Click here to get the full story and learn more!

Jonny Bowden, PhD, C.N.S. is a nationally known expert on weight loss and nutrition. He has a Master’s Degree in psychology and counseling and a PhD in nutrition, is board certified by the American College of Nutrition and has earned six national certifications in personal training. He is the author of twelve books including the best-seller “The 150 Healthiest Foods on Earth: The Suprising and Unbiased Truth About What to Eat and Why”, “The Most Effective Natural Cures on Earth: What Treatments Work and Why”, and “Living Low Carb”. A popular speaker, his inspiring advice on weight, health and nutrition has been read by millions on iVillage.com and on America Online, and he has contributed material to over 50 national magazines and newspapers including The New York Times, The Wall Street Journal, Forbes Online, Vanity Fair Online, Time Magazine, Men’s Health, Oxygen, Seventeen, Self, Fitness, Family Circle, Marie Claire, Allure, Men’s Health, Ladies Home Journal, Prevention, In Style, and Shape. He is the owner of Rockwell Nutrition, is a frequent guest on radio and television, and has appeared on CNN, Fox News, MSNBC, ABC-TV, NBC-TV and CBS-TV.