Over the years there has been some debate about how seriously we should take warnings against diet soda. The public has become increasingly doubtful of anything artificial. Yet, despite studies showing ties between artificial sweeteners and health risks such as insulin resistance, obesity, heart disease, cancer and diabetes II, confusion remains.

Debates forged through media serve well to muddy the waters. When it comes to the food industry, we might do best to err to the side of caution. It’s not just a conflict of views at hand, but a conflict of interests.

Consider the high stakes. Multi-billion dollar companies and all of their employees have a lot to lose if there is suddenly a mass exodus from soda drinking. Head CEOs, advertising geniuses and marketing directors are not taught how to watch out for your health. They’re trained to sell you stuff.

On one side you have experts who see negative associations with consuming low-cal or no-cal man-made sweeteners.

On the other side you have advertisers, health advisers and “experts” shrugging their shoulders, like “the Diet Doctor” Mike Roussel, PhD, who wrote in Shape Magazine:

“The stance I take with my clients trying to lose weight: If diet soda is going to be your one vice, that’s fine.”[1]

He doesn’t deny that it’s unhealthy. He actually calls diet soda a “vice.”

It may be that the occasional ingestion of anything unhealthy is not going to destroy you. That, though, isn’t the question.

The question is whether or not diet sodas, which contain “high intensity” aka no-calorie sweeteners, serve the purpose we buy them for.

The whole reason for drinking a diet soda is to circumvent the detrimental effects of drinking sugary soda pop. We want our sugar fix and keep our health, too.

CBSNEWS reported on a study that found significant weight gain in subjects drinking two or more diet sodas per day. For nearly 10 years researchers observed 474 soda pop drinkers between the ages of 65 and 74. They recorded a 70% greater weight gain in pop drinkers than the soda-pop-free crowd. Say what you will about mitigating factors, but it doesn’t appear that the no calorie drinks assisted them in their weight loss goals.[2]

The Diet Doctor himself divulged the results of two major and high publicity studies:

“One such study looked at more [than] 6,500 participants and found that diet soda drinkers were 67 percent more like to have diabetes and 37 percent more likely to have metabolic syndrome (a combo of symptoms that is basically where pre-diabetes meets heart disease). What’s more, data from the Framingham Heart Study, the longest running heart disease study in the US, found a 56-percent increase in metabolic syndrome when people drank one or more diet sodas per day!”

Susan Swithers, Purdue professor of psychological sciences, behavioral neuroscientist and member of Purdue’s Ingestive Behavior Research Center, conducted a review of these and more studies regarding diet sodas. After examining the evidence Swithers believes she has discovered, at least in part, why they’re unable to prevent illness, while actually increasing the likelihood of metabolic syndrome and other disease processes.

Whereas consuming something sweet would naturally also provide glucose as energy, in this case, the sweetness carries no nutritional benefit. The result is a confused metabolism. A confused metabolism means hormones out-of-wack and cellular resistance, which can then tumble into a troubled thyroid, heart disease and cancer.

It’s true that consuming a no-cal sweetener avoids the blood sugar and insulin spike of sugar; however, says Swithers, it interferes with the body’s “learned responses.” The sweetness is meant to bring nutrients, evoking responses such as satiation and reward. In this case, the body receives the sweet signal but continues to require or desire the nutrients typically included. The sweet craving is temporarily satiated, but the body’s cells have been left wanting. 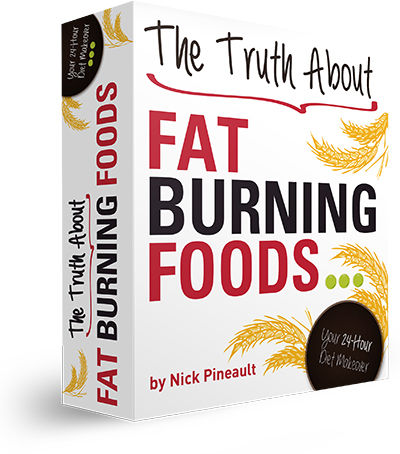 It’s basically a tease. You offer up a package wrapped nicely with a bow, and then the box is empty.

“Recent data from humans and rodent models have provided little support for ASB [artificially sweetened beverages] in promoting weight loss or preventing negative health outcomes such as T2D [Type 2 Diabetes], metabolic syndrome, and cardiovascular events. Instead, a number of studies suggest people who regularly consume ASB are at increased risk compared with those that do not consume ASB…This somewhat counterintuitive result may reﬂect negative consequences of interfering with learned relationships between sweet tastes and typical post-ingestive outcomes…”[3] (emphasis mine)

Among the results of this interference is increased ghrelin hormone, which equals more hunger. People drinking diet soda are more apt to overeat, as well as continue to crave sweets. In that sense, the diet soda is literally fighting your desire to cut down on calories by enlarging appetite and increasing cravings.

If you are avoiding soda pop for this very reason, also pay attention to food labels. Processed, packaged foods often contain a mix of sugar and aspartame or other artificial sweeteners in an attempt to keep the calories down.

Our best bet is probably going to be to wean ourselves off of sweet addictions. It doesn’t take long before the taste buds increase in sensitivity to the sensation of sweetness and get more satisfaction with less of it.

If you do use sweeteners, use them sparingly. Wholesome healthy options include raw organic honey, whole leaf stevia and even the amazingly sweet spice, organic cinnamon (get the organic ONLY, it makes a big difference!).