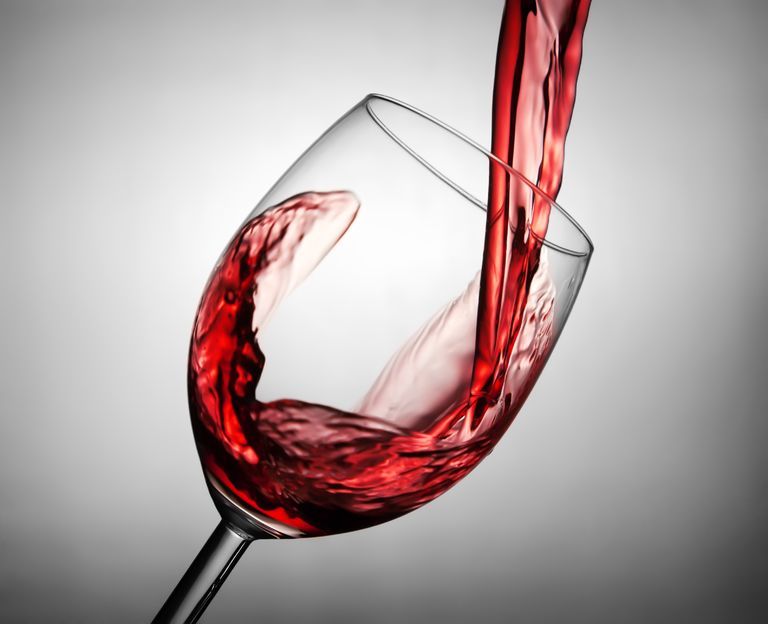 (BeWellBuzz) Since the dawning of the new millennia there’s been much excitement about the health benefits of red wine, and the fact that it’s healthy at all has been cause for a “toast” among wine lovers. Even Jesus showed love for the elixir some 2000 years ago. His first miracle was turning around 150 gallons of water into some very fine wine, which remains a staple of the Mediterranean diet, considered by many to be the healthiest cuisine on the planet.

Researchers have looked at the effects of the drink on heart health, mental function, diabetes, cancer, longevity and even eye/retinol health. They’ve found that all major health conditions could either be improved, treated, or possibly prevented with regular, “moderate” consumption. A 16-year study conducted at Harvard School of Public Health looked at 11,711 men with high blood pressure. Those regularly drinking red wine showed a 30% decreased risk of heart attack than those not. A Columbia University study reported that nondrinkers experienced brain and cognitive decline significantly faster than moderate drinkers. So what’s in a drink? And how is it possible that vino is not only fun, but supremely healthy??

Resveratrol had its day in the limelight. Multiple studies flooded the airwaves as researchers discovered that resveratrol, a natural component of red wine and also a powerful antioxidant, increases insulin sensitivity. Insulin insensitivity is a crucial marker for diabetes, and is also a marker for heart disease, weight gain, obesity, cancer, and on the list goes. An ailing person who can improve their insulin sensitivity is likely to see a major shift in their health. Meredith Hawkins, MD, professor of medicine and director of the Global Diabetes Initiative at Einstein, administered a significant dose of resveratrol to overweight adults with insulin resistance. She reportedly found a 40% increase to insulin sensitivity in muscle and fat cells, a significant improvement to glucose tolerance, but no effect on liver cells’ insulin receptivity. That’s not diabetes prevention, but it is an exciting find and a fabulous start.

Fast forward a little more than half a decade to the findings of Kee-Hong Kim, researcher and assistant professor of food science at Purdue University. While many scientists had by now observed that administering resveratrol appeared to block “adipogenesis,” ie the formation of fat, Kim looked a little closer at the process. In the body resveratrol converts to another substance called piceattanol.

So much about life involves process, and our cellular functioning is no different. Before becoming official mature fat or “adipose” cells, potential lipids loiter for about 10 days as “pre” adipocytes. These preadipocytes are just waiting for insulin to come along and bind to the insulin receptor on their outer surface, propelling them forth into the fat storage process (“adipo-genesis”). But not if piceattanol can help it. Piceattanol has the curious habit of pretending to be insulin and getting away with it! The chemical compound will march right up to the baby wanna-be fat cells and bind to their insulin receptor, thus blocking insulin from interacting with the preadipocyte. As Kim said, “In the presence of piceatannol, you can see delay or complete inhibition of adipogenesis.”

Kim is currently working to improve the stability and bio-availability of a concentrated form of piceatannol so that therapeutic doses can be tested, potentially to stop the formation of excess fat tissue and be used to treat obesity.

RELATED: Break These 6 Bad Habits to Lose Weight for Good

Meanwhile, those who love their vino can celebrate that enjoying a glass (women) or two (men) every day may be part of a balanced, fat-burning, cancer-preventing, heart-healthy diet. Pair it wisely with healthy olive oil and balsamic vinegar drizzled over smooth avocado slices on your leafy green salad, a fresh and fatty fish caught wild from the Atlantic, followed by a rich organic dark chocolate square and perhaps a small taste of an after-dinner café. Lavish slowly, moderate quantities, your senses and your cells will delight.