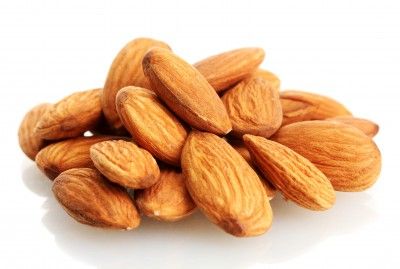 (BeWellBuzz) Looking at the nutrition label on food always seemed like hard science. It’s so exact. So agency approved. It seems so final, so written in black.

And it is. It’s what the food manufacturers report and, for the most part, the label has the final say.

But, is it accurate?

Since the late 19th and early 20th centuries the world has enjoyed a technology to calculate the available energy (calories) in any food substance. There are others, but the one most widely known and used is known as the Atwater system, named after Wilbur Olin Atwater. While the system has yet to find a worthy challenger, its accuracy has long been disputed.

Foods are biological compounds. Just like people and like snowflakes, no two are exactly alike. We know there are considerable variations that manufacturers are unable to take into account when labeling. Some products can contain more or less fat, and more or less water content, as an example, which impacts its true calorie count.

Lots of us recently began subtracting grams of fiber from the carbohydrates in order to assess the digestible carb count, and even this is not an exact science. Most importantly, the final variant is YOUR body. The energy in some foods, such as sugar, are broken down and absorbed by the body completely. Other foods, particularly nuts, contains compounds that cause macronutrients, fats, carbs, proteins; namely, calories, to pass unabsorbed. As it turns out, this factor significantly changes the energy calculation in nuts, and should put-to-bed the perception that nuts are “fattening.”

The Skinny on Almonds

A study supported by the US Department of Agriculture and published in the summer of 2012, discovered a 32% discrepancy between the Atwater and an empirical measurement of the energy in almonds.

The study designated a test group and a control group, both with a normal diet of mixed foods. The diet included french toast and eggs, meats, cheese, salads and pretty “normal” snacks like chips and brownies. The test group ate all the same foods but some were required to add 42g, and others 84g of whole raw almonds each day.

Comparing the feces and urine of both groups, researchers found that those who ate almonds excreted more calories than the control group. This means that eating almonds altered absorption of macronutrients and energy from the diet as a whole. The undigested, excreted dietary fat leapt from 1.7g/day in the control group to 10.8g/day in the group with the most almond consumption. People who incorporated 42g of almonds digested 5% less fat from their overall diet; and those who ate 84g per day, nearly 10% less fat. Unabsorbed calories in the control group averaged at 132.2kcal/day; but the group eating 42g of almonds daily averaged calorie excretion of 217.7kcal/day; and the group consuming 84g/day excreted 282.3kcal/day.

Ultimately, this means that the actual calorie value of almonds is much lower than the Atwater predicted value, making the data found on food labels flawed, especially for nuts. Based on this study, the available energy content in one small 28g serving of whole almonds is 129kcal. Compare that to the Atwater estimation of 168-170kcal for the same amount. That’s a 32% stretch, without even considering that more fat from other foods was also excreted simply because of almonds included in the diet.

Does It Matter Whether Whole, Sliced, Flour, Oil or Butter?

All of this research is showing that there are more factors involved in calculating the energy availability of nuts, as compared to other foods, than we have taken into account. As a result, these potent health-promoting foods have been overshadowed by the misconception that they promote obesity. Newer studies are revealing that this might be far from the truth. Health ‘nuts’ and professionals are realizing that almonds and other nuts may actually assist the body in shedding excess fat, but now we want to know, for maximum results, does it matter if we eat them sliced, diced, in oils or butters?

According to more than a handful of studies, the answer is yes. In 1980, researchers assigned consumption of whole peanuts, peanut butter and peanut oil to test subjects. Those consuming the whole peanuts showed the least absorption of fat and calories of all three.

More recently, a research team studied 63 adults in the USA and Brazil. The study concluded that eating whole peanuts resulted in significantly greater fecal fat and less absorption of calories than consuming peanut butter, oil or flour. Culture differences did not affect the results. In case you really want to target calorie and macronutrient non-absorption, more studies have shown that chewing a little more means absorbing a little more; chewing the nuts less, means absorbing less of their energy. This isn’t surprising, but now it’s scientifically confirmed.

The nut industry should be excited about this, because researchers are now supporting the consumption of nuts as a part of weight loss plans. Researchers are specifically recommending that dieters replace easily digestible foods such as sugars and other simple carbs with dense, delicious whole almonds. One study even reports, “With a weight reduction diet, this deﬁcit [of nutrient absorption caused by almonds] could result in more than a pound of weight loss per month. Nuts and peanuts, being relatively energy dense and high-fat foods, may be expected to contribute to weight gain. However, both epidemiologic studies and intervention studies have suggested otherwise.” No one in test groups actually gained any weight by adding nuts to their diet, and many observed weight loss when almonds replaced simple carbohydrate heavy foods. Almonds are also an excellent source of micronutrients. This is just one more reason to keep almonds in stock in your pantry.

RELATED: Break These 6 Bad Habits to Lose Weight for Good