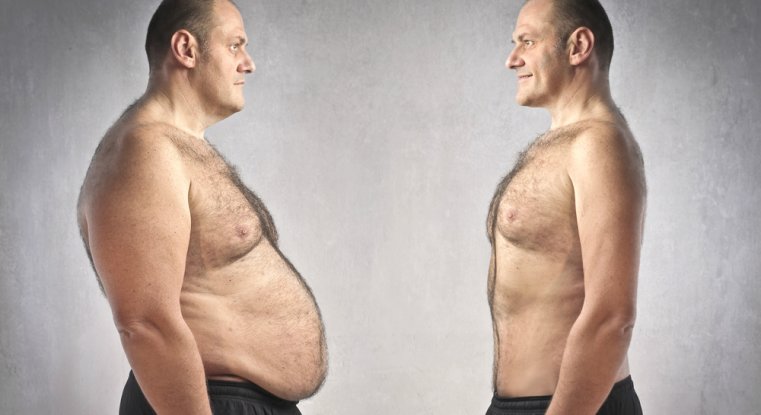 Australian research shows that we lose our “lost” body fat through breathing, but we still need to do the exercise to break down the fat in the first place. This post from Science Alert presents the research that found out where really the body fat goes when somebody loses weight.

Despite society’s obsession with weight loss, a study has revealed that, surprisingly, most health professionals don’t actually know what happens to fat when we “lose it”.

The research conducted by a team at UNSW Science in Sydney calculated exactly what happens to our fat when we shed kilos, and revealed that doctor’s leading theories are wrong – we don’t convert our missing mass into heat or energy, webreathe it out.

Their results, published in the British Medical Journal, reveal that 10 kg of fat turns into 8.4 kg of carbon dioxide, which is exhaled when we breathe, and 1.6 kg of water, which we then excrete through our urine, tears, sweat and other bodily fluids.

“The correct answer is that most of the mass is breathed out as carbon dioxide. It goes into thin air,” said lead author of the paper Ruben Meerman, a physicist and TV presenter, in a press release.

Meerman first became interested in the biochemistry of weight loss when he dropped 15 kg – but when he asked doctors where this weight went, he was surprised by the fact no one could tell him.

After surveying 150 doctors, dieticians and personal trainers, he discovered that more than half thought that fat was converted into heat or energy as we break it down.

But, as a physicist, Meerman knew that this would violate the Law of Conservation of Mass.

To figure out the answer once and for all, Meerman partnered with Andrew Brown, head of the UNSW School of Biotechnology and Biomolecular Sciences, and the team started calculating the biomolecular reactions that result in weight loss.

We put on weight when excess carbohydrates and proteins that we’ve eaten are converted into triglycerides (compounds made up of carbon, hydrogen and oxygen) and are then stored in lipid droplets inside fat cells. To lose weight, you need to break down those triglycerides to access their carbon.

The results showed that in order to completely breakdown 10kg of human fat, we need to inhale 29 kg of oxygen (and somewhere along the way, burn 94,000 calories). This reaction produces 28 kg of CO2 and 11 kg of water.

“Our calculations show that the lungs are the primary excretory organ for fat,” the team writes in the paper.

However, they couldn’t work out exactly what was happening to the fat cells in this reaction. After months of research, Brown discovered a formula from a paper published in 1949 that solved the problem – it showed that oxygen atoms are shared between the carbon and hydrogen in fat at a ratio of 2:1 (forming carbon dioxide and water)

This allowed them to come up with the final figure of 84 percent of a fat molecule’s atoms being exhaled as carbon dioxide, and the remaining 16 percent ending up as water.

But unfortunately this doesn’t mean that simply breathing deeply will help us lose weight – we still need to do the exercise to unlock the carbon and break down the fat in the first place.

“You can only breathe so many times a day; on a day of rest, you breathe around 12 times a minute so 17,280 times you’ll breathe in a day and each one takes 10 milligrams of carbon with it, roughly,” Meerman told ABC Science. “So there’s your limit on how much you’re going to lose in a day with no exercise.”

But will all this fat we’re breathing out will contribute to climate change? The short answer is no.

“This reveals troubling misconceptions about global warming which is caused by unlocking the ancient carbon atoms trapped underground in fossilised organisms. The carbon atoms human beings exhale are returning to the atmosphere after just a few months or years trapped in food that was made by a plant,” said Meerman in the release.

The funny thing about all of this is that, although most health professionals don’t know what happens to fat when we lose weight, most Veritasium viewers probably do. In fact, as this mind-blowing video below explains, not only do we lose our “lost” fat through breathing, if we were in a closed system, we would actuallybecome trees.

Source: This is where body fat ends up when you lose weight – ScienceAlert