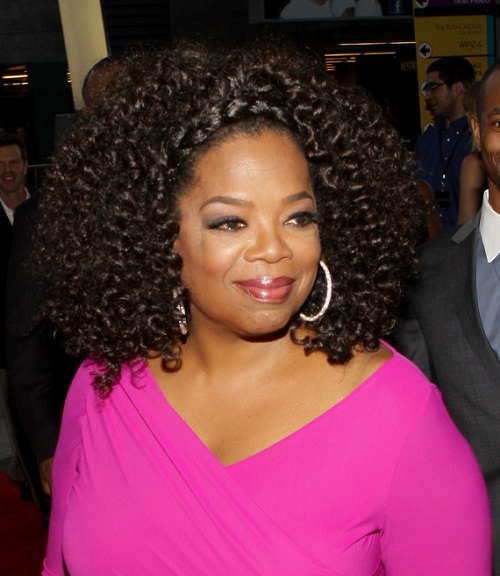 Failing is never a problem. Problem arises when people give up too quickly, because that means they are never able to achieve all that they are capable of.

We’ve put together a list of fifteen indisputably famous people who did not give up in the face of repeated failures and eventually found success, fame, and fortune.

1. Albert Einstein didn’t speak until he was four years old.

Einstein didn’t have the best childhood. In fact, many people thought he was just a dud. He never spoke for the first three years of his life, and throughout elementary school, many of his teachers thought he was lazy and wouldn’t make anything of himself. As a child, he had some difficulty communicating and learning in a traditional manner. He always received good marks, but his head was in the clouds, conjuring up abstract questions people couldn’t understand.

Of course, Einstein’s communication and behavioral problems were not indicative of a lack of intelligence. He went on to win the Nobel prize in physics for the discovery of the photoelectric effect, and his special theory of relativity theory corrected the deficiencies of Newtonian physics.

Ang Lee failed Taiwan’s college entrance exams — twice. Then he tried to go to acting school, but his English wasn’t good enough. “I was always in shame that I could not focus on books,” Lee told ABC News. “And I failed the college examinations. My father was my high school principle…That was bad.” In theater school, he fell in love with the stage, but his English wasn’t good enough. 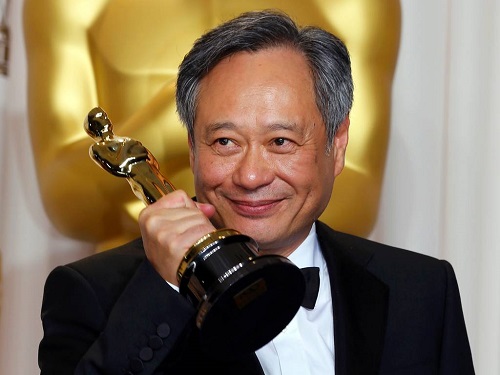 Now, he’s an a three-time Academy Award-winning director, and the man behind mega hits like “Crouching Tiger Hidden Dragon,” “Life of Pi,” and “Brokeback Mountain.”

3. Colonel Harland David Sanders was fired from dozens of jobs before founding a fried chicken empire. 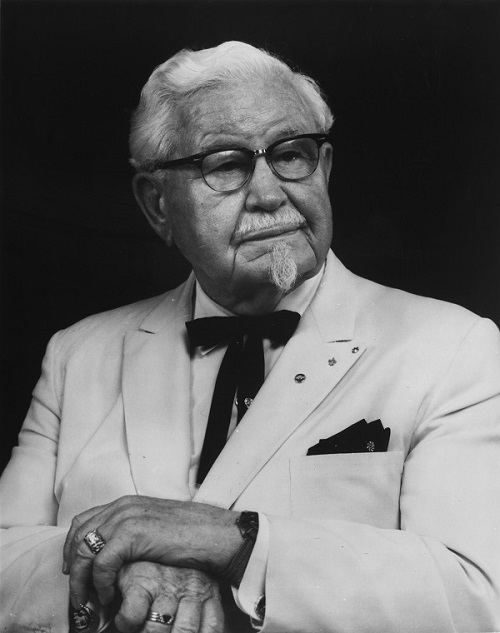 He traveled across the U.S. looking for someone to sell his fried chicken, and after finally getting a business deal in Utah, Kentucky Fried Chicken was born. KFC is now one of the most recognizable franchises in the world, with over 18,000 locations.

After Harrison Ford’s first small movie role, an executive took him into his office and told him he’d never succeed in the movie business. 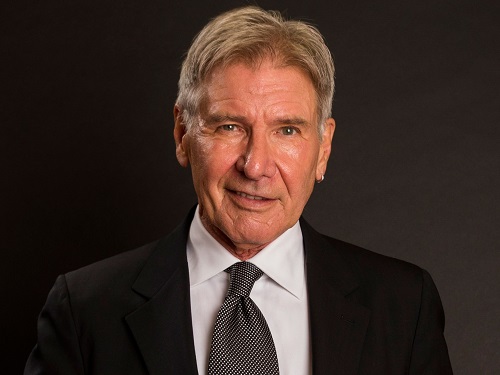 Ford’s career went on to span six decades, and has included timeless starring roles in blockbuster films like the “Star Wars” and “Indiana Jones” series.

5. Jay-Z couldn’t get signed to any record labels.

He came from a rough Brooklyn neighborhood and had big dreams to make it big as a rapper. Unfortunately, the rest of the world didn’t agree with him at first. Not one record label would sign him. Yet that didn’t stop him from creating his own music powerhouse. He worked to perfect his flow, his lyrics, and his references. When he couldn’t get a single bite on his first CD, he and his friends sold the record “out of the boot of their car next to Gray’s Papaya.”

His label would eventually turn into the insanely lucrative Roc-A-Fella Records. Here’s proof Jay-Z is on top: Forbes has estimated his net worth at $500 million, and TIME ranked him at one of their 2013 Most Influential People In The World. And he’s married to Beyoncé.

6. Oprah Winfrey was publicly fired from her first television job.

She is one of the most successful and richest people in the world today, but Winfrey didn’t always have it so easy. She grew up in Milwaukee, Wis. and was repeatedly molested by her cousin, uncle and a family friend. She eventually ran away from home, and at age 14 gave birth to a baby boy who shortly died after. She was publicly fired from her first television job as an anchor in Baltimore for getting “too emotionally invested in her stories.”

But Winfrey’s tragic past didn’t stop her from becoming the force she is today. She excelled as an honors student in high school, and won an oratory contest which secured her a full scholarship to college. Now the entrepreneur and personality has become the undisputed queen of television talk shows, has the admiration of millions, and a net worth of $2.9 billion.

7. R.H. Macy had a series of failed retail ventures throughout his early career. 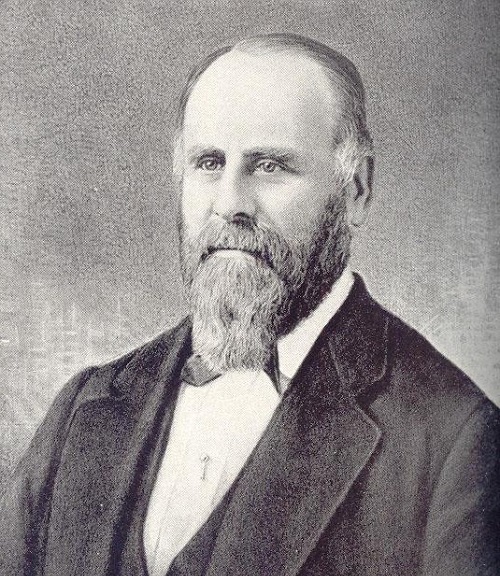 At the age of 36, Macy launched R.H. Macy & Co., which grew to become Macy’s, one of the largest department store chains in the world.

Branson was a pretty bad student — he didn’t get good marks and he did poorly on standardized tests.

Instead of giving up, he used the power of his personality to drive him to success. Today, Branson, known for developing Virgin Records and many of its more technologically advanced spinoffs, is the fourth richest person in the UK.

9. Sidney Poitier was told to go get a job as a dishwasher.

When Sidney Poitier first auditioned for the American Negro Theatre, he flubbed his lines and spoke in a heavy Caribbean accent, which made the director angrily tell him to stop wasting his time and go get a job as a dishwasher. 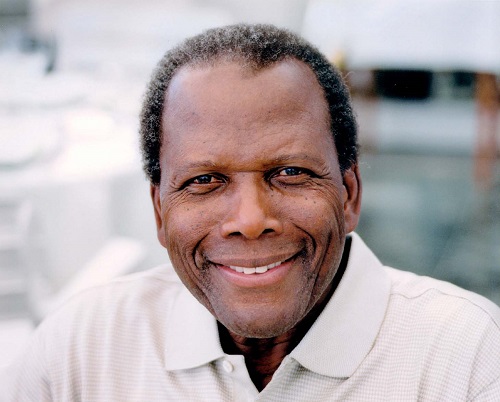 Poitier worked on his craft and eventually became a hugely successful Hollywood star. He won an Academy Award for Best Actor (“Lillies of the Field,” 1963) and helped break down the color barrier in the American film industry.

If it weren’t for King’s wife, “Carrie” may not have ever existed. After being consistently rejected by publishing houses, King gave up and threw his first book in the trash.

His wife, Tabitha, retrieved the manuscript and urged King to finish it. Now, King’s books have sold over 350 million copies and have been made into countless major motion pictures.

You read that right. Steven Spielberg was rejected by the University of Southern California School of Cinematic Arts multiple times.

He went on to create the first summer blockbuster with “Jaws” in 1975, has won three Academy Awards, 4 Emmys, 7 Daytime Emmys, and his 27 movies have grossed more than $9 billion. One of the most prolific filmmakers of all time, the man who brought us “Shindler’s List,” “Jaws,” “E.T.” and “Jurassic Park” couldn’t get into the film school of his choice. Maybe, just sometimes, education can be a little overrated. In the end, Spielberg would get the last laugh, when USC awarded him an honorary degree in 1994. Two years later, he became a trustee of the university. 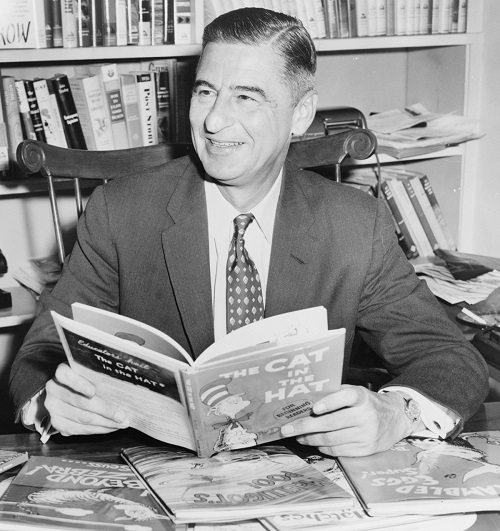 Dr. Seuss went on to become a storyteller in the grandest sense of the word, a legendary children’s author known around the world for classics like “The Cat in the Hat” and “Green Eggs and Ham.” His books have sold over 600 million copies.

Thomas Edison’s teachers told him he was “too stupid to learn anything.” After that, things stayed bleak for a while, as Edison went onto be fired from his first two jobs, for not being suitably productive.

Although the exact number of tries has been debated, ranging from 1,000 to 10,000 attempts, it’s safe to say Edison tried and failed a whole lot before he successfully created his beacon of light. His response to his repeated failures? “I have not failed. I’ve just found 10,000 ways that won’t work.” Edison went on to hold more than 1,000 patents and invented some world-changing devices, like the phonograph, practical electrical lamp, and a movie camera.

14. Vincent Van Gogh only sold one painting in his lifetime.

Van Gogh is considered one of the greatest artists of all time, yet the poor guy only sold one painting the entire time he was alive, and the sale was just months before his death: “The Red Vineyard at Arles (The Vigne Rouge),” which is now in the Pushkin Museum of Fine Arts in Moscow. Even though he made no money, he still painted over 900 works of art.

Though his persistence went unnoticed when he was alive, Van Gogh proves you don’t need external validation to be proud of the work you create. If he had given up his artistic career after it proved to strain his financial and emotional well-being, the art world would be missing hundreds of paintings from a true master.

15. Walt Disney was fired because he “lacked imagination and had no good ideas.”

Walt Disney was fired from the Kansas City Star because his editor felt he “lacked imagination and had no good ideas.” 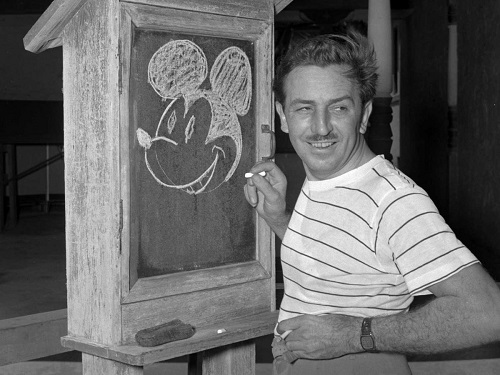 Several more of his businesses failed before the premiere of his movie ‘Snow White.’ He went onto become the guy who redefined American childhood.

15 Wildly Successful People Who Overcame Huge Obstacles To Get There