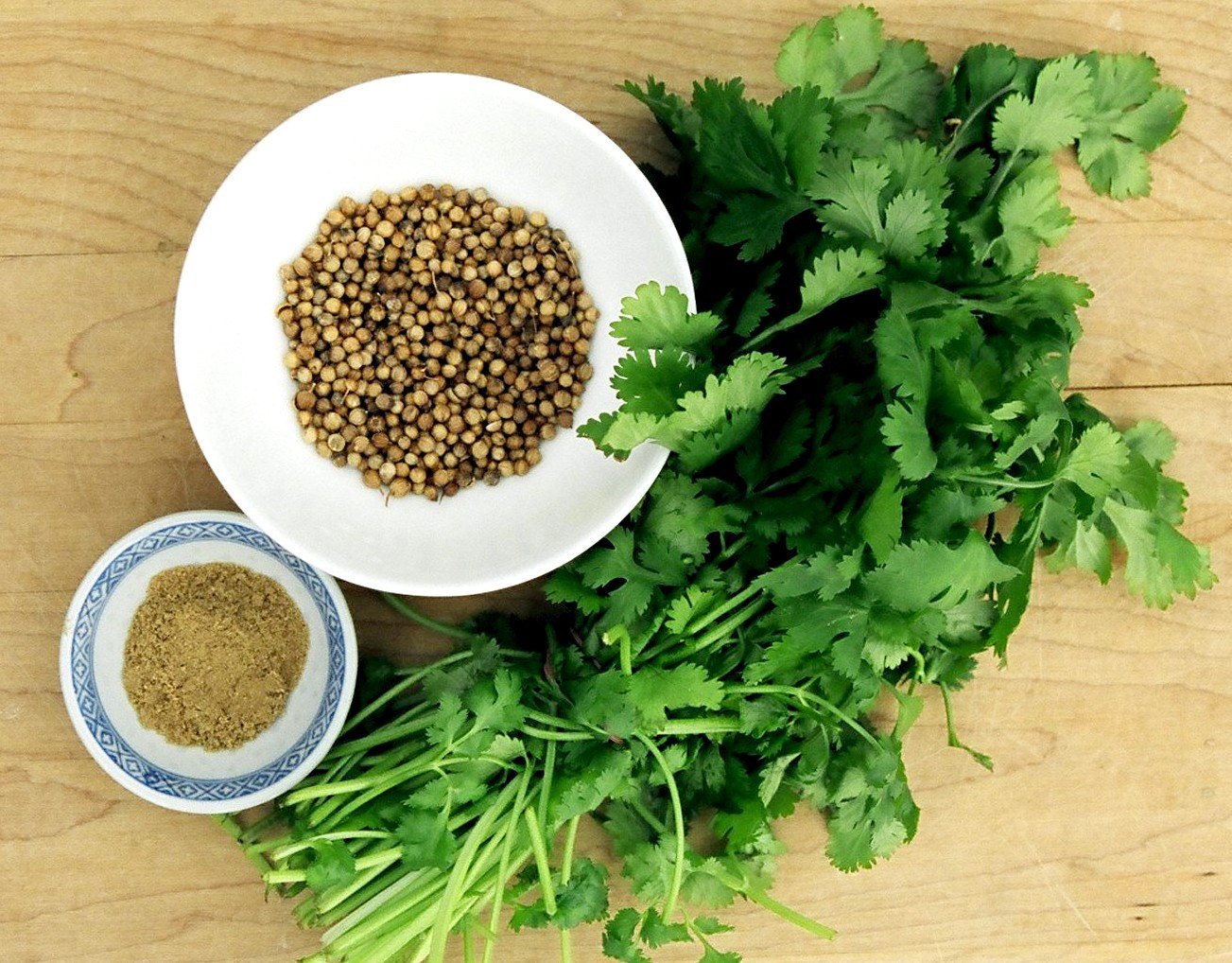 Coriander has powerful medicinal properties and multiple health benefits across all its forms: fresh herb, dried seeds and oil. Explore more at BeWellBuzz!

Believed by The Chinese to bestow IMMORTALITY – Coriander, or “Coriandrumsativum”, is a powerful herb with many health benefits… earning it the name = “The Wonder Herb”. Coriander has been traced back to 5,000 BC. – with a long history across the Mediterranean, Middle East, and Asia for thousands of years… playing a major part in ancient medicine. Known to cure “small pox”, and with medicinal proprieties documented in Sanskrit and Greek writings, Coriander seeds have an impressive health-supporting reputation matched by very few, even today…

Hippocrates, the famous ancient Greek healer who became known as the ‘father of medicine’ – was said to have used and recommended Coriander devoutly. Very popular for its anti-inflammatory proprieties, and is typically known for its aid in remedying a long list of ailments including… smallpox, diarrhea, mouth ulcers, anemia, indigestion, menstrual disorders, conjunctivitis, skin disorders, blood sugar disorders, eye problems, osteoporosis, arthritis, rheumatism, headaches, muscle pain and general stiffness… it has recently shown to have more prominent implications. 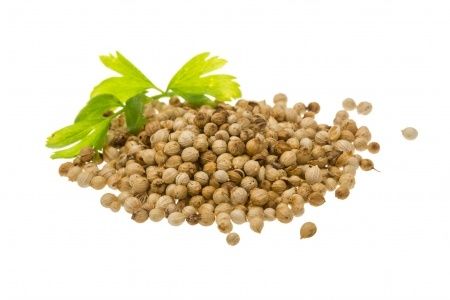 As a “gateway to health”, to start, Coriander has potent liver supporting properties and is an excellent source of phytonutrients and flavonoids. Coriander is also a phenomenal source of minerals like potassium, calcium, manganese, iron, and magnesium. And vitamins – folic acid, riboflavin, niacin, vitamin A, vitamin K, beta-carotene, and a generous dose of vitamin C — all essential for optimal health.

Vitamin D, no doubt should be a VITAL part of your daily regiment. However, relying on it alone to do its job can be a BIG MISTAKE, and here’s WHY:

**A high-Omega 3 source can always be additionally supplemented with our FLAX SEED OIL, or our 5-SEED BLEND – which contains about quarter proportions of Flax, Coriander, and also highest in antioxidants – BLACK SESAME.

Like a Guard Dog – Coriander Oil Protects From Toxic Intruders…

IMMUNE BOOSTING – The presence of antioxidants, rich phytonutrients, minerals, and vitamins in Coriander –  all work synergistically to boost the body’s overall immunity.

DIABETES – In 2009, type 2 diabetes affected 285 million worldwide. Today, in 2014 it affects 365 million worldwide! Due the stimulating effect of Coriander Oil on the endocrine glands, the secretion of insulin is increased from the pancreas, increasing the insulin levels in the blood. This regulates the proper assimilation and absorption of sugar and results in healthier blood sugar levels.

CHRONIC DISEASE – Metals are the #1 known contributor to Chronic Diseases – such as Chrons disease, Fibromyalgia, Multiple Sclerosis, and Alzheimer’s. Coriander has shown to be a potent mobilizer of mercury, cadmium, lead and aluminum from the bones and central nervous system.

It is also the ONLY known substance known to get “inside entry” to the cell – dislodging toxic metals attached to cell organelles, from within the nucleus of the cell – and actually reversing the DNA damage caused!**Best taken 30-min prior to eating food containing fiber, or clean source of Chlorella.

DIGESTIVE HEALTH – Due to its ability to “clean up” heavy metals, and because of it’s “powerful anti fungal” properties – killing back Candida Albican overgrowth and accompanying digestive invaders, along with it’s natural ability to influence acid production & enzyme secretion in the stomach – Coriander Oil makes for a “golden gut”.

MENTAL STABILITY & EMOTIONAL DISORDERS – The essential oil in coriander is believed to stimulate creativity, optimism and imagination. Studies have even shown that high-doses of Coriander cause mild euphoria – assigning it the nickname – ‘dizzy corn’.

Coriander has also been used to treat insomnia and anxiety & panic attacks because of its sedative effects, along with depression and other psychological and emotional disorders. Coriander Oil has also shown to promote good memory, and may help reduce Alzheimer’s.

HEART DISEASE – Coriander Oil consumption has been shown to reduce blood pressure in patients suffering from hypertension. The interaction of Calcium ions and cholinergic, a neurotransmitter in the peripheral and central nervous system, more commonly know as acetylcholine. The interaction of two elements, Calcium ions and acetylcholine, relaxes blood vessel tension, thus reduces the number of cardiovascular conditions, including heart attacks and strokes.

CANCER – Coriander contains coriandrol, a substance used to treat liver cancer. When combined with a healthy diet, Coriander is believed to be effective in preventing certain cancers such as liver, breast and colon cancer. We believe everyone seeking “optimal health” needs to incorporate this Coriander Oil into their daily ritual. 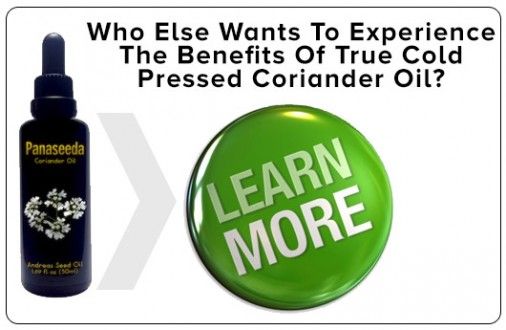