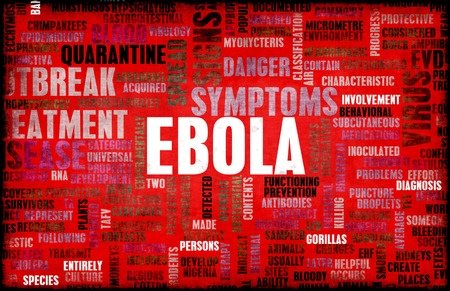 There has been a ton of concern and talk about the current Ebola virus outbreak in West Africa.

Let’s take a closer look at this issue and see if that concern is justified or not.

I’m sure that by now you have heard about so called “deadly virus” that can do catastrophic damage to a country and its people. But is it really as bad as the media wants you to believe?

To tell you the truth, it’s not an Ebola epidemic. It’s worse….It’s an epidemic of fear and misdirection! And this epidemic is caused by the belief that, in the case of Ebola, it’s the virus that has the most potential for wide spread damage.

This is simply not the case. The greatest damage comes from not having a balanced understanding as to what health threats we truly are faced with.

So let me explain what there is to fear, why there is cause for optimism, and what actions need to be taken.

EBOV, or the Ebola Virus, is a pretty simple, single strand of RNA that produces hemorrhagic fever — in its later stages it destroys the walls of blood vessels and causes a host of horrific symptoms.

Ebola, though many are just now hearing about it, is nothing new. It’s been around and playing havoc since the early 1970’s. Incidentally, it has not sweep the whole continent of Africa nor has it jumped all over the globe in epidemic fashion.

When seeking to understand viruses one thing that is important to understand is something called the critical number or Basic Reproduction Number.

What Are We Dealing With?

In epidemiology, the basic reproduction number of an infection can be thought of as the number of cases one case generates on average over the course of its infectious period, in an otherwise uninfected population. It’s the term or representative number that authorities use to assess our ability to contain an outbreak. This Basic Reproduction Number, R sub zero, is usually spoken as “R Naught.”

If R naught is less than one, the disease dies out over time. If greater than one, it means it can grow, so the bigger the number, the faster it grows.

Let me give you some perspective…

There was a deadly outbreak of influenza in 1918 within the United States, it spread easily by airborne droplets from sneezing and coughing, it had an R naught of 2-3. This means that every infected person infected two to three more. Measles, which is completely airborne, is extremely infections with an R naught of 12-18.

Ebola, in its present form, has an R naught of only 1-2. That number is very very low, because Ebola is not transmitted either through the air or even through droplets, like measles or the flu.

To contract Ebola from a human, you need to be in direct physical contact, with a visibly symptomatic carrier, and even then the virus cannot pass through healthy skin but has to enter through the mouth, eyes, nose, cuts, etc. Then it has to make it past the human immune system. But more on that one in a minute.

This is why all the people we are hearing about in the media were, wait for it…..health care workers. They were in direct and repeated direct contact with symptomatic patients without using proper precautions at all times.

So even at that R naught #, that’s still a positive number, albeit a low one, and that means the disease can spread. But the one thing that we need to keep in mind is that the existing reproductive rate of 1-2 for Ebola is artificially much, much higher than it would be here in a developed country such as America, because it is derived from conditions we now see in West Africa, where hygiene and sanitary conditions are appalling and effective isolation virtually impossible.

Ebola Is LESS Viral That The Common Flu!

Ebola’s relatively low infection index is as high as it is almost exclusively because of poverty, lack of proper education, lack of health care resources, and burial customs in African culture, where tradition dictates that relatives wash the blood off the infected bodies by hand – blood that in the case of Ebola is extremely contagious, and there are not a lot a lot of rubber gloves or surgical masks in West Africa.

And here is another factor: Ebola is not just spread by contact. It is also spread by fear. In Africa that fear also drives these numbers much higher than they would normally be.

For instance, on September 18th of this year, at least 8 government health workers and journalists were found hacked to death in a latrine in Guinea, murdered in cold blood by villagers who thought they were in fact spreading the disease intentionally.

There are reports of relatives breaking into hospitals in West Africa, assaulting the medical staff and removing, by force, extremely infectious individuals while shouting “There is no Ebola!”

Riots have broken out in Guinean cities, when health workers who were spraying disinfectant were thought to be spreading the disease. When a population attacks health workers, doctors and hospitals, instead of embracing them — well that isn’t a good thing. Luckily, we will not see that type of behavior here.

Now despite these positive factors, this outbreak is in fact a very serious condition. Ebola, unlike most viruses, which can survive outside of a living body for only a few seconds or at most a few minutes, appears to be able to remain viable for many days. So it’s a very persistent agent; hence the biohazard suits you so often see. And, of course, once contracted, the disease is extremely lethal: fatality rates as high as 90% untreated and at least 50% under good conditions and treatment.

So this is, in fact, a very serious problem but not an unmanageable one or one we need to fear much less panic about— especially if you live in a developed country. I suspect more people are going to die before those riddled with fear get their sense about them. But the case of it breaking out into our population the way it has in West Africa is absolutely remote.

What is interesting is the compare and contrast to a much larger potential problem of disease introduction into the US.

At present, it’s easy to see that our federal authorities don’t seem to give a second thought when large numbers of individuals come into this country carrying various serious infections both virus AND bacterial.

This may come as a surprise, but microbes such as communicable virus and bacterium are no respecters of persons, politics, or social views. They discriminate against noone and are equal opportunity infectors.

So here is the light that needs to be shed on this situation. Regardless of how you are wired or what prism you look through, the best defense that we all have is our own mind and actions.

Like I said earlier, the problem is fear and misdirection. You see, fear, is ONLY present in the absence of information.

All you have to do when you find yourself holding hands with fear in the dark, is seek the light. And knowledge is light and light is the best sanitizer. It is truly the best way to dispel fear and misinformation.

The Media NEEDS You To Be Scared…

Do not rely on what is dosed to you via the entertainment knuckleheads we see on TV or hear on social media. They need to keep your attention to get those advertising dollars! Think about it, do you see how producing fear keeps you tuned in and at the edge of your seat?

It’s never been more important to find out for yourself, and always seek to ask questions. Like I said, Ebola has been around for 40 years and at present there is a small outbreak in just a few countries of west side of the continent of Africa.

There is no need for panic or fear. Much less a conflated idea that we somehow have to get the US government and military to rush in and save us all. No one in our general population has ever been infected, not one.

I see all the 100’s of millions of dollars and all the attention being given based on fear. I can’t help but to think about how all that money could be better spent on educating the people of these effected countries and cleaning up their communities, building clean homes, water and sewer systems.

So this great epidemic of fear is costing so much but doing very little to correct the true roots causes of disease.

Now, back to that mention of the human immune system I referred to earlier.

Second, only after the power of knowledge in our mind, is the health of our immune system when it comes to combating little bugs like Ebola. Because what makes the difference between those who die from such infections are those who’s immune system is not compromised and has the innate capacity to fight and even respond to medical treatment if needed.

What actions we all need to take are those that promote and protect our health from diseases that are truly epidemic. These being of course our chronic disease epidemics of CVD, Cancer, Diabetes, and Obesity. Which, collectively kill 1000’s and 1000’s of people every single day without fail. Talk about an outbreak! Well this outbreak is global and has been going even before Ebola for crying out loud. 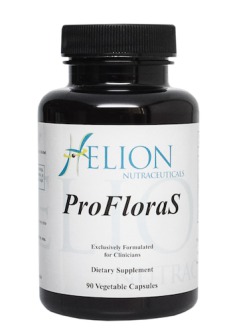 Now, medical science knows that 70-80% of your immune system is in your GI tract. This is a fact. So it only makes the greatest sense to devote a lot of attention to that. We do this by healthful eating and selection of foods we stick in our mouths and maintaining the health of our microbiome.

The best way to do that is to take a high potency probiotic like mine called ProFloraS. ProFloraS provides the best multi-dimensional support for both the upper and lower GI tract for digestive and immune health . This concentrated formula supplies a proprietary blend of 11 beneficial probiotic strains to relieve recurring functional bowel discomforts and intestinal irritation as well a fortify healthy intestinal mucosa that governs immunity and hormonal function.

>>> Boost your immune system with my probiotic

Realize, not every single person who comes in contact with a person infected gets infected. Why, because it’s a matter of proper precautions, hygiene, and a healthy immune system. This is where ones focus should be. Throw out the hand sanitizer and increase your frequency of washing your hands. Keep your environment clean. This even means all those digital devices that never get a bath like your phone and keyboard. Get more than enough sleep and get beneficial probiotic bacteria in your intestines regularly.

So there is great reason for optimism when it comes to the Ebola headlines. I strongly urge you to research for yourself and know what the truth is regarding infectious diseases.

Above all else, empower your mind and your immune system, then you will be free of all the stress, worry and fear that perpetuates even more misdirection.

So now that you’ve read this article, understand the truth about ebola, and know what to do next, it is your turn to share this important information to family and friends. If you’re ready to inspire others, do it now.

Dr Anthony Beck is an author, speaker, and leader in the medical world with over twenty years experience comprised in the areas of Functional Medicine, Chinese Medicine, Clinical Nutrition, Orthomolecular Medicine, Hormone Replacement Therapy, Sports Medicine and Exercise Physiology. He is guided by a philosophy of “patient care” rather than “disease care”. Utilizing a Balance Protocol combining cutting edge science with ancient wisdom of nature he is able to remove disease and help you attain perfect health.