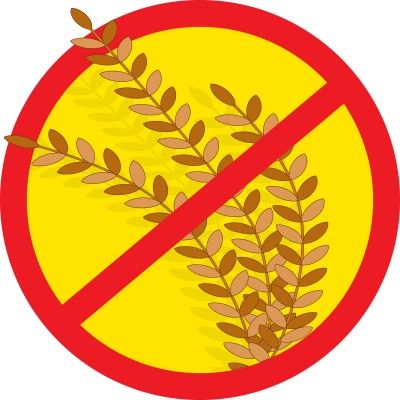 Gluten is a huge topic today. So many books, cookbooks, and people are talking about it. Many are even turning to gluten free options.

How much do you actually know about gluten. Is it really that bad for you? How does gluten affect our body? What are the symptoms of gluten sensitivity?

I’m gonna answer all these questions and share the truth on this popular topic. Listen to the interview I did with Jefreaux Peairs below

Gluten term is a large category proteins found in ALL grains. If it’s the seed of the grass it will contain a gluten. The one that has gotten the most attention is that of wheat called gliadin.

Most people referring to gluten free is specific to wheat, rye, or barley. But not all grains that have a gluten or glutens that have toxic and harmful impact to the human body.

So the importance is to understand the term gluten and the fact that every single grain contains a “gluten” protein. However, certain ones are more toxic than the others.

It’s a mixture of proteins found in ALL grains

Not everyone is sensitive to gluten but it is an inflammatory food for the vast majority it is.

People get caught up in terms and understanding this topic. They will simply expect someone to tell them how to eat. This is where people run into trouble. This is because recommendations require more information on the patient based on testing, in order to know what is best for you.

Gluten has been linked to over 200 human diseases. Wherever someone’s weak link in their bodies systems biology is where glutens can cause a break in the chain. There are tons of symptoms that can be attributed to gluten sensitivity. Matter of fact, any and all can be.

Symptoms from gluten sensitivity can be all forms of inflammation, pain, gastrointestinal disturbances, and autoimmune disease.

“No human can digest Gluten. And causes permeability in everyone.” -Dr. Lesio Pasano, Scientific America – 2009

When gluten is consumed it goes into the intestines where it is covered in micro-villi and make up the intestinal lining. The inside is like shag carpet. Gluten proteins can cause bad reactions that disturb these villi and cause them to erode and become like berber carpet.

After this happens, protection function of this lining is imparted and holes in the lining occur causing leaky gut. Inappropriate size and selection of particles enter into the blood stream and the immune system responds with inflammatory chemicals.

Reactions can manifest in hours to weeks later due to the bodies response at different rates.

The gastro lining heals almost immediately because the intestinal wall cells are the fastest growing cells in the body. But the key is to realize that if you live the cycle of repeated dose of this kind of damage it causes problems.

At some point the healing gets overwhelmed and doesn’t repair anymore. Then you start getting symptoms. The body cannot tolerate this endlessly.

Gluten can yield diseases affecting all systems, all organs, all tissues. If you have any symptom regardless of where it manifests in your body no matter how big or small, gluten absolutely COULD be a culprit or contributing factor.

But even if there are no present symptoms, this does not mean gluten is not causing problems. This is because inflammation is often silent.

Our gastrointestinal system works so much harder today than ever before. On top of that, we get hit with GMO foods that have double the amount of proteins!

There is no question in the literature in the topic of cross reactivity. In practice it highly prevalent that those reactive to gluten will have cross reacts.

Patients ask me if they should stop eating gluten. The truth is that it can only be found within the body and proven by testing.

The reason gluten has become such a problem is because we forced the narrative that people should eat 8-12 servings of grains per day. So this drove the market. The market then took advantage of manipulating the seeds genetics to yield higher outputs from crops. This is why genetically modified (GMO) grains have become the frankensteins.

We manipulated the genes of plants but the genes of those eating them have not adapted to them. Our systems do not know how to respond to them, digest them or prevent their damage.

Then they spray these grains with pesticides, fungicides, and even antibiotics. These residues stay on the grains and humans eat those too.

Now there comes in the market response with “gluten free” foods. Just because a product is labeled gluten free does NOT mean it does not contain gluten. The label standard is “certified gluten free” can have 20ppm of gluten and still be called that.

And just because something is gluten free does not by default make it healthful. Most labeled gluten free products are processed packaged products.

The substitution of gluten is to fill your eating habits with healthful veggies, animal proteins, nuts, seeds and berries etc. If one insists on consumption of gluten, make sure it’s from non-GMO sources. Unless something is labeled as non-GMO, you bet that it’s in fact GMO.

Dr Anthony Beck is an author, speaker, and leader in the medical world with over twenty years experience comprised in the areas of Functional Medicine, Chinese Medicine, Clinical Nutrition, Orthomolecular Medicine, Hormone Replacement Therapy, Sports Medicine and Exercise Physiology. He is guided by a philosophy of “patient care” rather than “disease care”. Utilizing a Balance Protocol combining cutting edge science with ancient wisdom of nature he is able to remove disease and help you attain perfect health.