Far be it from me to ever get excited about a single herbal compound. As botanical advocates we are usually taught that the greatest benefits are gotten from plants in their full glory, as nature intended. Isolating a plant extract compounded to often much higher concentrations as is done in the natural supplements as well as the drug industry does not jive with many herbal traditionalists. Yet despite challenging such convention, there is precedent for this modern day attempt to optimize Mother Nature. Think of the heart drug Digitalis, gotten from the Foxglove plant, or the anesthetic Novacaine, derived from the Coca (yes where cocaine comes from) plant, or even Curcumin, the alkyloid extracted from the prized Turmeric root. These are but a few examples of how scientific ingenuity has been able to maximize the benefits of what nature has provided for us.

Touted for centuries across cultures for its numerous medicinal, industrious, and environmental uses, medicinal Cannabis has been the subject of great debate, misunderstanding, and revere in current times. Until recent years, Cannabis has been regarded almost exclusively in the context of its most abundant component, THC, or tetrahydracannanibinol. Cannabis has thus historically been noted strictly for its psychoactive (gets you high) properties and is shelved in most scientific circles as purely recreational (not to mention federally illegal) and not worthy of valid research. Fortunately, there have been a number of progressive thinkers worldwide who have given this incredibly medicinal plant the much needed attention it deserves as reflected in the tens of thousands of research papers delivered over recent decades. And while THC has been the subject of most of that research, another hidden treasure has been gaining ground recently that may show as much, if not more merit going forward.

What if I told you there were a natural compound that could exert a beneficial effect on virtually every organ and bodily system while positively impacting and preventing numerous acute and chronic disease conditions, all with minimal to no side effects? You’d likely say, “Heck, sign me up!” Well CBD is what a number of the patients in my practice have been requesting and fortunately the law so far has been in our favor to legally see that they get it.

Cannabidiol, or CBD is the second most abundant cannabinoid (medicinal extract) of the Cannabis plant. Why we’re so excited about it is because, unlike its big brother THC, CBD is not psychoactive and does not cause cognitive impairment (1). This sets up CBD as an extremely practical and therapeutic option for a variety of populations, especially in children, the elderly, and the gravely ill. This is huge, folks. 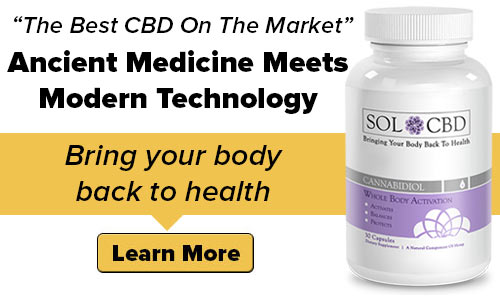 CBD is all the buzz lately. Be it for childhood epilepsy, pain due to spinal injury or osteoarthritis, immune disorders like MS, Lupus, or Crohn’s disease, or neurological disorders like Alzheimer’s or Parkinson’s, or even cancer, the public’s cries for a potential solution have been answered. The majority of these individuals, at least in my chronic disease practice, would never even consider using marijuana to address their ailments. But when occasional anecdotes are routinely usurped by consistent, real experiences, people start taking notice. In the current age of information and social media this reality is only going to more realized and the powers that be are going to be forced to respond.

A lot of this here can easily be Googled, so I will offer just a brief overview of CBD’s medicinal benefits. Trust me, in future blogs I will address the science of exo- and endo-cannabinoids in much greater, so hold tight. Suffice it to say here that CBD’s antioxidant, anti-inflammatory (2), anti-emetic, and anti-tumorigenic properties (8,9) explain why this magic molecule shows promise in the reduction of pain and spasm, raising of seizure the threshold in epilepsy (3-5), treatment of sleep disorders (6), and providing an adjunctive role in many cancers as well as lessening chemotherapy-induced nausea and vomiting (7).

Don’t let the term ‘non-psychoactive’ fool you. CBD does play a significant role in treating a variety of neurological and psychiatric disorders. Due to its neuroprotective effects, we are seeing conditions such as Alzheimer’s, Parkinson’s, Huntington’s (16, 17), anxiety (14), depression (15), and schizophrenia showing positive turnarounds with CBD (10-13). The way it works is very fascinating. Partly due to its inhibitory effect on THC’s attachment to CB1 receptors in the brain, partly due to its ability to boost serotonin availability and effect, independently of affecting CB1 receptors directly (7), and partly due to its antioxidant properties, CBD is able to exert such broad reaching neurological and psychological benefits.

I am seeing these results in real time in my patient practice. When used in the context of an overall healthy lifestyle that incorporates proper diet, exercise, stress management, and targeted supplementation, CBD is incredibly beneficial for the prevention and possible treatment of a variety of acute and chronic illnesses.

Modern science is more likely to look at the individual chemical components of a plant rather than acknowledge the healing properties of it in its entirety. Fortunately, the current research trends in CBD are showing great promise in forcing science to look more seriously not only at CBD but at medical marijuana as a whole. With a law for medical marijuana in 24 states, including DC, at the time of writing this piece, our voices are being heard. We must keep our foot on the gas though and not let up because this is too important to let slip away.

Dr. Carlos Santo is a licensed Naturopathic Medical Doctor and Acupuncturist in Phoenix, AZ. He has been a patient advocate for responsible medical marijuana use since the Arizona state law was passed in 2011. In his clinical practice since 1997, Dr. Santo has always researched the best possible therapies to incite the healing power innate to all of us. In addition to his private practice, Dr. Santo is the medical director of four state-licensed marijuana dispensaries where he facilitates staff and patient communication, education, and training. He welcomes questions and feedback (as long as you are nice, because he is).