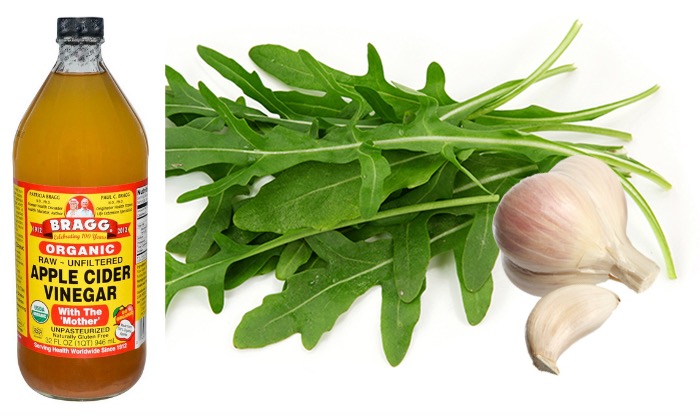 Interested in using ancient medicine to boost your health naturally?

By Nick Polizzi.
Every week, we receive emails from folks who are eager to get ahold of the jungle medicines that were featured in the Sacred Science film. My first question to these passionate seekers is, “Have you explored the traditional herbal remedies that are available in your neck of the woods?” More often than not, the answer is no.

Yes, there is something intoxicating and mysterious about paddling down a foliage-entwined river to a remote village where there is rumored to be a powerful shaman. But similar practices exist all over the world, and many are available in or near your home. Today I’m going to focus on 3 ancient medicines that are so easy to find that they may already live in your kitchen!

I’d like to start with Allium sativum, or garlic – not only out of respect for my Italian roots, but because it is quite possibly the most potently practical medicinal herb on the planet. We all know this strong-charactered little bulb for its delicious flavor and aroma, but I’m often baffled by how few people use it medicinally for its plethora of healing applications.

This wasn’t always the case. As recently as 60 years ago, garlic was a crucial component in the standard issue medical kits that were carried by medics in the United States military in both World War I and II to treat wounds. Its anti-bacterial and anti-fungal properties have been praised for millennia.

In terms of versatility, there are very few herbs that compare to garlic. It is an effective blood thinner, anti-bacterial, anti-fungal, anti-viral, anti-oxidant, and immune system stimulant that promotes heart health and is also proven to lower cholesterol.

My favorite use: garlic can literally knock out a cold or flu in less than 24 hours if used in conjunction with the right dietary protocol and adequate sleep.

The best way to take it? Raw. Yes, this can be intense, but if it’s a little hard on your palette imagine how uncomfortable it is for the critters in your gut that are making you feel lousy.

If I was only allowed to keep one herb in my medicine bag, garlic would be it.

Talk about an ancient household remedy, Malus sylvestris, or apple cider vinegar, has been used since the beginning of recorded history. Archaeologists have found Egyptian urns dating back to 3000 B.C. that still contain remnants of the stuff! Hippocrates, the father of modern medicine, prescribed apple cider vinegar for a variety of different health issues – and guess what? Both clinical and alternative medicine practitioners still recommend it as a great way to
keep the doctor away.

Because of its anti-fungal, anti-bacterial, and anti-viral properties, apple cider vinegar has a number of medicinal applications.  It is often gargled to treat sore throat, applied to the skin for wart and mole removal (a dab each night can yield very positive results), applied to the face for acne care, and ingested as a cold and sinus infection treatment.

The above applications alone would make this a valuable item to have in your kitchen, but there are recent studies that indicate that apple cider vinegar may be beneficial for more serious health conditions as well. 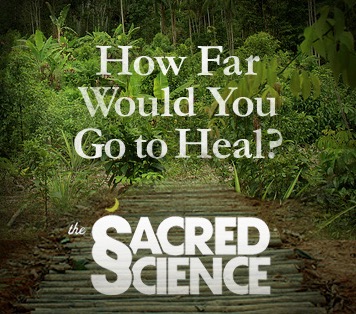 A 2004 study published by the American Diabetes Foundation found that type 2 diabetics experienced some very promising results when taking a dose of apple cider vinegar before meals. On average the diabetics who participated experienced a 25% improvement in their blood glucose levels – which is quite a feat.

New cancer studies are also pointing to apple cider vinegar as a promising anti-cancer food, particularly in the slowing of cancerous cell growth and the prevention of the formation of new cancer cells.

Just about everyone I know uses Bragg’s apple cider vinegar because of the company’s long-standing track record of consciousness and selfless service to those in need.

This last herb isn’t one you would necessarily find in your pantry, but just about every lawn in the United States is adorned with this bright cheery flower at some point in the year. We’ve been trained to look at these yellow sun bursts as weedy pests, but you only need to watch a child interact with one to know their true beauty.

Its common name is a corruption of the French “Dent de Lion” or “lions tooth” – a reference to its jagged, toothlike leaves.

My friend and wild food expert, Daniel Vitalis, says that the herbs that our body needs the most tend to grow within a mile of us, just another way that mother earth looks out for her children.

Given that the standard American diet is often heavy handed with processed meats, refined sugars, pesticide laden produce and little to no living food, the greatest gift that Pachamama could bestow upon us would be an incredible detoxifier right? Well, look no further than your front yard because the Taraxacum officinale is exactly that.

To put it simply, dandelions are your liver’s best friend. Yes, your liver, the second largest organ in your body, which among many other duties serves as your body’s filter. If you have been eating “naughtily” and feel as though you have gunkily guk (my own scientific term) built up inside of you, the first course of action is to a) change your diet and b) nurture your liver so that it can process the toxins you’ve ingested and safely remove them from your system.

The best liver cleanser I know of is freshly brewed dandelion root tea. And I’m not alone in this theory. Folk healers and doctors were prescribing this long before our time. Another delicious way to promote liver health is to add dandelion greens to salads or sauté them alongside your protein.

A question, just for fun:  Every family has someone who plays the “granny healer” role – who is it in your house?

In closing, I have a small confession to make. In my house, when someone is coming down with an illness, the healer in me turns on almost too eagerly, like a golden retriever leaping into action after a freshly thrown frisbee. What can I say? I love this stuff.

Nick is currently offering a free screening of Sacred Science, click on the image below to watch it now

Nick has spent the past four years directing and editing feature length documentaries about holistic alternatives to conventional medicine. Most recently, Nick directed “The Tapping Solution" and co-edited "Simply Raw - Raw for 30 Days". His current role as Producer of "The Sacred Science" stems from a calling to honor, preserve, and protect the ancient knowledge and rituals of the indigenous peoples of the world.