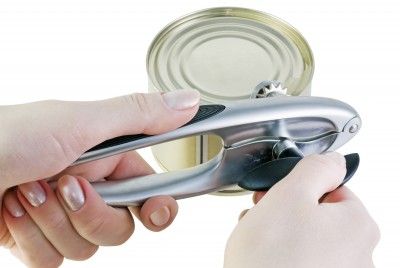 (BeWellBuzz) Many of us readily pick out coconut milk, baked beans and tomato sauce from supermarkets without so much as batting an eyelid. In fact, if you’re a mom and have fed your child out of jars and cans, you’d probably have checked the list of ingredients too. But that list conveniently leaves one mysterious ingredient out – BPA!

What mothers and other consumers fail to realize, is that we endanger our health – and those of our children – by buying  foods available in cans, packed with an estrogen-like chemical called bisphenol-a or more commonly known as BPA. This inconspicuous chemical is found in most canned food as well as food packed in glass jars lid lining, and plastic bottles.

How harmful is BPA exactly?

BPA is an endocrine disruptor which imitates estrogen and is known to cause harm to fetuses and pregnant mothers in particular.

According to the Mayo Clinic, the National Toxicology Program at the Department of Health and Human Services has “some concern” about the consequences of being exposed to BPA. The effect of BPA on the brain, behavior and prostate gland of fetuses, infants and children are a cause for concern, in particular.

In addition to these, BPA can also cause particular harm to both male and female reproduction, reduce the effects of chemotherapy and even cause asthma. Moreover, a Yale School of Medicine study in 2008 found a connection between BPA and interference with brain cell connections essential to memory, learning, and mood. Therefore, we see that BPA affects miscellaneous parts of the human body in different ways.

For these reasons, some governments including that of Canada and the European Union countries have banned the use of BPA in baby bottles.

The main problem with BPA is that it insidiously creeps into the human body. Once plastic containers containing BPA are heated, washed or stressed, the chemical leaks out and enters our system. According to an article in TIME magazine “Perils of Plastic”, BPA was found in the urine of 93% of surveyed Americans over the age of 6.

It would seem that avoiding BPA is nearly impossible in the modern world. But, perhaps the main question is: Is BPA something we should be so concerned about?

Beyond a reasonable doubt!

Though a multitude of studies have been carried out in order to measure the harmful effects of BPA, not many conclusively state that it is directly responsible for health hazards.  As recently as in April 2012, the Food and Drug Administration (FDA) rejected a petition filed by an environmental health action group (Natural Resources Defense Council or the NRDC) to ban the chemical. This proves that BPA is not explicitly harmful to human health.

Moreover, a study carried out by the Pacific Northwest National Laboratory in Richland, WA proved BPA is not as harmful as people may perceive it to be. The study (funded by the Environmental Protection Agency and released last summer) was conducted on 20 people who consumed canned and bottled foods, known popularly to hold large amounts of BPA, three times a day. Their urine and blood were then measured for BPA. The study revealed that after eating these foods, the subjects displayed higher levels of BPA exposure than individuals in other BPA studies. However, it also found that these people rapidly absorbed, detoxified and eliminated the chemical. No bioactive BPA type was found in any of the 320 blood samples.

Err on the side of caution

So, what is one to conclude about BPA? Is it best to avoid it or simply not worry about it? Though most researchers have found connections between BPA and its harmful effects to humans, particularly fetuses, infants and pregnant mothers, there is also evidence to prove the contrary.

As with any other health concern, it would be wise to simply avoid taking the risk of harming you or your family’s health by avoiding foods that are packaged using BPA. Though it is found in many household goods nowadays – from CDs to baby bottles, it is not impossible to avoid this seemingly obscure substance.

So, next time you want to make spaghetti with marinara sauce, make it a home cooked meal made fresh – from scratch – instead of being tempted to pick out that jar of already prepared sauce or canned tomatoes.